Gabbard acknowledged that the problem has grown gradually over a number of years, from Obama all the way through to the current administration. 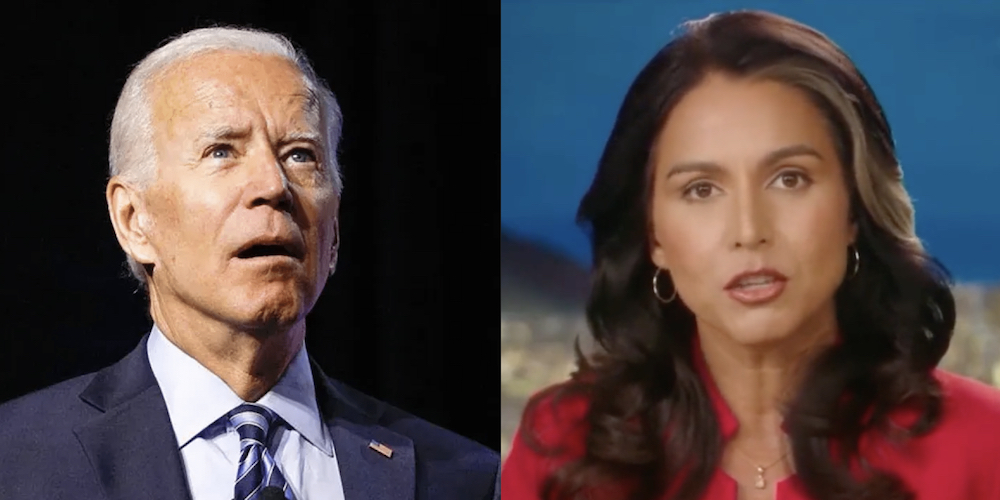 Over the past few weeks, certain events have caused many to suggest that the Biden administration is "weaponizing" federal agencies against political opponents.

Among those sounding the alarm is former Democratic congresswoman and presidential candidate Tulsi Gabbard, who expressed her concern in an interview with FOX News and then posted it to Twitter.

Gabbard claimed that the Federal Bureau of Investigation and Department of Homeland Security were being weaponized by the Biden administration, however she first directed her ire at the Internal Revenue Service, and the Democrats' plan to increase the number of staff at the agency.

Gabbard went on to point out that the IRS has a criminal division with the power of law enforcement, adding, "It's not a theory" that the IRS has "abused their power to go after political opponents." To prove her point, she cited the case of Lois Lerner, who as a member of the Obama administration was "directly targeting blatantly conservative organizations." She also acknowledged that the problem has grown gradually over a number of years, from Obama all the way through to the current administration.

"Everything from the IRS, to Department of Homeland Security, their counter-terrorism division, the FBI, the Department of Justice, we are seeing how they are more blatantly in broad daylight being weaponized to target political opponents of those in power and anyone who dares to dissent or question or challenge their actions and policies."