WATCH: White House press secretary says Biden 'has his own view' on court expansion—refuses to say what it is

Psaki obfuscated and refused to give any indication as to the president's view on how many seats there should be on the court, or who, if they should come into existence, would fill them. 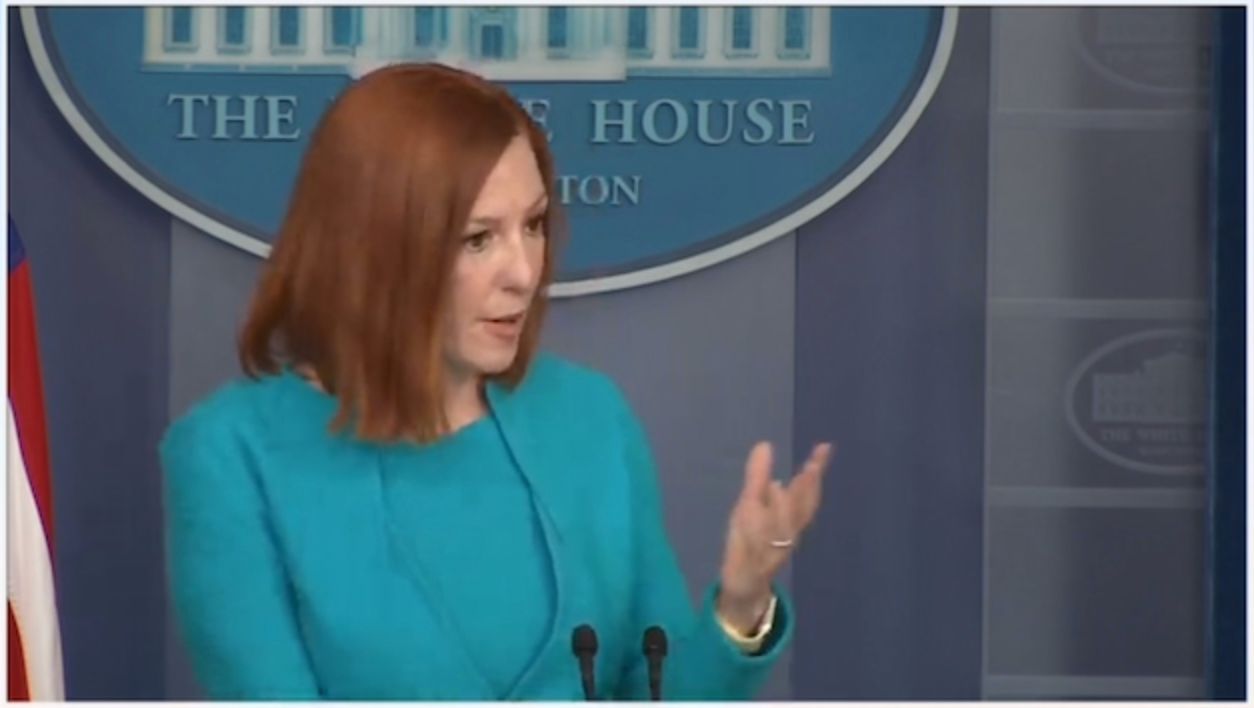 Reporters asked White House Press Secretary Jen Psaki about the Biden administration's opinion on the expansion of the Supreme Court, a plan which has been proposed by Democrats in Congress.

The plan would increase the size of the Supreme Court from nine justices t0 13. The plan was proposed by the House Judiciary Committee, and as they stated, was in direct response to the court's current justices being majority conservative.

Psaki was asked if the president approved of the bill. In response, Psaki referenced Biden's executive order from last week, which is planning to review the issue. She said that the President is planning to wait for what the report says before making a determination.

The reporter noted that Representative Jerrold Nadler, the Chair of the House Judiciary Committee, was the one bringing the bill despite the executive order, or in fact because of it.

Psaki said that the president "may or may not support it," and did not offer the president's view on whether he would like to see an expansion of the court. "He has his own view," she said, but would not expand on what that was.

The reporter asked additionally as to the link between the expansion of the court, and the filling of those new, four seats with Democrat, left-leaning justices.

Psaki obfuscated and refused to give any indication as to the president's view on how many seats there should be on the court, or who, if they should come into existence, would fill them.

During the election season, Biden was repeatedly asked about his view on expanding the court or so-called "court packing," which means expanding the size of the court in order to explicitly "pack" the bench with ideological allies.

In 2005, Biden called the concept of expanding the Supreme Court, and filling it with specifically allied judges, a "corrupt power grab."

At the time, then Senator Biden of Delaware argued against any kind of court-packing, saying:

"Let me describe in some detail the summer of '37. [Frederick Delano] Roosevelt had just come off of a landslide victory against Alf Landen. He had a Congress made up to solid New-Dealers, but the 'nine old men' of the Supreme Court were thwarting his agenda," Biden started off.

"In this environment, Roosevelt–and remember this old adage about 'power corrupts; absolute power corrupts absolutely'–corrupted by power, in my view, unveiled his court-packing plan."

Biden's executive order reads that its purpose is: "...to provide an analysis of the principal arguments in the contemporary public debate for and against Supreme Court reform, including an appraisal of the merits and legality of particular reform proposals. The topics it will examine include the genesis of the reform debate; the Court's role in the Constitutional system; the length of service and turnover of justices on the Court; the membership and size of the Court; and the Court's case selection, rules, and practices."

Later in the Thursday press conference from the White House, the press secretary said that Biden's view on court expansion and packing "had not changed," however that did lead reporters to question why he's enacted executive plans from the Oval Office to consider and recommend changes to that storied court.