WATCH: Woman beaten with kitchen pot, robbed of her walker and credit cards in Manhattan

According to police, the group took the women's walker and credit cards. The victim is now recovering from her injuries at Harlem Hospital. 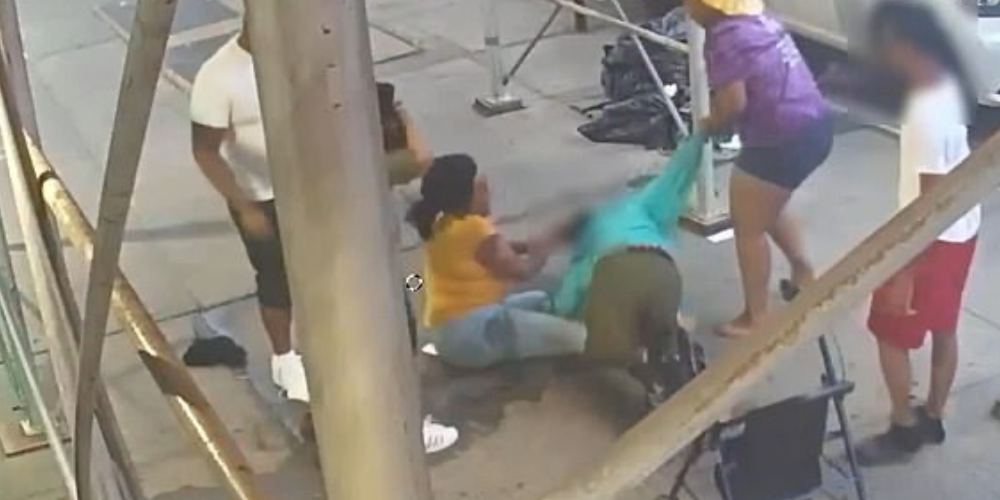 A 61-year-old disabled woman in New York City was beaten with a kitchen pot and robbed of her walker and credit cards on Thursday in Manhattan's Harlem neighborhood.

The NYPD reports that the incident on the corner of 151st Street and 8th Avenue at about 8:20 pm on Thursday. The NYPD released video of the group confronting the woman, dragging her to the ground and beating her with a cooking pot.

According to police, the group took the women's walker and credit cards. The victim is now recovering from her injuries at Harlem Hospital.

Police are searching for the attackers and put out a call to help on social media. This makes yet another case of a woman over the age of 50 being attacked in New York. Other incidents happened on July 2, when a 76-year-old woman was shoved to the ground, and on July 9, where a 70-year-old woman was attacked while on her way to a doctor's appointment.

New polling for the New York City mayoral race shows that Democrat voters care more about crime than police reform and that even Democrats think there should be more police in the streets to help fight the new wave of crime. Support for more uniform police is even higher among black voters and low income individuals. Voters are split down the middle when asked if New York is heading in the right direction or the wrong direction.

The polls conducted by Spectrum News NY1 show that 46 percent of Democrats in New York say that crime is the biggest issue facing the city, while only 12 percent said police reform. 69 percent of Democrats say they want more police in the streets and in the subway system while agreeing that this will have the biggest impact on reducing crime. Among black voters, 77 percent say they would like to see more police officers in the subway.

Eric Adams, who is a former NYPD officer and has won NYC's Democratic primary, opposes defunding the police and says those who lead the movement are "young white affluent people." He also has slammed New York's bail and reform laws, saying they also contribute to the rise in crime.