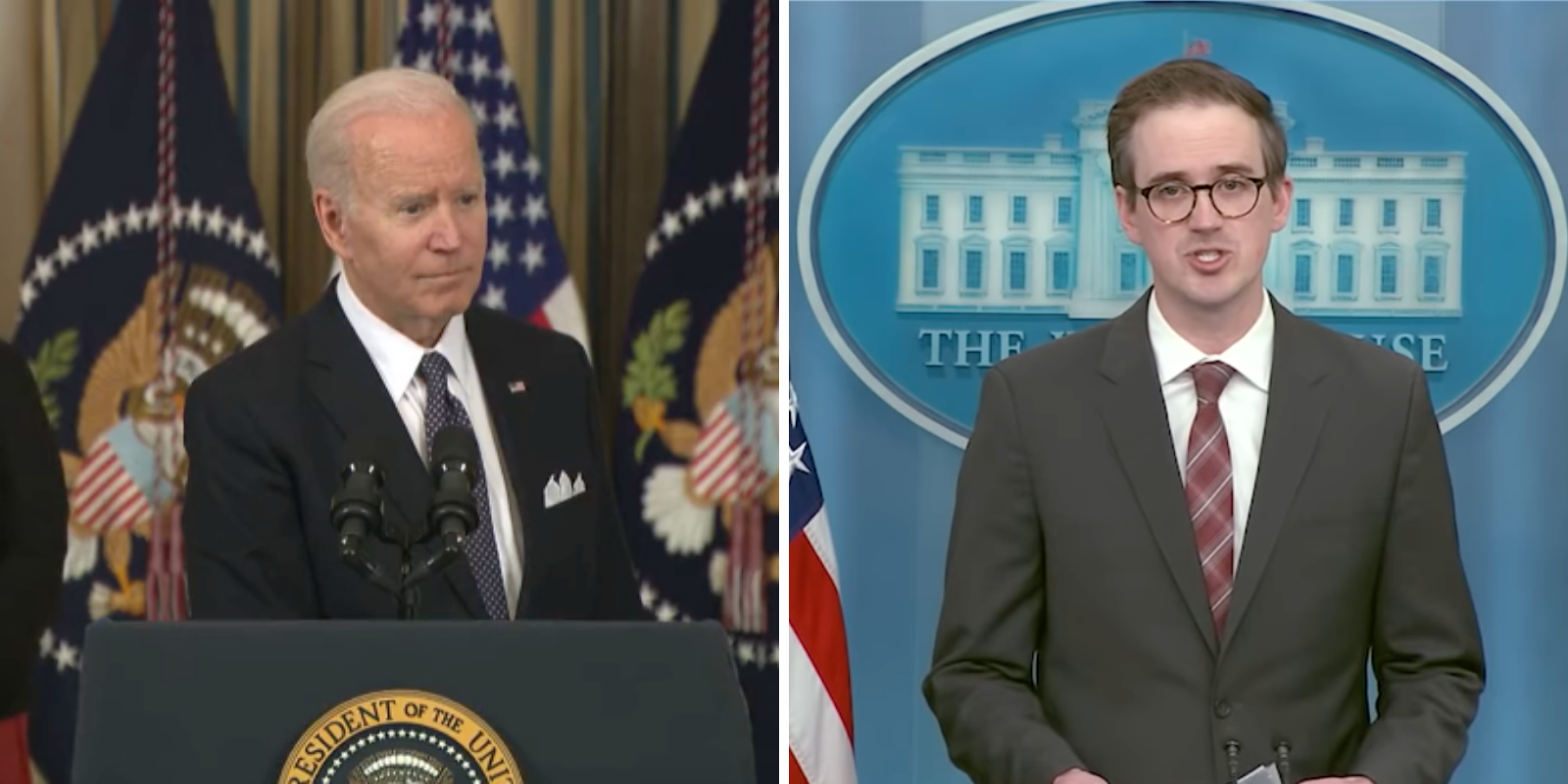 When asked during a press briefing on Monday about his reaction to the nomination hearings for Judge Ketanji Brown Jackson in the Senate last week, President Joe Biden said he hadn't seen any of the proceedings. On Tuesday, March 22, White House Deputy Press Secretary Chris Meagher said that Biden had "watched portions of Judge Jackson's hearing yesterday and today and is proud of the way she is showcasing her extraordinary qualifications..."

Did Biden watch some of the hearings or not? If he did watch them, why did he tell reporters on Monday he hadn't? If he didn't watch them, who made the statement on his behalf saying that he did and expressing his view on the proceedings?

On Monday, Biden was asked by a reporter "did you get any chance to watch much of the Judiciary Committee hearing?"

"I didn't get a chance to see any of it," Biden responded.

"The fact that Republicans were questioning Judge Jackson on matters like former sentences related to child pornography cases, or the definition of a 'woman.' Does that as the former chairman of the Judiciary Committee makes sense to you?" The reporter continued. Biden said that Jackson was qualified and would be "a great addition to the court."

But it was just last Tuesday that Biden's Deputy Press Secretary claimed that Biden had not only watched the hearings, but had detailed comments based on a close watching of certain aspects, including the questioning of Jackson by many GOP senators about her lenient sentences for child pornographers. The questioning about this went on for days and took up the time of multiple senators.

"The President watched portions of Judge Jackson's hearing yesterday and today and is proud of the way she is showcasing her extraordinary qualifications, her experience and her even-handedness, her dedication to following the facts, the law and our Constitution as an independent judge is clear," Meagher said on Tuesday Biden's behalf.

"He was also moved by the grace and dignity she has shown the deference to senators and the level of detail she is offering to reinforce the value of her experience, her intellect and the strength of her character," Meagher said vaguely of the President's response.

But then Meagher got into details about Biden's watch of the hearings, saying that "The President was particularly struck when reacting to Senator Leahy raising the broad support she'd received from the law enforcement community."

Was Biden "particularly struck" or was it someone on his staff who saw a good opening to source Biden's family and his vast experience with grief? And if Biden was particularly struck, then why on Monday did he say he hadn't watched any of the confirmation hearings?

"Judge Jackson spoke about her family members who have served as police officers saying 'I know what it's like to have loved ones who go off to protect and to serve and the fear of not knowing whether or not they're going to come home again because of crime in the community.' Those are not abstract concepts or political slogans to me as a former Chairman of the Judiciary Committee," Meagher continued, sourcing these emotions and comments to a man who said he hadn't watched the hearings.

"President Biden," Meagher said, "also appreciated her respect for the intent of lawmakers and the text of the law. He appreciated judge Jackson's commitment to stay in the lane of judges prescribed by the Constitution and her highlighting the importance of precedent." Again, it's unclear as to who "appreciated" Jackson's remarks during the hearing, since Biden said he didn't watch it. Did Biden not remember watching it? Did he not watch it? Did he authorize someone to watch on his behalf and make statements saying that he did watch the hearings?

"He was also struck by how she swiftly dismantled conspiracy theories put forward in bad faith," Meagher said. "They've been debunked by numerous fact checks, experts and the record itself." Was Biden watching the hearings with the kind of fastidiousness it would take to come to these conclusions, especially given that Jackson did not "dismantle conspiracy theories" but rather stated her view, and the view of others in the judiciary, that penalties for child pornographers who have multitudes of digital images was too harsh.

Did Biden watch the hearings or not? Who is lying?