A 20-year-old "former trans kid" spoke out about her experience of being pushed through medical transition and the devastating consequences of "gender-affirming" surgery. 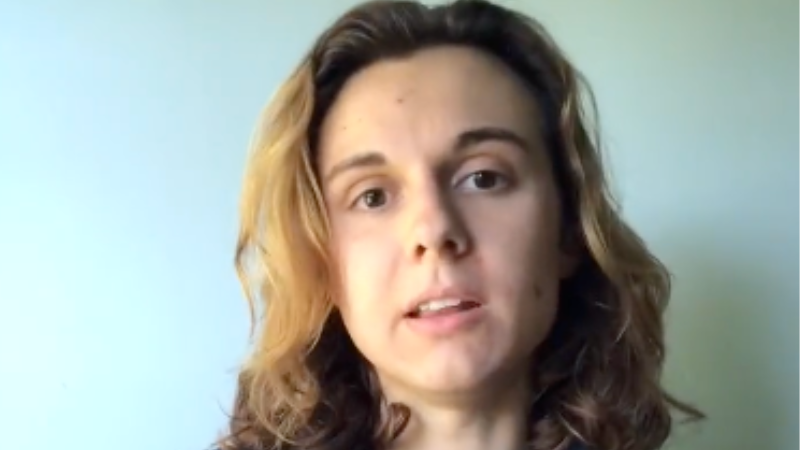 A 20-year-old detransitioned woman, who describes herself as a "former trans kid," has spoken out about her experience of being pushed through medical transition while she was just a child and the devastating consequences of “gender-affirming” care in the hope that her story will prevent other children from making the same mistake.

In a series of videos shared on her Twitter account, the young woman says she began transitioning when she was just 16-years-old and had a double mastectomy before she had even started to take hormones. She says she believes if someone at that time had just said no, maybe she wouldn’t be where she is today.


She says that she was lied to by the transgender community. Told that the normal discomfort of puberty was actually a sign that she was a boy, and that if she transitioned, she would feel "euphoric."

"Looking back, I think if someone at that time would have just said no, just told me no …it’s just a normal teenage thing to feel uncomfortable in your body, maybe I wouldn’t be where I am today."

But the affirmative model of care forbids doctors from saying no. According to the affirmation model, if a person says they are trans, then they are trans, and it is not the job of doctors to question that identity or explore where the feelings of discomfort have originated from.

In fact, in many places, exploration of that nature is considered to be conversion therapy. The affirmative model of care was adopted in the mid-2010s despite there being no evidence to support the approach, and has resulted in countless children and adolescents being inappropriately transitioned.

“It shouldn’t be this easy to get medical care for this kind of stuff,” continued the young woman in her video. “You shouldn’t be able to walk in and leave with hormones that same day.”

The lack of guardrails for such irreversible medical treatments available to young people is evident for all to see. It is common for children to be put on experimental puberty blockers on their very first appointment at the gender clinic, Planned Parenthood has a walk-in "gender-affirming hormone therapy service" which provides cross-sex hormones to anyone 18 and over without any psychological assessment or official diagnosis of gender dysphoria, and online telehealth hormone providers like Plume boast of how most people receive a prescription for hormones the same day as their first online appointment with one of their gender-affirming care providers.

Last month, The Post Millennial reported on a Plume doctor saying teenage girls can just "try out" testosterone if they so choose.

"I can’t just stand by and not share my experience when there’s children being pulled into this at this point," the brave young woman explained. "I am now 20 years old. I started medically transitioning at 16. I got a double mastectomy before I was on hormones, and then a few months later I was put on testosterone…earlier this year I stopped it because this isn’t the solution. Destroying my body, my life, I was a teenager. I didn’t know better."

"They will tell you it’s not happening. No one is giving double mastectomies to teenagers…It’s reversible. You can go back. But what if you can’t? It’s called irreversible damage for a reason."

Many proponents of gender-affirming care claim that no one is performing surgery on minors, but that is simply not true. A recent study revealed that 1114 adolescent girls had their healthy breasts amputated in the United States between 2016 and 2019.

This young woman’s story of being failed by the adults in her life, and by the medical professionals who were supposed to help her, is sadly not rare. There are so many young people out there telling the same story.

The documentary The Detransition Diaries tells the story of three young women who found themselves on the medical transition conveyor belt when they were young and vulnerable, duped into believing that they could become men and that medical transition would solve all their problems.

Another young woman recently told of how the soon-to-be-closed Tavistock gender clinic in London failed in their duty of care and allowed her to transition when she was just 14 years old.

"No alternatives offered, no pathways other than one towards medical transition ever tried. I was 14, you were the professionals who were supposed to safeguard. But you didn't, so I never got the chance to grow up into my body, and never will. Tavistock GIDS ruined my life."

"I’ll never be fully male…At this point, there’s really no going all the way back…I was a child when this happened to me…I sit here now, at 20, wondering if I will ever be able to have children, and hoping, praying, that maybe I did not damage myself beyond repair in that respect," the young detransitioned woman continues in her video.

"I share this in the hopes that people know that this is going on…it’s not for me at this point…but maybe some 14 year old that’s about to come out as something, or demand they go on hormones, will take a minute and think maybe I should wait. Because I truly believe, if I would have just waited until I was stable, if I’d gotten the mental health treatment that I needed. Waited until I was stable enough and didn’t have to take anti-depressants, then I would have been okay."

Many of the young people presenting to gender clinics also suffer from psychiatric comorbidities such as depression, anxiety, and a history of self harm, but under the affirmative model of care, all these are ignored and only the gender issues are treated. Dr. Hilary Cass, former president of the Royal College of Paediatrics and Child Health, in her independent review of the NHS pediatric service, called this "diagnostic overshadowing."

Several US states, as well as Sweden, Finland, and England, are waking up to the harm of the affirmative model of care, which a New York neurosurgeon recently described as "an extraordinary medical atrocity," and are banning medical transition for minors. However, many Democrat states and the entire nation of Canada continue to allow children and adolescents to make such dramatic, life-altering choices before their brains have even reached full maturity.
ADVERTISEMENT
ADVERTISEMENT
detrans woman