Jay Langadinos is now suing the Australian doctor, "devastated" with the fact that she is sterilized as a result of getting her female anatomy removed. 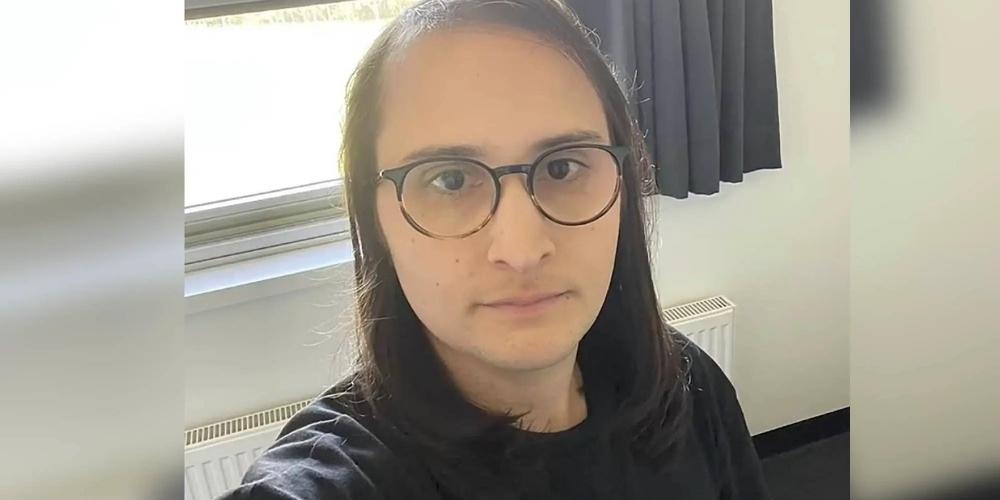 An Australian woman is suing her former psychiatrist who allowed her to begin medically transitioning to live and present as male at the age of 19. Jay Langadinos, now 31, is suing the doctor and is "devastated" with the fact that she is sterilized as a result of getting her female anatomy removed.

It was 2010 when Langadinos, a teenager who lived at home with her parents, sought out the care of Dr Patrick Toohey, reported the Sydney Morning Herald. According to a statement of claim filed in the Supreme Court of New South Wales in May, a referral letter from endocrinologist Ann Conway said it "seemed likely" Langadinos that had "true gender dysphoria," but she was "very young" and "clearly" needed "thorough psychiatric work-up before embarking on hormone treatment."

Toohey agreed that Langadinos suffered from gender dysphoria, which is when a person feels that their biological sex and their gender identity don't match, and decided that she was suitable for testosterone hormone therapy.

Langadinos saw Toohey a second time in February 2012 to have her breasts removed. Toohey allegedly found "no contraindication" for her to undergo a bilateral mastectomy. She had the operation in April of that year.

Just a month later, Langadinos returned to Toohey, this time seeking to have her womb removed to feel more like a man. Toohey once again reported he could not see "any psychiatric contraindication to proceeding with hysterectomy as part of gender transition." Langadinos underwent the surgery to take out her uterus in November, less than seven months after her mastectomy. She was 22.

A decade later, Langadinos is no longer identifying as male, wonders if she ever truly did, and is suing Toohey for professional negligence. The case comes amid the public debate about the "gender-affirming" approach to treating gender dysphoria, after a massive increase of young people identifying as transgender.

Two-thirds are biological females in their teens wanting to be men, according to the American Academy of Pediatrics.

England’s National Health Service announced last month that it was closing the UK's only children's gender service at London’s Tavistock clinic. This came after preliminary findings from an independent review revealed that doctors felt "pressured to adopt an unquestioning approach" to young patients, especially children. The NHS will still provide gender clinics, but will do so in regional centers.

Langadinos says that around November 3, 2016, four years after her hysterectomy, she "came to the realization that she should not have undergone the hormone therapy or the first and second surgeries."

In January 2020, she consulted endocrinologist Dr Christopher Muir about ceasing testosterone treatment. Langadinos claims Toohey "failed to take precautions to avoid risk of harm in the nature of loss of her breasts, uterus, fallopian tubes and ovaries."

The statement of claim alleges that Toohey "knew or ought to have known" that Langadinos required further psychiatric evaluation by him and another psychiatrist with specialized expertise. She alleges that he was negligent in not recommending she get a second opinion prior to having her get a hysterectomy.

"Knowing that I can't have children is absolutely devastating," she said to the Sydney Morning Herald. Toohey, an experienced psychiatrist, told the outlet that he was unable to comment as the case is before the courts.

Solicitor Anna Kerr, of New South Wales’ Feminist Legal Clinic, who referred Langadinos' case to legal firm Slater and Gordon, believes the legal action is "likely to be the tip of the iceberg."

"We can expect to see extensive litigation in future years related to gender-affirming cross-sex hormones and surgeries," she said.

Langadinos says the consequence of Toohey's alleged breaches of duty of care was that she "has suffered and continues to suffer from injuries and disabilities," including complications as a result of hormone therapy, complications from early menopause, impaired psychological functioning, loss of breasts, uterus and ovaries, anxiety and depression, and an ongoing need for medical treatment and diminished capacity for employment.

In an interview with The Age and the Herald, she explained that at 17, she "discovered" she was transgender when the feelings of her complicated home life and sexual attraction to other girls made her feel uncomfortable with her body.

"And because of the definition of dysphoria, I thought, 'That’s what I have.' I decided that I must be transgender because of my discomfort that I had in my body," she said. "As my unhappiness grew, I felt the cause of my unhappiness was because I was not male, so the answer was to change my body even more," she continued.

"I had a breakdown, couldn’t function for an entire year. I couldn’t get out of bed. I wish at the time I knew how much I was hurting and why."

The statement of claim alleges that after their first consultation, Toohey noted Langadinos was upset over having to dress as a girl because she was more of a "tomboy." He also noted that she was attracted to females, did not have any friends, and that her parents "were not accepting of her transgender issues."

He also claimed that he was worried Langadinos "did not know how psychological factors could influence the outcome of gender transition," and "strongly" recommended for her to get therapy for "social phobia," have regular psychological follow-ups during hormone therapy, and that family therapy would also be helpful.

At her second consultation with Toohey, Langadinos came with her parents, but the extra therapy had not occurred and the girl claimed she didn't need help with anxiety.

The parents were allegedly supportive of their daughter having a mastectomy, Toohey noted, though her mother wanted her to be treated for anxiety.

"Considering the situation overall and the parents' support," Toohey concluded, he could see "no contraindication to proceeding with bilateral mastectomy."

In a letter to an andrology fellow at Concord Repatriation General Hospital, Toohey said that when he first saw Langadinos, he had noted at the time "a past history of significant social phobia and depression which may have been beyond gender dysphoria."

According to the legal claim, after their third and final session, Toohey found "no psychiatric evidence of incompetence regarding making medical decisions," and that the "only major psychiatric issue was the chronic social phobia" and Langadinos' refusal of treatment for it.

The case went to a directions hearing this month. The lawyer for Toohey’s medical indemnity insurer has sought further particulars of the claim before filing a defense.