A University of Pennsylvania swimmer, teammate to Lia Thomas, a biological male who identifies as transgender and dominates in women's college swimming, said that "women are now third-class citizens." 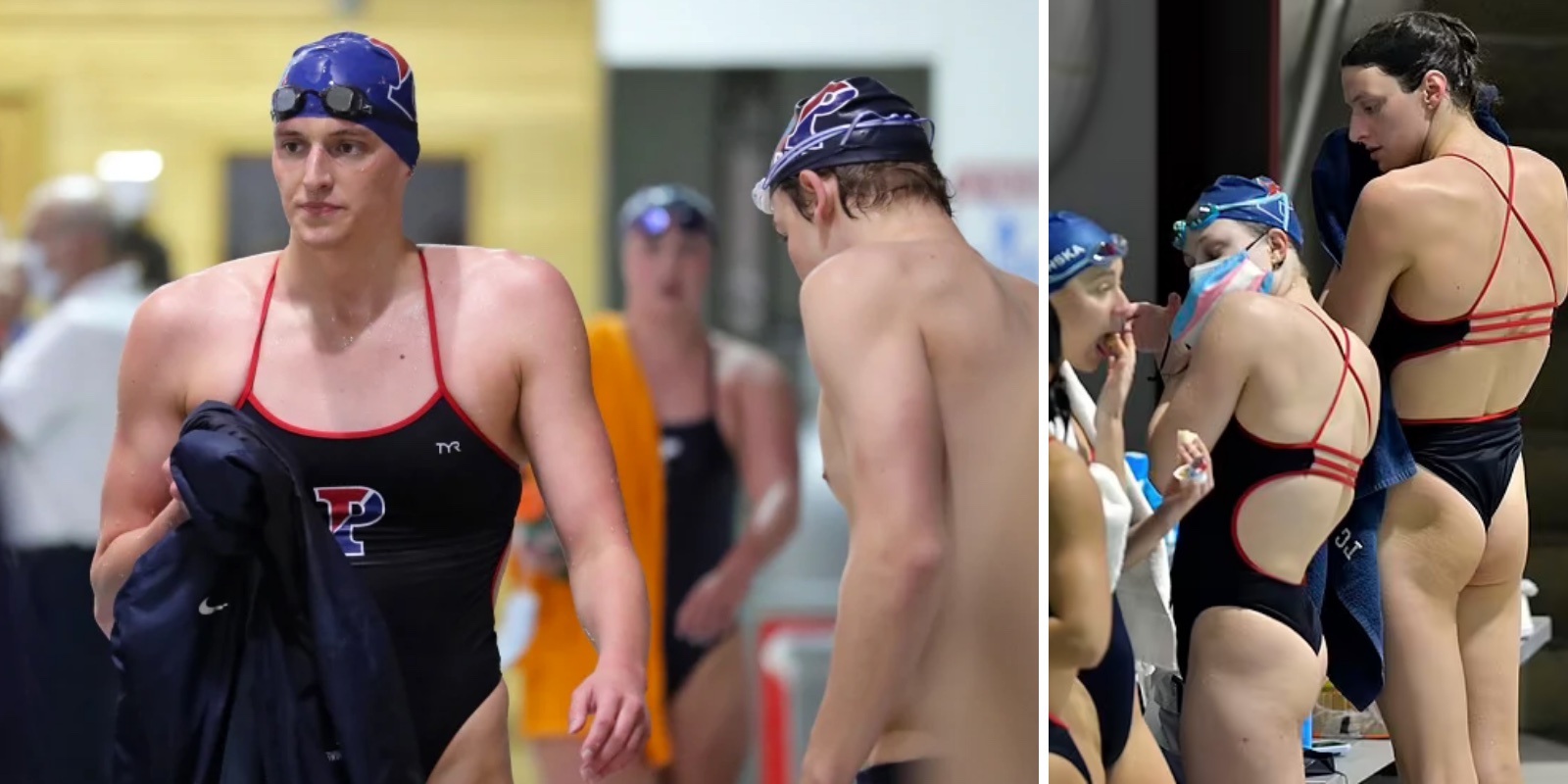 A University of Pennsylvania swimmer, teammate to swimmer Lia Thomas, a biological male who identifies as transgender and competes—and dominates—in women's college swimming, said that "women are now third-class citizens."

Speaking on condition of anonymity to the Washington Examiner, the swimmer said that the qualities Thomas retained as a biological male gives Thomas a distinct advantage over women competitors. Thomas is 6'3" and only transitioned after swimming for the UPenn men's team for three years.

"Lia was not even close to being competitive as a man in the 50 and the 100 (freestyle events)," the teammate said, "But just because Lia is biologically a man, [Lia] is just naturally better than many females in the 50 and 100 or anything that [Lia] wasn't good at as a man."

Thomas won two more races on Saturday in a meet against Harvard in the the women's 100 and 200 meter freestyle races, easily beating the female competition in both cases.

The swimmer went on to tell the Washington Examiner that administrators who condone these activities, of having a biological male compete on the women's team, don't care about women athletes.

"The top people at the NCAA, who are on the board of directors... they are not protecting women's rights. Imagine if there was this kind of inequality in men's sports. Or someone found out about doping in a men's sport. It would be fixed in a blink of an eye. Everyone would be all over it. But because it's women, they don't care," the teammate said.

The swimmer also said that she's received lots of support for her views–outside of swimming. "People have come up to me and said this is so wrong. I am typically liberal," she clarified, "but this is past that. This is do wrong. This doesn't make any sense."

"I'm trying to do everything I can without harming my future from stopping this from happening," the swimmer said. "I can't just sit back and let something like this happen. I'm not just going to sit back and say, 'My rights are being taken away, too bad.' It's embarrassing that people aren't speaking out more."

Thomas recently lost to Yale's Iszac Henig, a biological female who identifies as transgender and has decided to continue swimming on the women's team rather than taking testosterone and competing on the men's team. A teammate of Thomas' believes that Henig and Thomas, who are friends, colluded to let Henig win.

"Looking at [Lia's] time, I don't think she was trying," a UPenn swimmer, also speaking on condition of anonymity, alleged. "I know they're friends and I know they were talking before the meet. I think she let her win to prove the point that, 'Oh see, a female-to-male beat me.'"

In the 100 freestyle race, Henig finished first with a time of 49.57, while Thomas finished in sixth with a time of 52.84. During a November tri-meet with Princeton and Cornell, Thomas swam that same race in 49.42, which would have bested Henig.

When asked if she thought there was collusion, the anon swimmer said "I do. I can't say for sure, but I wouldn't be shocked if I found out that was 100 percent true."

Others on the UPenn team have said "Pretty much everyone individually has spoken to our coaches about not liking this. Our coach [Mike Schnur] just really likes winning. He's like most coaches. I think secretly everyone just knows it's the wrong thing to do."

"When the whole team is together, we have to be like, 'Oh my gosh, go Lia, that’s great, you’re amazing.' It’s very fake," the anon swimmer went on to say.

Thomas is slated to compete in the women's 200 meter, 500 meter and 1650 meter freestyle events at the NCAA swimming championships this year.