“If they are under 18 and they are on the street and they are completely emancipated from their parents, then you can do treatment,” said Dr. Rachel Levine 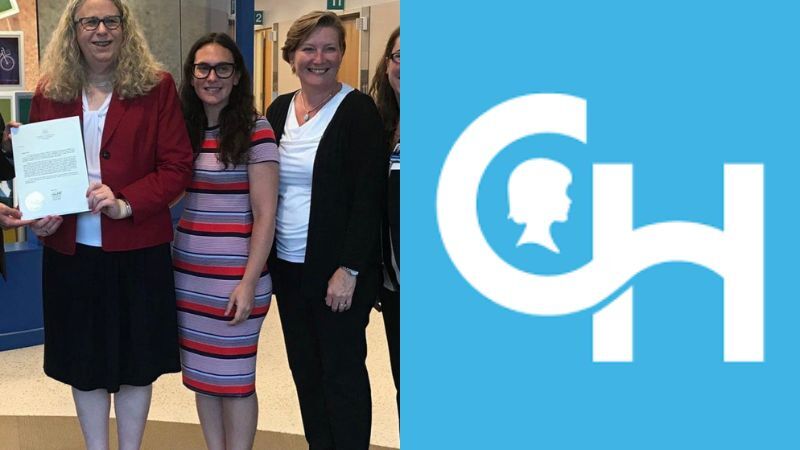 Mia Ashton Montreal QC
Sep 30, 2022 minute read
ADVERTISEMENT
ADVERTISEMENT
A video has emerged on Twitter of the co-founder of the Children’s Hospital of Philadelphia (CHOP) gender clinic, Nadia Dowshen, saying that the clinic receives referrals of children to their program from the foster care system and from homeless shelters. Children and teens who are in these systems are often wards of the state, and do not have parents or guardians to guide them.

Often, children in these systems have been subject to neglect or even abuse as they navigate uncertainties such as housing and food insecurity. The clip, uncovered by Megan Eileen, is from the Q&A of a September 2020 Health Committee titled Appropriate Care Models for Transgender Minors.

During that Q&A, Rep. Pamela A Delissio, a Democrat representing Pennsylvania's 194th district, asked Dowshen how the children “find their way” to the Gender and Sexuality Development Clinic in her hospital, asking if they are a combination of self-referrals or perhaps through a pediatrician.

“We are really getting referrals from a variety of resources,” replies Dowshen. “We’re also getting a lot more referrals from other institutions … Sometimes from within the foster care system, the mental health system, through homeless shelters for youth.”

At a recent panel at the World Professional Association for Transgender Health in Montreal, Quebec, clinicians reported that they see many children and teens after pediatricians have referred them to the clinic for gender issued. A clinician said that "a pediatrician is screening for gender diversity within their clinic. And then if the child is expressing some gender diversity, they would refer them to our clinic."

Megan Eileen juxtaposed the video of Dowshen with Dr. Rachel Levine, the Biden administration's assistant secretary of the Department of Health and Human Services. Levine, who identifies as transgender, began transitioning from presenting as male to presenting as female after a full life as a male, complete with having had a wife and fathered a family in the natural way. Levine, a supporter of the CHOP gender clinic, explained that providers don’t need parental consent to treat emancipated minors with puberty blockers, which can cause sterility.

“What can you do for a patient who doesn’t have parental support?” Levine was asked by a member of the audience at the It’s a Transgeneration: Issues in Transgender Medicine event at Franklin and Marshall College in 2017. Prior to serving in the Biden administration, Levine was Pennsylvania's Physician General.

“If they are under 18 and they are on the street and they are completely emancipated from their parents, then you can do treatment,” replied Levine. “But … most patients, under 18, I cannot prescribe hormones without their parents’ consent. However, once they become 18, I can.”

"Now insurance coverage is another issue,” Levine continued. “If the insurance is through your parents, then you’re going to have to have a discussion with them. I do not need parental consent for anyone 18 and over.”

“Under 17, unless they are completely emancipated, you do,” Levine concluded matter-of-factly. Under the auspices of Levine's role with DHHS, Levine has pushed for insurance companies to cover medicalized gender transition. The Biden adminisration has redefined protections in law that concerned biological sex and replaced them with protections for gender identity. Levine, using the Supreme Court's ruling in Bostock, has said that not providing medical gender transition to males and females who seek it is discrimination.

In 2020, Linda Hawkins, co-founder of the gender clinic at CHOP, received the LGBTQ+ Leadership Award from the Pennsylvania National Diversity Council.

“I think the great work that the entire Gender and Sexuality Development Program has been doing throughout the state of Pennsylvania is probably why I was selected for this,” she said at the time.

Children in the foster care system are particularly vulnerable to the messaging of gender identity ideology, as are all vulnerable young people who have experienced trauma. Countries around the world are seeing a disproportionate representation of youth in foster care presenting to gender clinics.

The interim report of the Cass Review, an independent review of the pediatric gender at England’s soon-to-be-closed Tavistock gender clinic found “an over-representation percentage wise (compared to the national percentage) of looked after children.” (Looked after children means children in foster care.)

In British Columbia, psychologist Wallace Wong admitted in a video to transitioning over 1,000 kids, including more than 500 in the foster system.