Congressional committee targets Jewish-American sculptures to be torn down

The commission found that the memorial “offers a nostalgic, mythologized vision of the Confederacy, including highly sanitized depictions of slavery,” thus making it unacceptable. 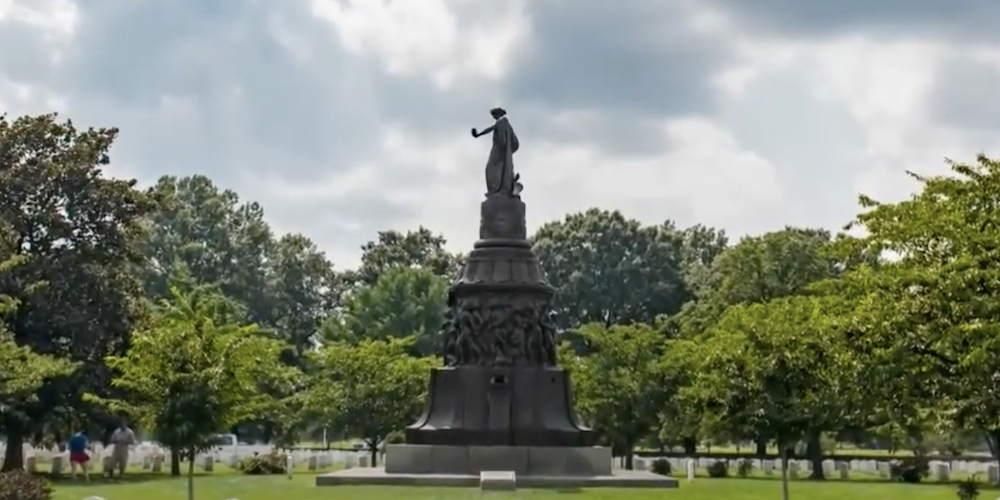 Jarryd Jaeger Vancouver, BC
Sep 21, 2022 minute read
ADVERTISEMENT
ADVERTISEMENT
In 2021, the Congressional Naming Commission was formed with the goal of removing and renaming objects and places belonging to the Department of Defense that commemorated the Confederacy at the cost of nearly $62 million.

Their targets include Army bases, ships, and even statues, notably the Confederate Memorial in the Arlington Cemetery, which had been designed by a prominent Jewish-American artist in the early 1900s.

According to the Washington Post, the commission found 1,100 items that fit their criteria, and outlined them all in a series of reports.

On Page 16 of the most recent report, the commission delved into the Confederate Memorial in the Arlington National Cemetery.

The memorial consists of a 32-foot-tall pedestal adorned with fourteen shields depicting the confederate states’ coats of arms, plus that of Maryland, along with thirty-two life-sized mythical figures and civilians, including slaves. Atop the pedestal is a bronze statue of a female wearing olive leaves, symbolizing the South.

The commission found that the memorial “offers a nostalgic, mythologized vision of the Confederacy, including highly sanitized depictions of slavery,” thus making it unacceptable.

They recommended that the statue atop of the monument be removed, with all bronze elements being deconstructed. “The work,” they added, “should be planned and coordinated with the Commission of Fine Arts and the Historical Review Commission.”

The commission did, however, suggest that the granite base and foundation be left in place “to minimize risk of inadvertent disturbance of graves,” including that of the artist who designed it, Confederate veteran and Jewish-American Moses Ezekiel.

As the National Pulse reports, Ezekiel and the Naming Commission’s interpretations of the memorial were quite different.

In an interview following its inception in 1914, Ezekiel called his creation “a peace monument.”

“Without forgetting the sacrifices and the heroism of the South,” he continued, “and emphasizing the fact that they were fighting for a constitutional right, and not to uphold slavery, I have attempted to have the dominant idea the future and not the past, to show that the intention of the South is to rest the future on her industry and her agriculture, and let the past go, but not be forgotten.”

Nonetheless, it is now slated to be reduced to a granite stump, with its history slowly deconstructed and carted away.
ADVERTISEMENT
ADVERTISEMENT
Arlington