"We need decisive action by the White House to either get most federal workers back to the office most of the time or to realign their vast property holdings for use by the local government." 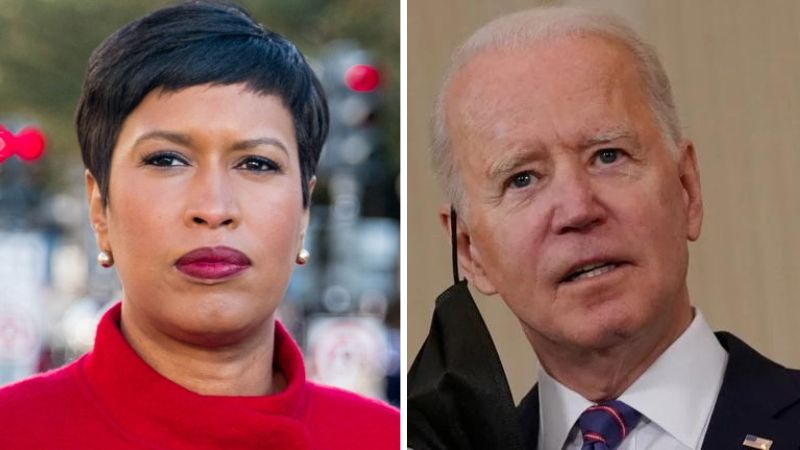 During her January 2 inaugural address, thrice-elected DC Mayor Muriel Bowser told Joe Biden that he needed to either bring his administration's remote workers back to their offices downtown or give up the space used by the White House over to Bowser so she could convert it into living quarters.

Fox News reports Bowser said, "The federal government represents one-quarter of DCs pre-pandemic jobs, and owns or leases one-third of our office. We need decisive action by the White House to either get most federal workers back to the office most of the time or to realign their vast property holdings for use by the local government, by non-profits, by businesses and by any user willing to revitalize it."

Axios reports that since Biden took office he has allowed "most of its 200,000 local employees to continue working away from their DC offices for at least some portion of the week. The outlet reports that during Christmas downtown DC was at 45 percent occupancy.

Earlier in her speech, Bowser said, "Converting office space into housing is the key to unlocking the potential of a reimagined more vibrant downtown. Right now 25,000 people call downtown home. Here's our goal; we will add 15,000 residents over the next five years and 87,000 more before it's all said and done. So that's right. We have a new 100,000 residents goal."

As The Post Millennial reported, in July of 2022 after Texas Governor Greg Abbott started bussing illegal immigrants out of his state and into "sanctuary cities," Bowser complained about the influx of migrants into DC.

Fox News reports that DC "was the remote work capital of the country in 2021" and 48.3 percent of workers operated from home.