After being charged on Monday with vehicular homicide and leaving the scene of a deadly accident, Brandt admitted that his actions were politically motivated. 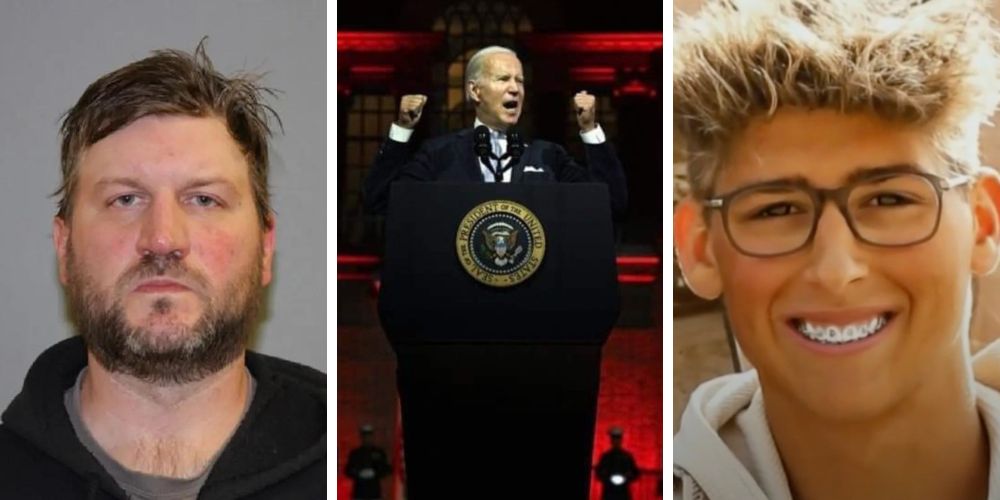 Ari Hoffman Seattle WA
Sep 21, 2022 minute read
ADVERTISEMENT
ADVERTISEMENT
A North Dakota man who was charged with killing a teenager with his SUV admitted to intentionally hitting him after a political debate, claiming the teen was part of a Republican "extremist group." The attack comes only weeks after Democratic President Joe Biden targeted conservatives as a threat to America saying, “Republicans represent an extremism that threatens the very foundations of our Republic.”

Brandt has been charged with vehicular homicide and leaving the scene of a deadly accident.

Earlier this month, Biden said during his first primetime address, "Donald Trump and the MAGA Republicans represent an extremism that threatens the very foundations of our Republic."

Speaking from Independence Hall in Philadelphia against a blood-red backdrop Biden declared, "As I stand here tonight, equality and democracy are under assault."

"We do ourselves no favor to pretend otherwise. So tonight, I’ve come to this place where it all began to speak as plainly as I can to the nation about the threats we face, about the power we have in our own hands to meet these threats," said Biden.

Biden told the audience that too many of the current events in America are "not normal," going on to say "Donald Trump and the MAGA Republicans represent an extremism that threatens the very foundations of our Republic."

Biden added that his "duty" as president to "tell you the truth," stating that "MAGA republicans do not respect the Constitution, they do not believe in the rule of law, they do not recognize the will of the people. They refuse to accept the results of a free election."

Invoking the January 6 riot, Biden said that MAGA Republicans see their "failure to stop a peaceful transfer of power after the 2020 election as preparation for the 2022 and 2024 elections," and that they had tried to nullify the votes of 81 million voters.

"It’s Donald Trump and the extreme MAGA Republicans voted clear and present danger to our democracy."
Biden said that he believes the country is at an "inflection point," and that Americans "must choose to move forward or to move backwards to build a future obsessed about the past, to be a nation of hope and unity and optimism or a nation of fear and division and of darkness.

"MAGA Republicans have made their choice. They embrace anger. They thrive on chaos. They live not in the light of truth but in the shadow of lies," he said.

Biden said one cannot be "pro insurrectionist and pro-American. It’s incompatible. We can’t allow violence to be normalized in this country."

"We have to reject political violence with all the moral clarity and conviction this nation can muster. Now. We can't let the integrity of our elections be undermined. For that is a path to chaos."

After being charged on Monday with vehicular homicide and leaving the scene of a deadly accident, Brandt admitted that his actions were politically motivated.

Ellingson had been participating in a street dance Saturday night, and when it concluded, he noticed that Brandt was following him.

The teen called his mother to ask for help, but moments later, Brandt slammed into him with his SUV in an alleyway, killing the teen.

Brandt fled the scene but later called the police himself to report the incident.

According to court documents, Brandt claimed that Ellingson had been part of a “Republican extremist group,” and had ordered others to come after him following a political argument.

Authorities said Brandt was drunk at the time.

Brandt, who Ellingson’s mother knew, was ordered to be held on $50,000 bail, however, he declined, citing his job, family, and house as reasons why he should not be considered a flight risk.

Brandt faces a minimum of ten years in prison, with a maximum of twenty, but more charges could be filed against him.

A GoFundMe was set up by a family friend of the Ellingsons.

Jordan Peterson calls for west to 'push over' Iranian regime over misogyny, totalitarianism