Nurse faces trial in BC for saying biological sex is real

"It will be our submission that speaking the truth should not be a punishable offense." 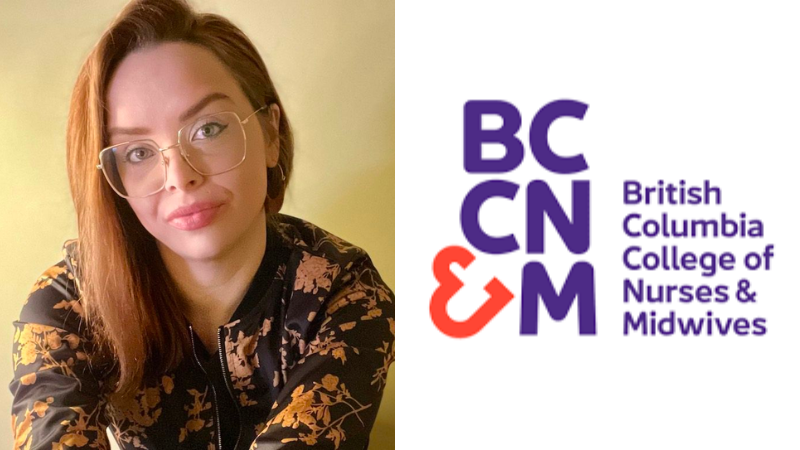 Amy Hamm is a nurse in Vancouver, a single mother of two children, founding member of the Canadian Women’s Sex-Based Rights (caWsbar) group, and frequent contributor to The Post Millennial. Over the past six years, she has written and spoken about what she believes to be the harmful impact of gender-identity ideology on women and children.

“This panel of the college’s discipline committee has been appointed to determine the sole allegation … that Ms. Hamm made discriminatory and derogatory statements regarding transgender people while identifying herself as a nurse,” began Michael Seaborn who specified his pronouns as he/him, legal counsel for the British Columbia College of Nursing and Midwives (BCCNM).

Seaborn explained that the college is not alleging any shortcomings with Hamm’s “competency as a nurse or any deficiency in her conduct as a nurse at work”, but rather that the case deals with “off-duty conduct.”

“To understand the statements in question, one must know about the population they are directed towards,” said Seaborn. “The college will produce evidence that shows that transgender people are among the most vulnerable and marginalized populations in our society.”

“Common discriminatory statements directed towards transgender people include: statements that deny their existence such as by insisting that there are only two sexes, often referred to as erasure,” he explained, “or describing them as deviant or predatory for no other reason than they are different from a large portion of the population.”

The panel was then told that the college is seeking to curtail Hamm’s Charter protected right to freedom of expression because they feel that her statements “fall squarely within one of the legally proscribed exceptions.”

“It is important to emphasize that the college is not seeking to have Ms Hamm fall silent on the issue of transgender people or any other issue. What the college is asserting is that there are legally proscribed limits on speech for a regulated professional,” Seaborn explained.

“Ms. Hamm as a private citizen is free to express her views on any issue she wishes and it would not be the college's concern. It is only her statements made while identifying as a nurse … that are at issue.”

“The college will also show that in Canada, both the law and public policy are settled and firmly support the existence of, the rights of, and the protection of transgender people,” Seaborn continued, citing the fact that gender idenitity and gender expression are protected chararcteristics in the human rights legislation in all provinces and federally.

“This is not a normal disciplinary hearing,” began Lisa Bildy, legal counsel for Hamm, in her opening submission. “You will not hear about a nurse who sexually abused a patient … who mishandled narcotics … or who assaulted elderly patients.”

“You will hear about a nurse with over 10 years experience, who has an exemplary career … and has never once had a patient complaint against her,” continued Bildy. “We are here because she stands accused by her regulatory body of making what it says are discriminatory and derogatory comments about transgender people on social media.”

The panel heard how none of these statements related to the workplace, and no patient or colleague has ever complained about her behavior or her judgment, and nor has she ever been accused of being dishonest.

“It is speaking the unvarnished truth which has placed her in the crosshairs,” said Bildy. “It will be our submission that speaking the truth should not be a punishable offense.”

Bildy went on to describe the “controversial conflict of worldviews” that Hamm waded into “between trans rights activists on one side and women’s rights, and even gay and lesbian groups, on the other.”

“Amy will testify that she has never, nor would she ever, express transphobic views,” said Bildy and explain that being an advocate for women and girls doesn’t make a person transphobic; that there is an important distinction between trans people and trans ideology, and that criticism of gender identity ideology is not akin to criticizing or being ‘phobic’ of transgender people.

“This case is fundamentally about speech: whether a nurse can engage in the public square on a topic as politically charged as this one,” Bildy continued. “Whether she can advocate on her own time for women’s rights to not have intact males in their prisons, changerooms, rape crisis shelters and sports teams, and for care to be taken not to rush children and adolescents into life-altering and permanent changes to their bodies.”

“The right to hold and express opinions that go against the prevailing orthodoxy is sacrosanct in a liberal democracy,” Bildy said in conclusion. “A regulatory body … should not let itself become a tool in the cancellation toolbox used by activists.”
ADVERTISEMENT
ADVERTISEMENT
amy hamm bc