A 22-year-old teacher’s aide has been arrested and charged with having sex with an underage student just two weeks after starting her job in the Granite Public Schools district of Oklahoma. 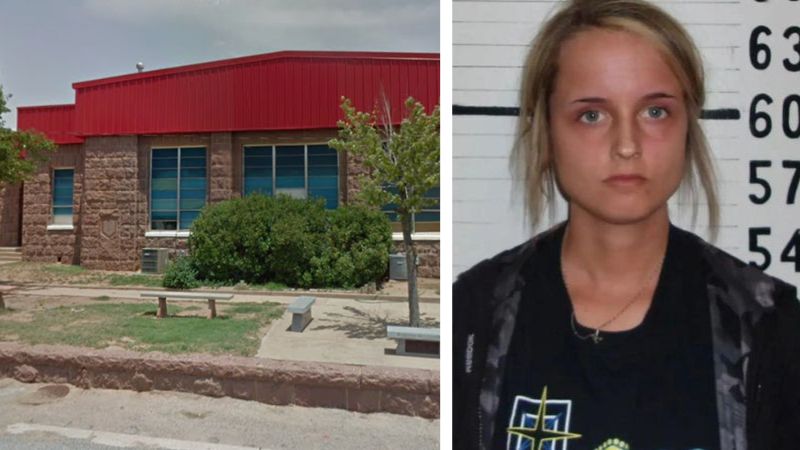 A 22-year-old teacher’s aide has been arrested and charged with having sex with an underage student just two weeks after starting her job in the Granite Public Schools District of Oklahoma.

Ashley Waffle was a temporary teacher’s aide who had only been employed by the district for approximately two weeks before she allegedly started communicating with a 16-year-old student online, local news reports.


According to court documents viewed by KSWO, an investigation was launched on Nov. 9 after Granite Public Schools (GPS) notified the Granite Police Department of rumors in the community about a sexual relationship between the teacher’s aide and an underage student.

This investigation reportedly revealed that Waffle had intercourse with the minor at her apartment on two separate occasions before Nov. 9.

The school district took swift action and terminated Waffle’s employment immediately upon learning of the findings of the investigation.

The statement went on to say that GPS is working with law enforcement on the matter.

KSWO reports that Waffle is being held at the Greer County Jail facing two charges of second-degree rape which carries a maximum sentence of 15 years in prison.

There has been a recent spate of similar stories being reported around the US. In May, the Post Millennial reported that at least 135 teachers or teachers' aides have been charged with alleged sex crimes involving children so far this year.
ADVERTISEMENT
ADVERTISEMENT
teachers aide arrested