Lewis, author of not only Abolish the Family, but also Full Surrogacy Now, in which she compares pregnancy to cancer and refers to women as “gestators,” considers herself something of an expert on the abolition of the family as a concept. 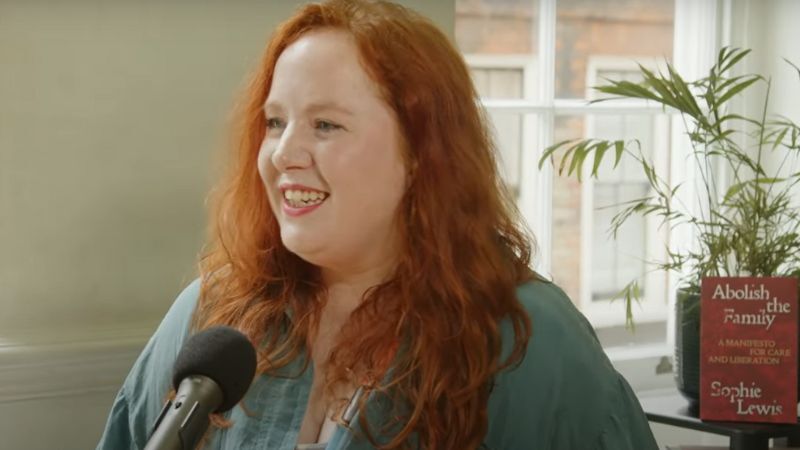 A so-called expert on feminist, trans, and queer politics gave a speech titled Abolish the Family: A Manifesto for Care and Liberation at UMass Boston earlier this month.

According to The College Fix, Sophie Lewis was invited to speak about her envisioned utopia of a family beyond fatherhood and motherhood in which children are not the property of parents but raised by society as a whole.


Lewis, who is the author of not only Abolish the Family, but also a book called Full Surrogacy Now: Feminism Against the Family in which she compares pregnancy to cancer and refers to women as “gestators,” considers herself something of an expert on the abolition of the family as a concept.

In an interview with Verso, Lewis admits that the history of experiments in "communizing child-rearing" have often been messy, but so she says have "all attempts at overthrowing capitalism so far," but that doesn’t mean it was a mistake to try.

She went on to describe abolition as "the concept we have for a simultaneous destruction, preservation and transformation of something" and says we will find out what the social is when we "stop running indoors to get our needs met."

"I suppose that I’m called to the challenge of thinking about these really difficult questions of how those intimate spheres are affected by capitalism and how they are political,” the queer and trans scholar went on, before elaborating that in her concept of family there would be "infrastructures that would mean that the family was a domain of real choice or real freedom and you weren’t coerced into needing it so much."

Lewis believes the left needs to get a little "braver also at challenging the rhetoric of motherhood," stating that "a lot of people who do the mothering, I call them ‘mother-ers’ to just ram home the point, that we can mother one another after the abolition of the family."

It is perhaps becoming clearer now why a feminist critic once described her book Full Surrogacy Now as reading "as though written by an alien robot psychopath sulking because it's been made to live amongst these humans its so despises and study their vile primitive breeding habits."

More of Lewis’s expertise includes advice on how to extract “all of our bodies from the coloniality of gender" through a critical study of “TERFism” offered in an online course for the price of $315.