Sailor found not guilty of setting $1.2 billion boat on fire, report says it was due to poor training

Sailor Ryan Sawyer Mays was accused of setting fire to the USS Bonhomme Richard back in 2020 out of frustration at being rejected for admission by the Navy SEALs. 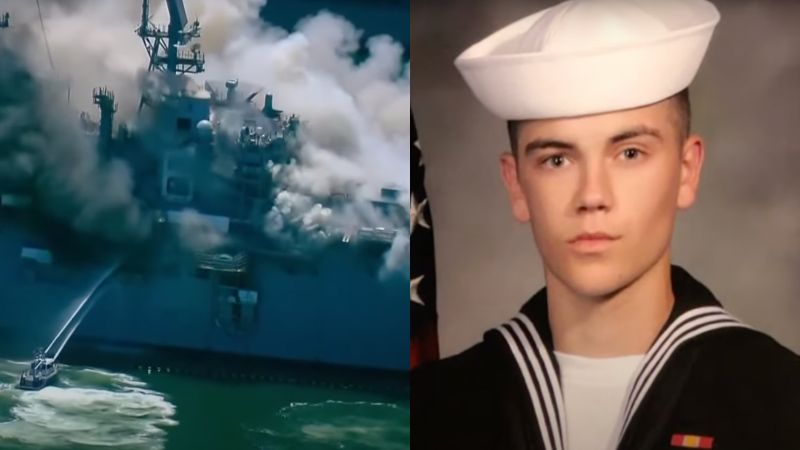 Joshua Young Youngsville North Carolina
Sep 30, 2022 minute read
ADVERTISEMENT
ADVERTISEMENT
US Navy Sailor Ryan Sawyer Mays was found not guilty on Friday of arson and the willful hazarding of a ship, over a fire that consumed the USS Bonhomme Richard back in 2020 in San Diego.

According to the Associated Press, a spokesman for the US 3rd Fleet, Lt. Samuel R. Boyle, said, "Seaman Recruit Mays was found not guilty on the charges of willful hazarding of a vessel and aggravated arson. The Navy is committed to upholding the principles of due process and a fair trial."

The trial lasted nine days at Naval Base San Diego.

Prosecutors said that when May was 19, he tried and failed to become a Navy SEAL and harbored resentment for his military branch after that. Then he became frustrated with his division officer over boxes that were cluttering the ship that were left by contractors.

Prosecutors alleged he set fire to those boxes to "send a message." But in the trial, no physical evidence was produced that tied Mays to the docked ship at the time, as the boat was undergoing maintenance.

A Navy report concluded that the fire on the amphibious assault ship, valued at $1.2 billion, was "preventable and unacceptable." The report said that lapses in training, communication, coordination, maintenance, and command contributed to the blaze which reached over 1,200 degrees Fahrenheit.

At that temperature, parts of the metal boat melted and poured into other sections of the ship..
Over 20 officers and sailors were disciplined and the cause of the fire, according to evidence, could have been anything from a cell phone battery to a forklift sparking.

The defense did acknowledge that Sailor Mays said "It had to be done. I did it" as he was being escorted to the brig, but attributed it to flippance after a 10 hour interrogation.
ADVERTISEMENT
ADVERTISEMENT
InTheNavyArson