WATCH: Gavin Newsom calls 2A a 'suicide pact' while flanked by armed guards

He also blamed Republicans in Congress for inaction on gun safety while claiming legislation passed in California, the state with the strictest gun laws in the US, “saves lives.” 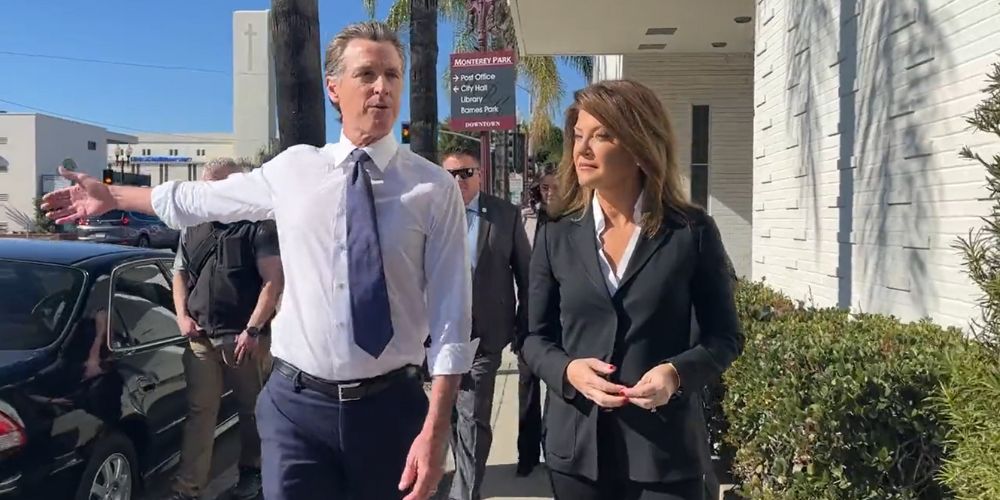 Newsom was walking surrounded by armed guards on Monday near the site of the shooting at a dance hall in Monterey Park on Saturday that killed at least 11 people and injured nine others, and told "CBS Evening News" anchor and managing editor Norah O'Donnell "Nothing about this is surprising. Everything about this is infuriating. The Second Amendment is becoming a suicide pact."

Newsom ratcheted up his call for stricter gun control measures before clarifying that he has "no ideological opposition" to people who "responsibly" own firearms after background checks and training on how to use them after O’Donnell replied that there are “many people in this country that support the Second Amendment and are lawful gun owners.”

He also blamed Republicans in Congress for inaction on gun safety while claiming legislation passed in California, the state with the strictest gun laws in the US, “saves lives.”

“No one on the other side seems to give a damn. I can't get anything in Congress.”

According to law enforcement, the suspected attacker, who later died of an apparent self-inflicted gunshot wound as authorities moved in on him, used a modified pistol with a high-capacity magazine that is illegal in the Golden State.

When O’Donnell asked how the gunman was able to get the weapon despite the restriction, Newsom replied, "we will figure it out."

He added, "That's going to happen. You got to enforce laws. Things fall through the cracks, but it doesn't mean you give up."