American mom found an SOS in a box of Halloween decorations, led to the discovery of China's re-education camps

Julie Keith, a mom in Oregon discovered a cry for help hidden in a box of Kmart Halloween decorations from Chinese inmates at a re-education camp. 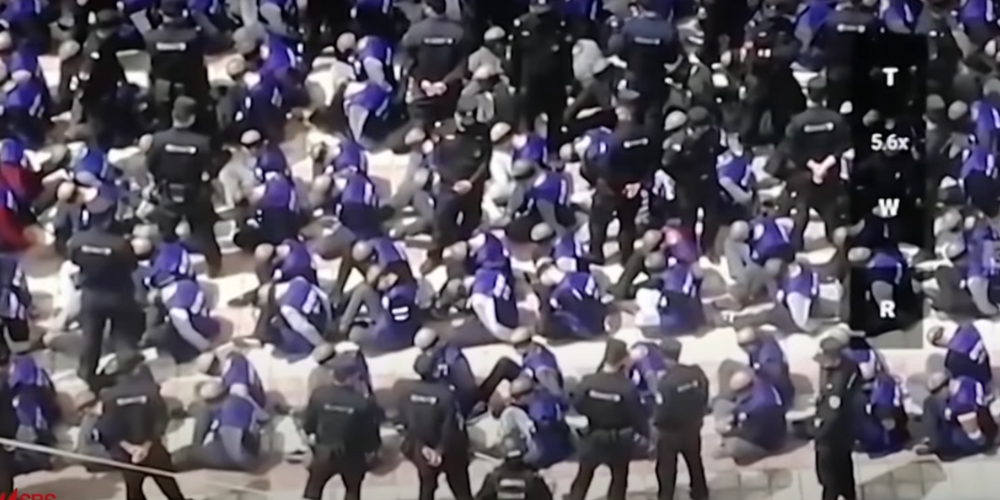 In 2012, Julie Keith, a mom in Oregon discovered a cry for help hidden in a box of Kmart Halloween decorations from Chinese inmates at a re-education camp, the New York Post reports.

Written in the box of decoration in blue pen, a message said, "Please kindly resend this letter to the World Human Right[s] Organization. Thousands [of] people here who are under the persecution of the Chinese Communist Party Government will thank and remember you forever."

The note reportedly went on to detail inhumane working conditions and humans rights violations. The writer said that many were imprisoned in the camp who had committed no crimes.

Keith subsequently tried to reach out to several humans rights organizations about the message, eventually reaching out to the Oregonian newspaper, who published a story on the ominous note.

the story lad to further coverage of the human rights atrocities occurring at the re-education camp mentioned in the note, Masanjia, which was confirmed to be a real place in China.

A book entitled, "Made in China: A Prisoner, an SOS Letter and the Hidden Cost of America’s Cheap Goods” (Algonquin Books), now tells the story of the note and its author, religious dissident Sun Yi, who reportedly spent over two years at the Masanjia Labor Camp in China.

"This SOS letter that Sun Yi wrote was not actually the first letter [from a labor camp] that ever arrived in the US," the book’s author Amelia Pang said, who interviewed Sun several times after his release from Mansanjia.

"But it was perhaps one of the more eye-catching," she continued.

Sun was an engineer living in Beijing with his family when he was sent to Mansanjia in April 2008, according to the Post. He was arrested a dozen times prior for practicing a meditation-based philosophy called Falun Gong which is outlawed in China, a state with no real religious freedoms to speak off. His final arrest that lead to his long-term imprisonment was reportedly during a raid of an underground print publication which published critiques of the CCP.

"He was so hardcore," Pang said.

"He cared so much about freedom in China, he sacrificed so much to what many would say was a futile cause," she continued.

Even a film has come out depicting the incredible and tragic story, called "Letters From Mansanjia."

China reportedly has at least a 1,000 re-education camps/ forced labor camps which imprison political dissidents and ethnic minority groups such as the Uyghurs, according to Pang's book.