About 80 armed, masked looters rushed out, ran into Nordstrom's, stole masses of merchandise, then ran back to their cars, and sped off near San Francisco. 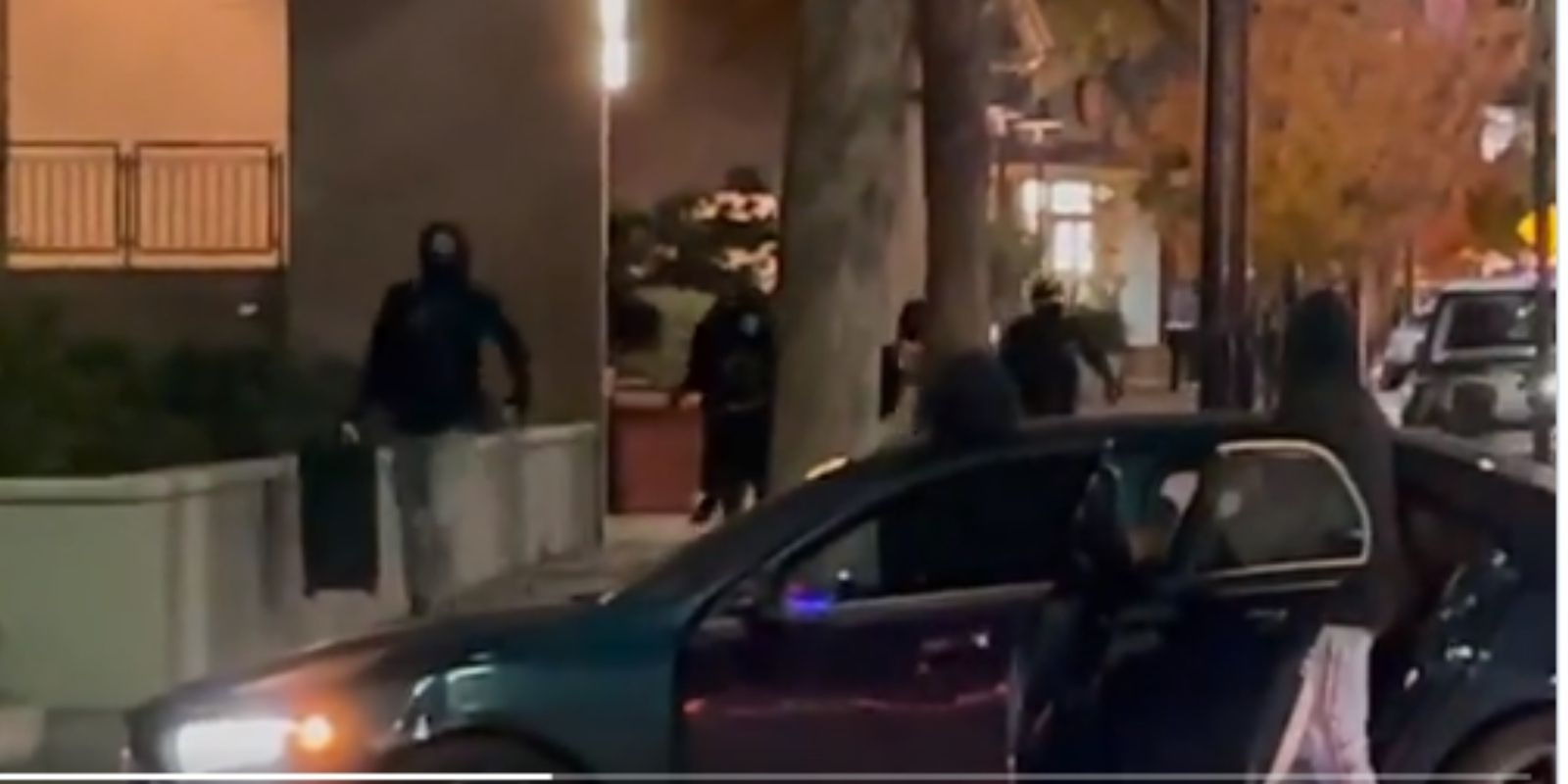 On Sunday, dozens of cars blocked the street in Walnut Creek California in front of the local Nordstrom's, before about 80 armed, masked looters rushed out, ran into Nordstrom's, stole masses of merchandise, then ran back to their cars, and sped off.

Brett Barrette, who manages a P.F. Chang’s restaurant across from Nordstrom, said "I probably saw 50-80 people in like ski masks with crowbars, a bunch of weapons. They were looting the Nordstrom."

"There was a mob of people," Barrette said. "The police were flying in. It was like a scene out of a movie. It was insane."

Walnut Creek is considered to be part of the Bay Area and is located approximately 25 miles from San Francisco. Police reported that they were alerted to the incident at around 9 pm. Two Nordstroms employees were assauled, while another was peppered sprayed.

"Walnut Creek police investigators are in the process of reviewing surveillance footage to attempt to identify other suspects responsible for this brazen act," authorities said.

Unlike most other incidents where looters take advantage of violent riots to act, in this case, the looters brazenly sacked the store in broad daylight, taking advantage of their numbers.

A man was charged with several different charges related to the looting and some of the merchandise was recovered.

Local authorities also stated that three Nordstrom employees suffered minor injuries, two of them due to suffering blows from the looters, and one due to being sprayed with pepper spray. All three were treated at the scene.

Brett Barrette, the manager of a nearby restaurant, told local outlet ABC7:

"We probably saw 50 to 80 people in ski masks, crowbars, a bunch of weapons. They were looting the Nordstrom's right here. And I thought they were going to start beating cars."

"I had to start locking doors: lock the front door, lock the back door. There was a mob of people. The police were flying in. It was like a scene out of a movie. It was insane."

The police department said it "is actively monitoring intelligence that indicates the group of thieves who stole from the Broadway Plaza Nordstrom last night are considering similar activity later today."

They warned of caution, as well, for potential additional acts. "This has not been confirmed but, out of an abundance of caution, we’re alerting businesses and residents to be prepared." Police said.