"Ukraine has biological research facilities, which in fact we are now quite concerned Russian troops, Russian forces may be seeking to gain control of." 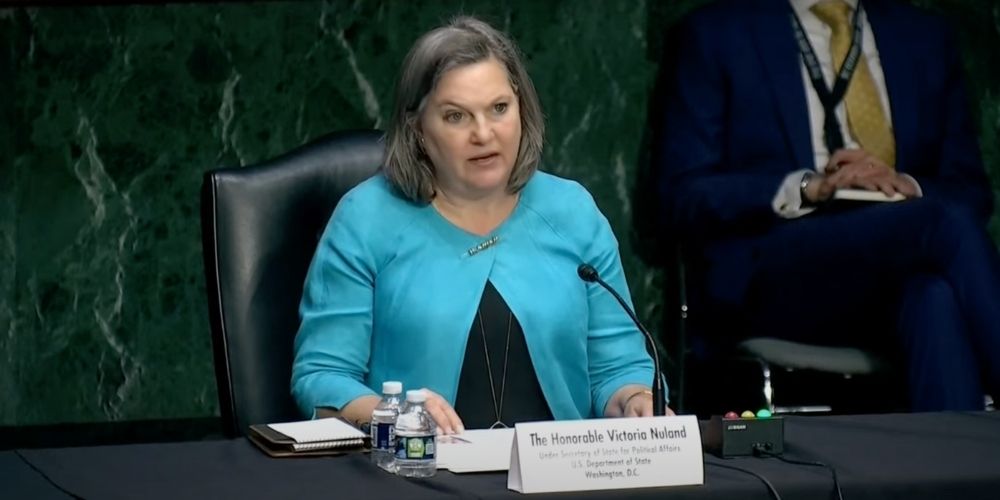 On Tuesday, Under Secretary of State for Political Affairs Victoria Nuland told the Senate that the US is working with Ukraine to protect biological research labs as Russia continues its attacks on the Eastern European nation.

"Ukraine has biological research facilities, which in fact we are now quite concerned Russian troops, Russian forces may be seeking to gain control of, so we are working with the Ukrainians on how they can prevent any of those research materials from falling into the hands of Russian forces should they approach," Nuland told the US Senate Foreign Relations Committee in a hearing.

The response came in regards to a question from Senator Marco Rubio, who asked: "Does Ukraine have chemical or biological weapons?"

Following Nuland's response, Rubio continued on to ask whether she would have any doubt that the Russians would be behind any potential biological or chemical attacks.

"I’m sure you're aware that the Russian propaganda, two groups already putting out there all kinds of information about how they've uncovered a plot by the Ukrainians to release biological weapons in the country and with NATO's coordination. If there's a biological or chemical weapon incident or or attack inside of Ukraine, is there any doubt in your mind that 100 percent it would be the Russians that would be behind it?" Rubio asked.

"There is no doubt in my mind, Senator, and it is classic Russian technique to blame on the other guy what they're planning to do themselves," Nuland responded.