The Brotherhood of Maintenance of Way Employees Division of the Teamsters, one of the nation’s largest railroad unions, rejected the deal on Monday, expressing discontent with the number of paid sick days. 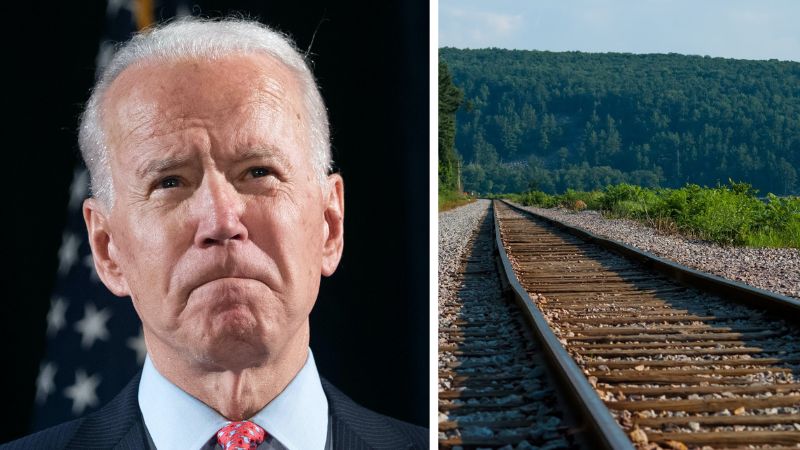 Nearly a month after President Biden announced that a deal had been reached between railroad companies and their unions, the deal has fallen apart, raising concerns for a possible strike.

The Brotherhood of Maintenance of Way Employees Division of the Teamsters, one of the nation’s largest railroad unions, rejected the deal on Monday, expressing discontent with the number of paid sick days, according to the Washington Post.


Officials said that members of the third-largest union rejected the proposed five-year contract in a 56 to 43 percent split. Both sides have agreed to continue with negotiations until at least November 19.

“Railroaders are discouraged and upset with working conditions and compensation and hold their employer in low regard. Railroaders do not feel valued,” BMWED President Tony D. Cardwell said in a statement.

“They resent the fact that management holds no regard for their quality of life, illustrated by their stubborn reluctance to provide a higher quantity of paid time off, especially for sickness.”

The deal included a 24 percent increase in pay by 2024, as well as $1,000 annual bonuses for employees over five years. The plan ensured that healthcare co-pays would not increase in price, but included only one paid sick day compared to the 15 days union leaders pushed for.

The deal followed two years of negotiations between the rail carriers and unions, which prompted the White House to appoint an emergency board in July to mediate between the two groups.

In September, Biden applauded the tentative deal reached, calling it "an important win for our economy and the American people."

"I thank the unions and rail companies for negotiating in good faith and reaching a tentative agreement that will keep our critical rail system working and avoid disruption of our economy," he added.