Black Lives Matter calls for 'no spending with white companies' 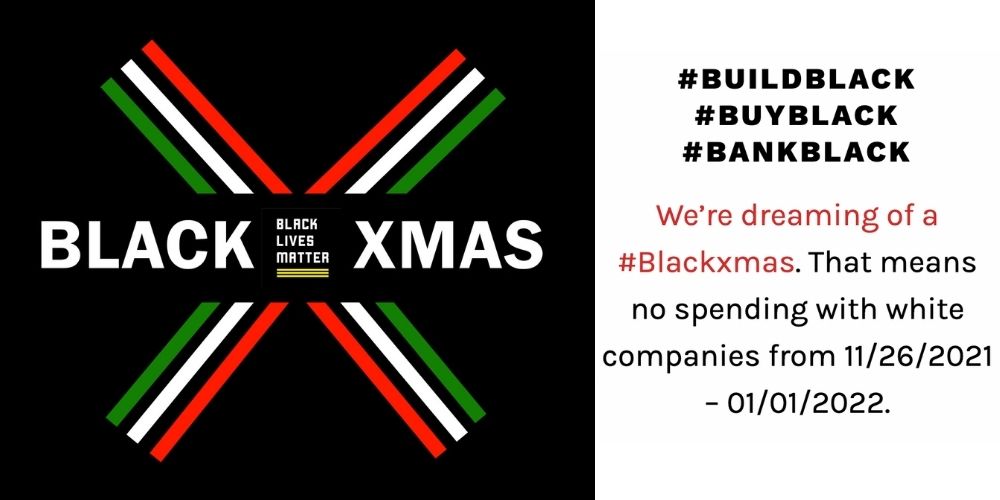 As the Christmas holiday fast approaches, Blackxmas is urging its supports to not only buy from black-owned businesses this holiday, but actively stop purchasing from white-owned companies.

They urge readers to divest from white corporations, and instead invest in black communities.

They state that the goal is not to "replace white-capitalism with Black-capitalism," but rather to "shake off the call to rampant consumerism and use our dollars intentionally to build Black community."

In a tweet from Free Black Thought, an organization "determined to amplify vital black voices that are rarely heard on mainstream platforms," they state that the framing of Black Xmas' statement would "result run an unhealthier racial climate."

"A suggestion to buy from black-owned companies would get a positive response b/c Americans want entrepreneurs to succeed," they wrote. "Demanding a boycott of 'white' companies will surely result in an unhealthier racial climate."

In a statement from the Black Lives Matter organization website released ahead of Black Friday, they state that "white-supremacist-capitalism is telling us to spend our money on things that we don't need, to reap profits for corporations."

"As BLMLA organizer, Jan Williams, reminds us, 'Capitalism doesn't love Black people.' In fact, white-supremacist-capitalism invented policing, initially as chattel-slavery-era 'paddy rollers,' in order to protect its interests and put targets on the backs of Black people," the statement said.

"#BlackXmas challenges us to shake off the chains of consumerism and step fully into our own collective power, to build new traditions, and run an offense as well as a defense. Let's harness our economic power to disrupt white-supremacist-capitalism and build Black community," they continued.

"#BlackXmas is about being self-determined and dismantling existing structures by building new, and more viable, beneficial ones…in the names of our mightiest and most righteous warrior Ancestors, in the names of all those stolen by police violence, in honor of our community, and as a commitment to the generations to come," the statement added.