Two days ago, BLM protestors managed to pull down the statue of a dinosaur which was gracing the area outside the Kenosha Dinosaur Discovery Museum 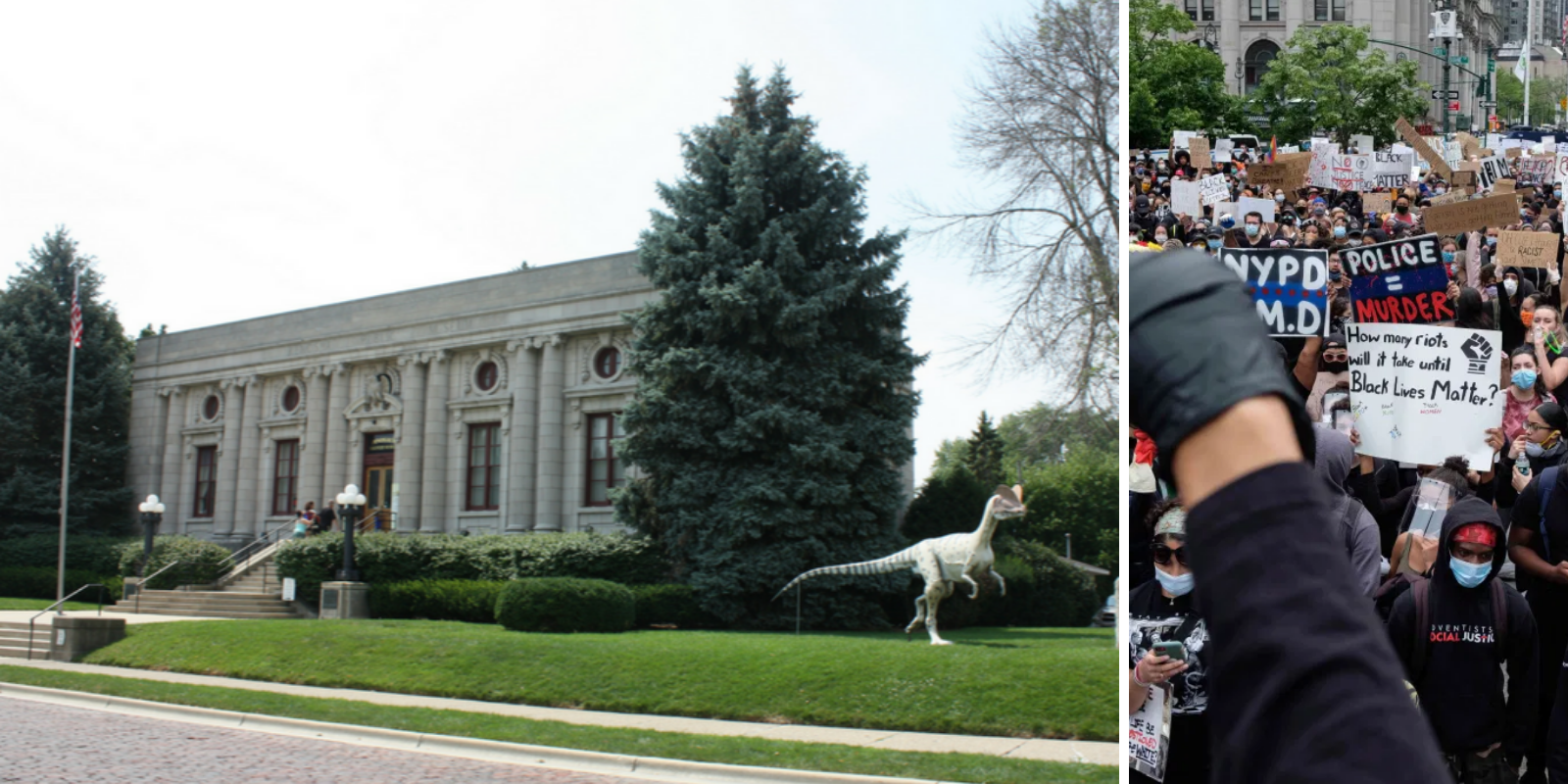 Two days ago, BLM protestors managed to pull down the statue of a dinosaur which was gracing the area outside the Kenosha Dinosaur Discovery Museum.

The Kenosha Dinosaur Discovery Museum was one of many municipal buildings that were damaged, including the public library, the Harborside Academy charter school, the US Postal Service building and the county register of deeds.

It is unclear as to why the mob decided to take its rage out on the dinosaur statue, but it can be seen damaged and defeated outside the museum, perhaps in testament to misplaced anger that is all too common these days.

The unrest and violence in Kenosha stems from an incident last Sunday afternoon around 5 pm, in which the police shot and badly injured Jacob Blake several times in the back at close range.

Blake currently remains in hospital, in serious condition, it is possible that he may have lost the ability to walk.

Unfortunately the cure is proving to be worse than the disease in this case, with two other people already fatally shot and another one shot and injured in the course of the protests.

The museum itself was also damaged, as well as a local law firm, the county registrar of deed’s office, the local post office, a new charter school and the public library. Three city garbage trucks have also suffered irreparable damage.

The riots, which started on Sunday night immediately after the police shooting, are still underway, and show no signs of stopping any time soon.