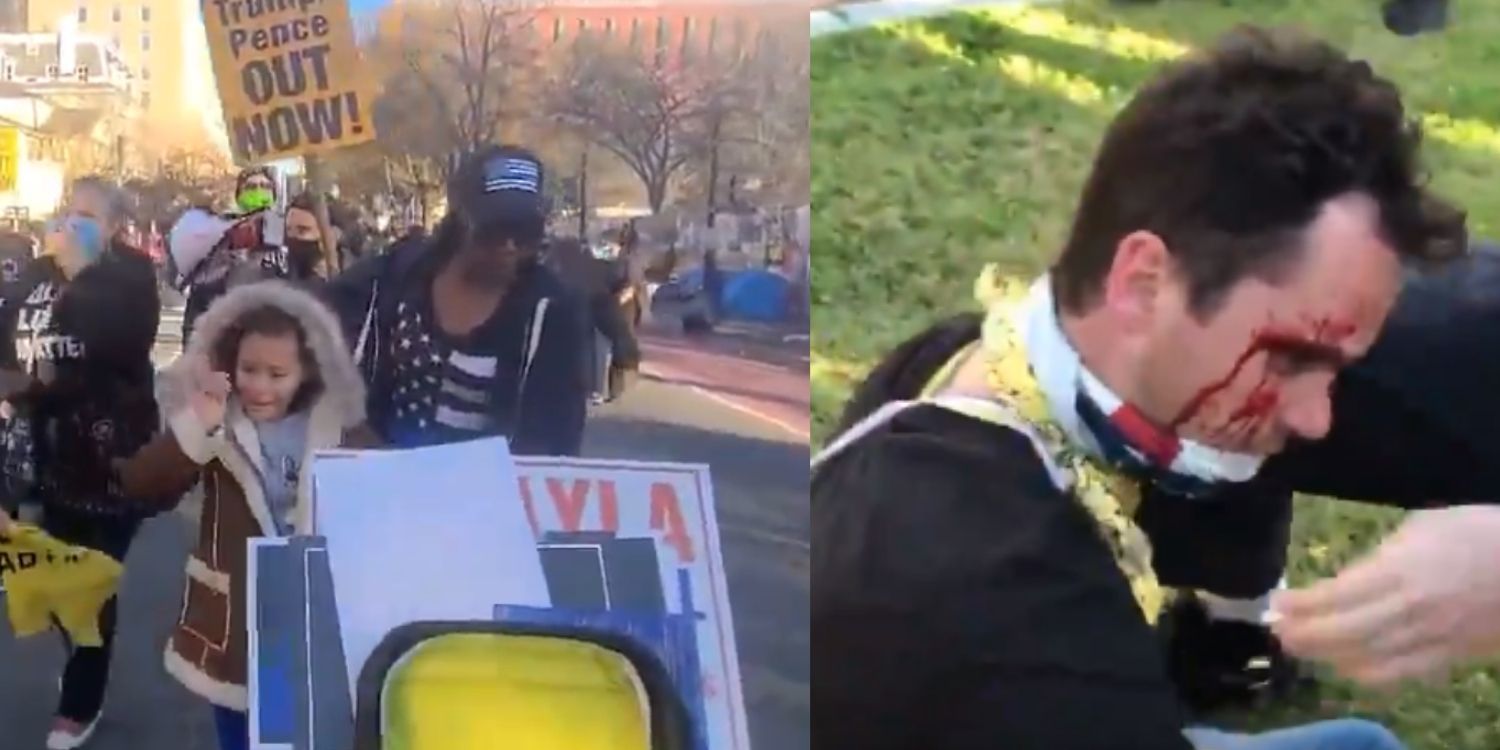 A group of Antifa militants have assaulted a number Trump supporters in Washington, DC, on Saturday. These incidents occurred just as thousands of Trump supporters flocked to the nation's capital, in protest of the election.

The "Million Maga March" was overwhelming peaceful as thousands gathered in the capital, and even had a visitation by the President himself. As the day continued, activists began appearing and agitating attendees.

Some footage is very disturbing and depicts a little girl being assaulted.

All out violence did not occur until people began dispersing. Some footage depicts a man physically assaulted, resulted in a head wound.

Other footage shows a young Trump supporter fleeing for safety as he is stalked by Antifa. He eventually sees police and yells for help.

The most disturbing piece of footage depicts a family being attacked by Antifa. A mother is seen attempting to flee the area with her small daughter. He daughter is eventually thrown to the ground in the middle of a fight.

Some footage shows people crying in fear as they are pursued by the militants.

It remains unknown how many individuals have been arrested but some footage depicts the police arresting people. The Post Millennial team on the ground is still reporting assaults occurring as groups of people disperse.