BREAKING: At least 13 US service members killed in Kabul attack 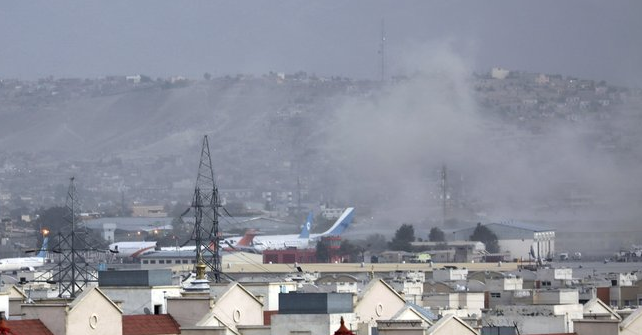 Update: Fox News' Bret Baier confirmed Thursday evening that 13 US service members have now died as a result of the attack in Kabul.

Suspected suicide bombers connected to Islamic terrorist groups set off two explosions near the Kabul airport gates on Thursday, killing four US Marines, and wounding three, according to US officials.

The AP's Jonathan Lemire is reporting 11 Marines and one Navy medic have been killed.

According to Reuters, 13 people were killed by the explosion, with more than 60 injured and needing treatment. Western government officials have been giving warnings about the imminent danger of attacks from Islamic terrorist groups on civilians and military personal.

The two explosions are believed to be connected to the Afghan affiliate of the Islamic State, known as Islamic State Khorasan, or ISIS-K, which is opposed both by the United States and the Taliban. There is also indication that both explosions were carried out by suicide bombers, according to a British security official.

The Taliban and ISIS-K are sworn enemies of each other and after the Taliban took over Kabul on August 15th, Taliban fighters immediately killed one of the ISIS-K top ranking leaders.

One of the explosions occurred near the Abbey Gate at the Kabul airport, and the other occurred near the Baron Hotel, right beside the airport, according to the Pentagon. Pentagon Press Secretary John Kirby confirmed this via Twitter on Thursday but gave no further indication if US civilians were among the civilian casualties.

Following the warnings of imminent terrorist attacks, flights by US allies evacuating people out of Kabul have slowed down, even for those who have received clearance to leave the country. The August 31 deadline for the US to have evacuated all of their citizens and allies out of Kabul is fast approaching, and President Biden said on Tuesday that this would not be extended.