Puerto Rico has been an organized territory of the United States since 1900, shortly after it was captured from Spain during the Spanish-American War. 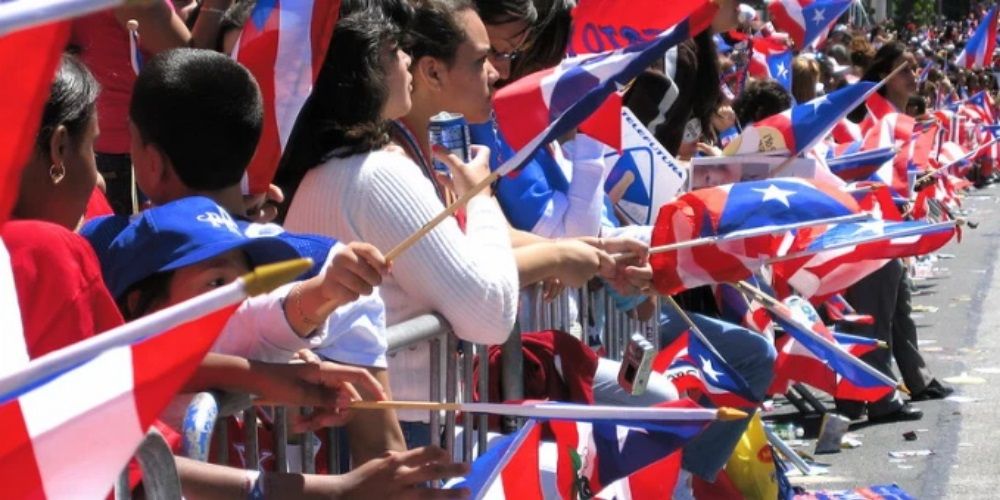 A bill seeking to grant statehood to Puerto Rico, a priority for many progressives, has been introduced to Congress.

Bill H.R. 1522, "To provide for the admission of the State of Puerto Rico into the Union," was introduced on Tuesday by Rep. Darren Soto (D-FL). The text of the bill is not yet available.

Puerto Rico has been an organized territory of the United States since 1900, shortly after it was captured from Spain during the Spanish-American War. It was the third largest territory which fell under American control during the war, overshadowed by Cuba and the Philippines.

Today, Puerto Rico is the largest unincorporated territory of the United States, with a population similar to that of Connecticut's. As a territory, Puerto Ricans are excluded from voting for President and does not maintain voting representatives in either Congress or the Senate. It is also excluded from some social programs offered to most American citizens, although the island's government maintains its own social services.

The Puerto Rico statehood movement has been growing ever since the island came under the control of the United States. While referendums hosted in the second half of the 20th century saw islands expressing opposition to statehood, the pro-statehood decision has become more popular in recent years.

Nevertheless, the issue continues to divide Puerto Ricans, with a non-binding 2020 referendum resulting in 52 percent of Puerto Ricans voting in favour of statehood. The 'yes' campaign was spearheaded by the New Progressive Party, which maintains control of the governorship on the island. The centrist Popular Democratic Party spearheaded the 'no' campaign.

On the mainland, support for Puerto Rican statehood is largely concentrated within the Democratic Party, which adopted its statehood as a campaign position during the 2020 presidential election. Democrats have argued that denying statehood to Puerto Ricans, and with it the right to vote in national elections and be represented in Congress, violates the rights of Puerto Ricans.

Despite having supported statehood in the past, Republicans generally find themselves opposed to statehood for the island in modern times. While many Republicans worry about the prospect of Puerto Rico becoming another blue state, others have expressed concern that the cost of financial mismanagement and corruption which plagues the island would be dumped on American taxpayers.

Supporters of statehood have countered that placing more responsibility for Puerto Rico's wellbeing in the hands of the federal government would improve economic outcomes on the island, even if it is may cost the United States in the short run.

Other opponents of statehood have argued that it may be undesirable for Puerto Ricans to join the United States, as Puerto Rico is not subjected to a variety of national taxes levied on most US citizens, including the federal income tax.

The cultural and economic differences between Puerto Rico and the rest of the United States has also been highlighted. Unlike every US state, Puerto Ricans overwhelmingly speak Spanish as their first and only language, with less than 10 percent of the population being fluent in English. Puerto Rico is also significantly poorer than the rest of the United States, with a GDP per capita measuring significantly lower than that of Mississippi, the poorest of American states.