"John, thank you very much for running, I really do appreciate it. And Gisele, you’re going to be a great, great lady in the Senate," Biden told the Fettermans. 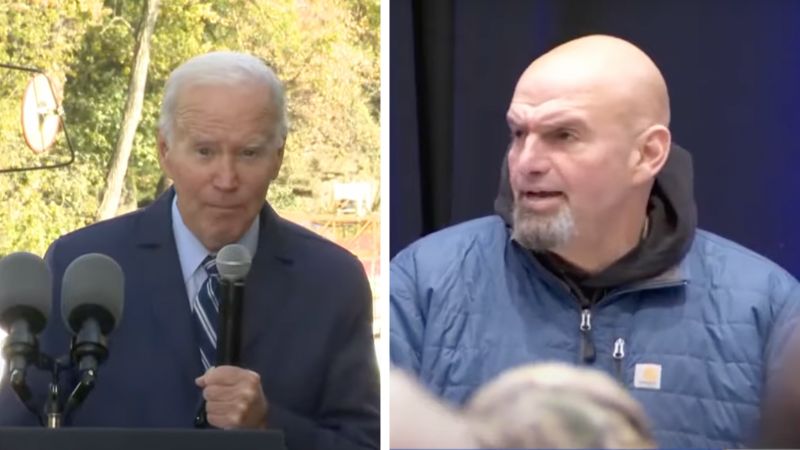 During a speech in Pennsylvania regarding infrastructure programs, President Joe Biden toted Democrat Senate candidate John Fetterman and his wife.

"John, thank you very much for running, I really do appreciate it. And Gisele, you’re going to be a great, great lady in the Senate," Biden told the Fettermans.

Fetterman was seen on the tarmac earlier on Thursday, meeting Biden as he exited Air Force One.

Many Twitter users questioned why Fetterman didn’t speak at the event alongside Biden.

According to ABC News, Biden is set to attend a fundraiser supporting Fetterman later on Thursday. Fetterman is running against Republican candidate Mehmet Oz.