Robert D. Manfred Jr., the Commissioner of Major League Baseball, has issued a statement on Friday in which he says that the 2021 All-Star Game is to be moved from Atlanta. 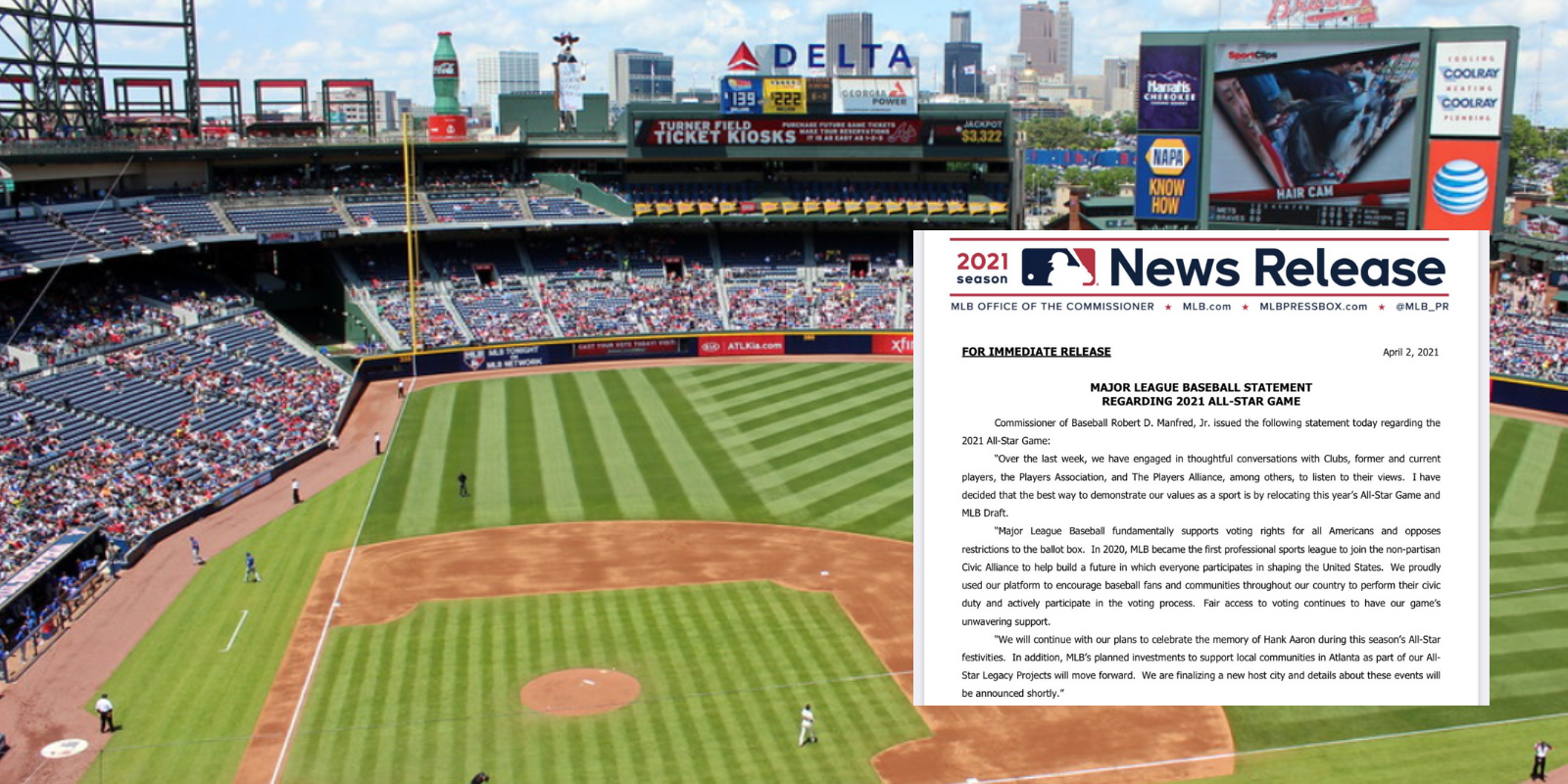 Robert D. Manfred Jr., the Commissioner of Major League Baseball, has issued a statement on Friday in which he says that the 2021 All-Star Game is to be moved from Atlanta.

This is something that had previously been discussed, but Friday's statement confirms that the move will happen.

The state has recently passed into law an election reform bill, targeting what critics said were abuses that took place during previous elections. The bill's critics claim that it will disproportionately affect people of color and other marginalized groups.

"Over the last week, we have engaged in thoughtful conversations with Clubs, former and current players, the Players Association, and The Players Alliance, among others, to listen to their views. I have decided that the best way to demonstrate our values as a sport is by relocating this year’s All-Star Game and MLB Draft."

"Major League Baseball fundamentally supports voting rights for all Americans and opposes restrictions to the ballot box. In 2020, MLB became the first professional sports league to join the non-partisan Civic Alliance to help build a future in which everyone participates in shaping the United States. We proudly used our platform to encourage baseball fans and communities throughout our country to perform their civic duty and actively participate in the voting process. Fair access to voting continues to have our game’s unwavering support."

"We will continue with our plans to celebrate the memory of Hank Aaron during this season’s All-Star festivities. In addition, MLB’s planned investments to support local communities in Atlanta as part of our All-Star Legacy Projects will move forward. We are finalizing a new host city and details about these events will be announced shortly."

Ironically, Stacy Abrams, a far-left activist and a very vocal opponent of the elections bill, is opposed to MLB leaving Atlanta in protest, saying that they should "stay and fight", according to Forbes. Abrams said:

"[Leaving] us behind won’t save us. So I ask you to bring your business to Georgia and, if you’re already here, stay and fight. Stay and vote."