The New York Post has been locked out of Twitter over a story that they published on Joe Biden's alleged corruption. 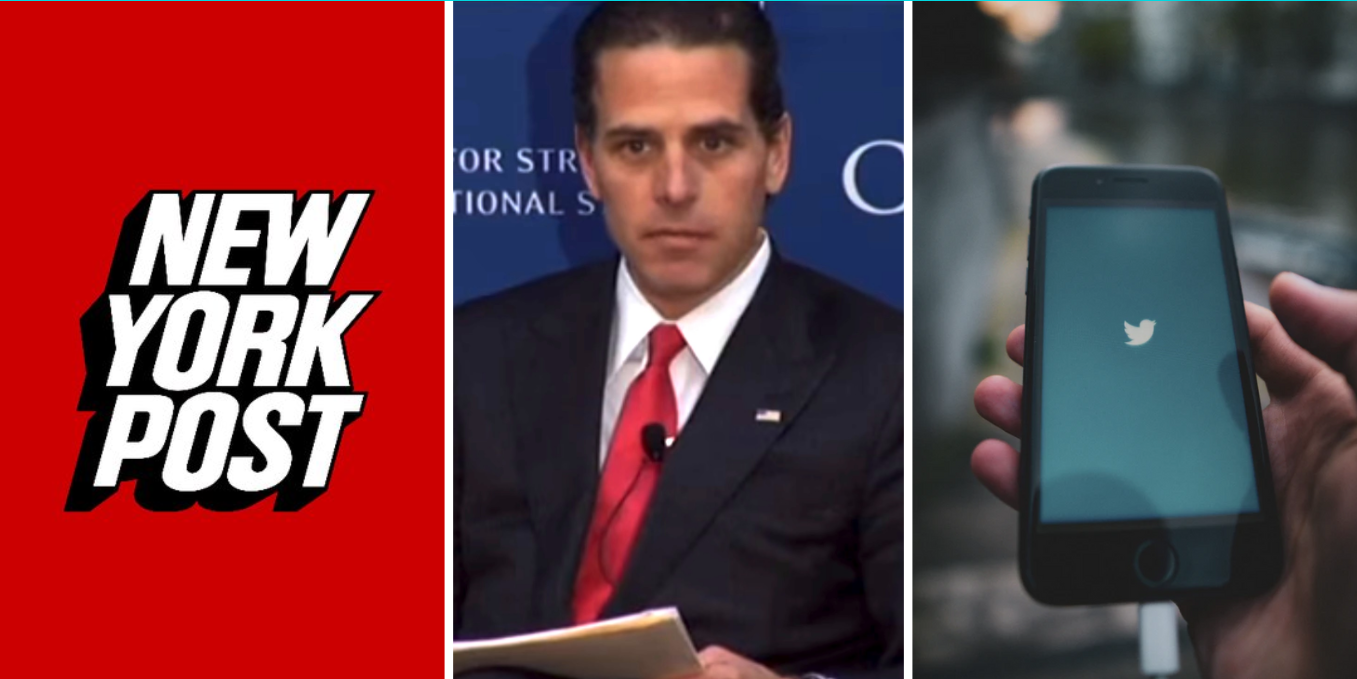 The New York Post has been locked out of Twitter over a story that they published on Joe Biden's alleged corruption. This according to business reporter Noah Manskar, who claimed that it was because the story violated the policy against the "distribution of hacked material."

It was only last month that the Post reported that Carlos Monje, who had served as Twitter's director or public policy, left Twitter for a position with the Biden transition team. Now, Twitter is actively suppressing information that reflects badly on the Biden campaign.

"Who made the decision to prevent users from sharing this story, on what basis did they make that decision?"

"When was the New York Post made aware of Twitter's decision and what process what afforded to contest the censorship?"

"Has Twitter prevented the New York Times, Washington Post, or any other major news outlet from posting its own reporting? If so, when?"

"If Twitter did not precent Buzzfeed from sharing its reporting on the Steele dossier or the New York Times from reporting on President Trump's tax returns, please explain a politically neutral principle for why the reporting is treated differently?"

"Has Twitter ever restricted a story published by a major news outlet about Donald J. Trump during his four years as President of the United States?"

"Have Twitter or any of its employees involved in the decision to censor this reporting been in contact in any capacity with the Biden-Harris campaign or any of tis representative regarding this reporting or the allegations contained therein?"

This comes on the heels of Twitter having censored a New York Post exclusive story that showed the connection between Hunter Biden, Joe Biden, and money the elder Biden held hostage from Ukraine until that nation fired the prosecutor that was looking into energy giant Burisma, on whose board the younger Biden sat.

The story ran by the Post was based on exclusive emails that were on a laptop computer that was allegedly left at a Delaware computer repair shop. The Post reported that the FBI seized the laptop in December 2019.

While part of the story the Post ran was about how the emails were obtained, what the emails revealed was that Hunter Biden, while serving on the board of Ukrainian energy giant Burisma, introduced his father, then Vice President Joe Biden, to execs at that company. It was after that introduction was made that Joe Biden held back $1 billion in aid to Ukraine until that government fired a prosecutor who was investigating Burisma for wrongdoing.

The story is unable to be shared on the platform, and has the potential to have a large impact on the upcoming presidential election.