In another shocking video, parents hand their children money and tell them to give the money to drag performers. 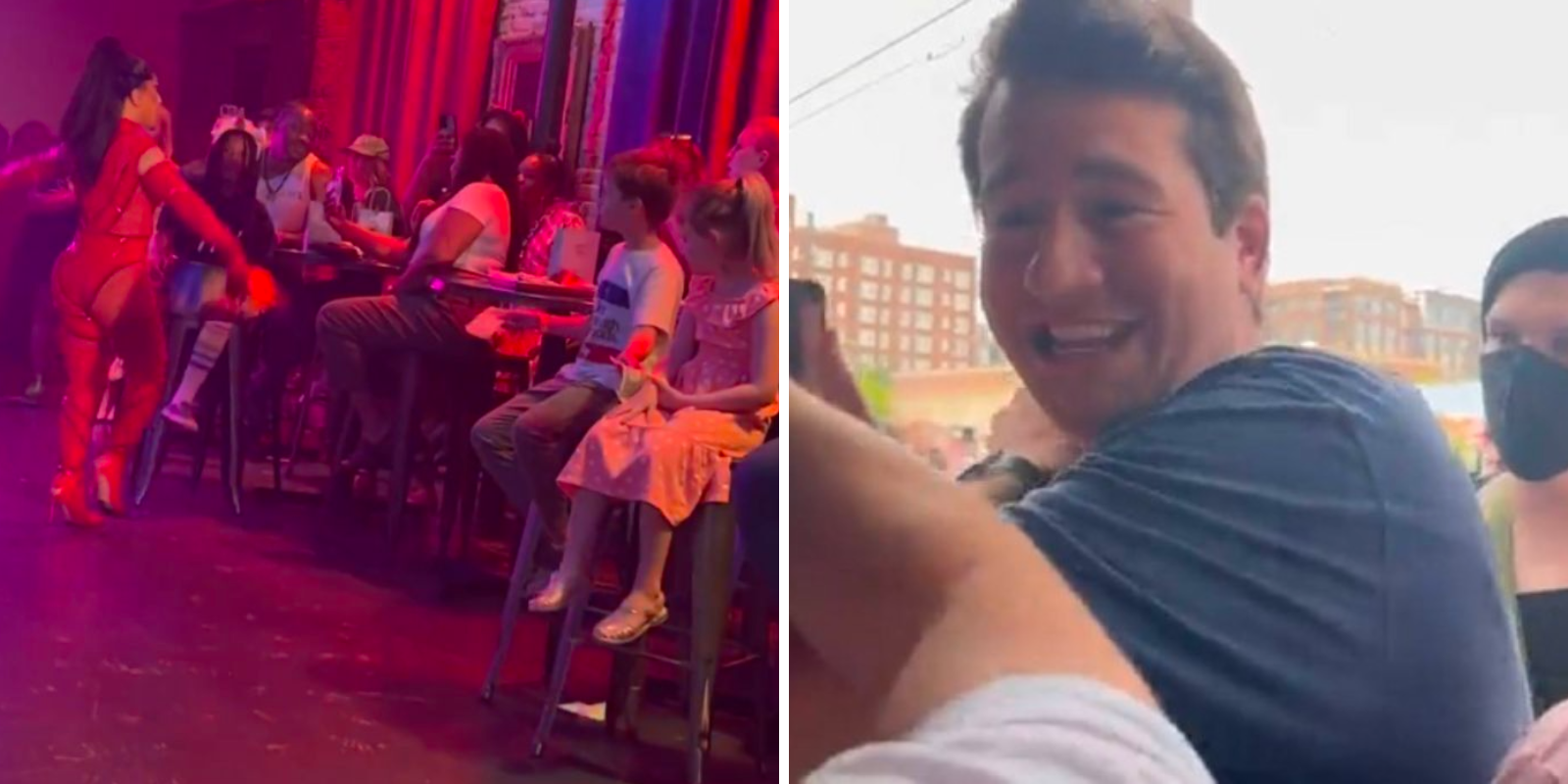 Newly-opened Dallas gay bar "Mr. Misster" hosted a "child friendly" drag show Saturday, where signs read "It's not gonna lick itself" and "I licked it so it's mine."

"A 'child friendly' drag show is being hosted today in Dallas, TX at a gay bar. Here are two of the signs on display," tweeted journalist Tayler Hansen.

Hansen posted videos of the event. One depicts a drag queen inviting children to share the stage with the performer.

"If you think you can do it like we do, I want you to come up real quick," the drag queen says, while asking children if they "want to be a diva" and telling them to pick a drag queen to partner with.

In another shocking video, parents hand their children money and tell them to give the money to drag performers.

The event is described by the bar's social media page as "A family-friendly spinoff of our famed Champagne Drag Brunch." The event is titled "Drag the Kids to Pride."

Conservative comedian Alex Stein was denied entry and assaulted multiple times as he attempted to enter the venue to report on the event.

"I thought you guys were inclusive," Stein mocks the person at the door.

"You guys are bigots! You won't let me in here, but you're gonna let children," he said, before he is forced off of the premise.

Outside the venue, tension are escalating between protestors and counter-protestors.