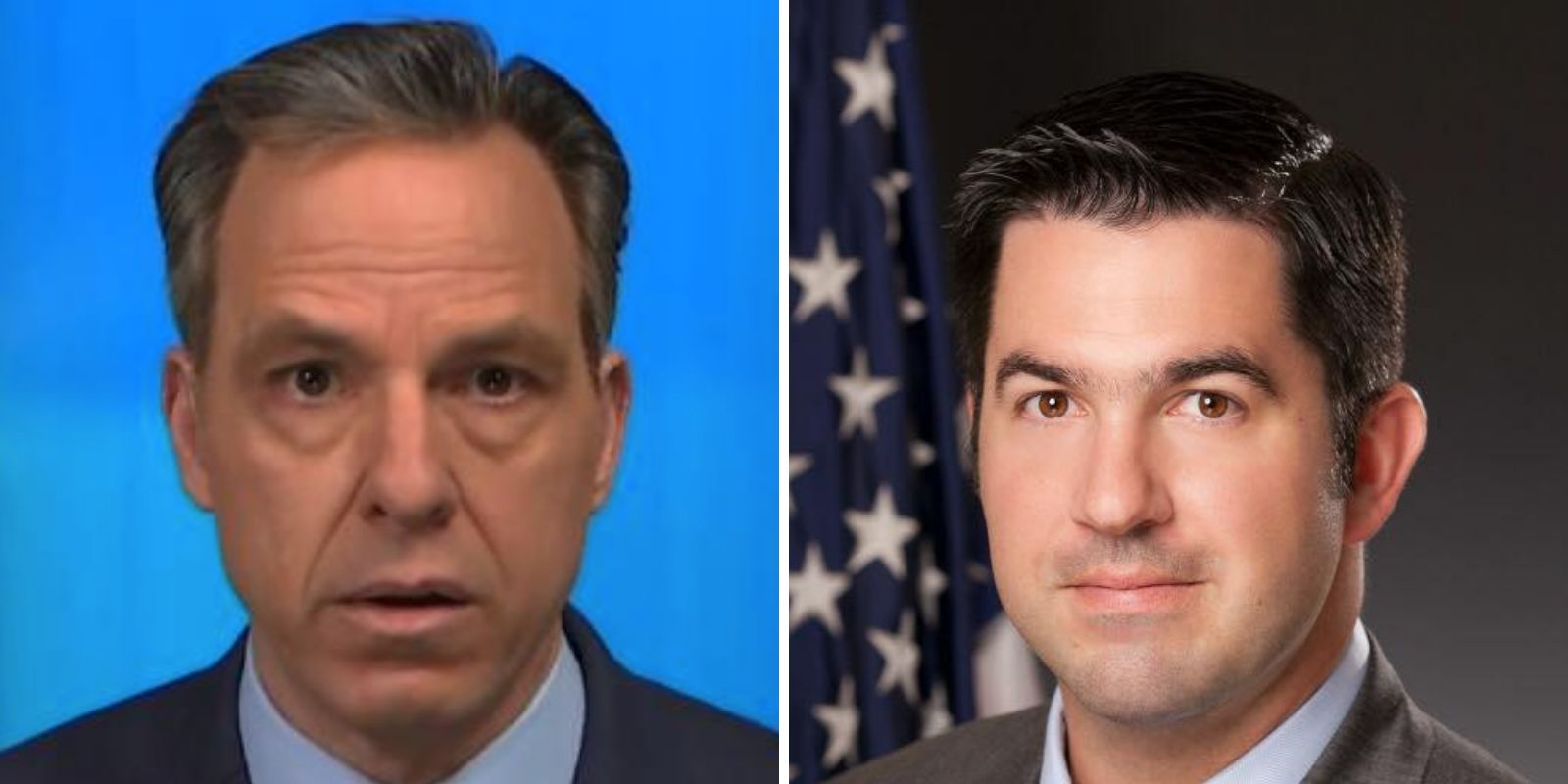 The Post Millennial can independently confirm through a source familiar to the matter who has personally seen evidence of Tapper's alleged election interference.

Sources told Breitbart News on Sunday evening that Tapper communicated his plea in text messages, Twitter direct messages, and in a phone call.

Before Grenell confronted Tapper, the Republican tweeted: "If true, @cnn must deal with @jaketapper very firmly. Political activism from the media is unacceptable!"

"Anonymous sources should speak on the record. This is a question of Trust in the Media and @cnn's credibility to be unbiased," Grenell stated.

“Jake knows exactly what he is doing here,” a source told Breitbart News. “This is a swing district in a swing state—Jake knows that Sean can bring out voters that might otherwise stay home but if they come out, they’re voting for Trump. Those votes could deliver the state and the election to Trump. This is nothing short of a CNN anchor interfering in a national election.”

Lamb, who delivered a keynote address at the Democratic National Convention, is vulnerable and defending his congressional seat against one of President Donald Trump’s favorite candidates who spoke on the opening night of the Republican National Convention. Parnell received Trump's "complete and total endorsement" in May and was even name dropped last year by the president to bid for office before the conservative announced his candidacy.

Pennsylvania's 17th District is a battleground for Democrats to remain in power. Lamb won a special election in 2017, the first year of the Trump administration, which foreshadowed the Democrats clinching the House majority in the 2018 midterm elections. For Republicans to retake the House in the upcoming races, the GOP needs to flip a net 17 seats.

In a June political ad, Parnell criticised his opponent's voting record, including to impeach Trump. Lamb has also voted with House Speaker Nancy Pelosi 90% of the time. “Conor became Pelosi’s little lamb the moment he got to Washington,” Parnell said on camera to Pennsylvanians. “Let’s send a lion to Congress, and not a lamb.”

Tapper, a native of the swing state, has not been shy about his roots to his Democratic-dominated hometown of Philadelphia. The Ivy Leaguer once even over-inflated his ties to working-class urban Americans even though he attended a private elite high school with exorbitant tuition rates and followed his father's footsteps to Dartmouth.

Two decades ago before the CNN anchor switched career lanes to "objective journalism," Tapper was the campaign press secretary and then congressional staffer to former Democratic Rep. Marjorie Margolies-Mezvinsky, who ran and succeeded in the suburban district outside Philadelphia which Republicans had held since 1916.

Tapper went on to become a senior writer for the Washington City Paper, even writing a 1998 front-page column about his date with former White House intern Monica Lewinsky, whose admitted affair with President Bill Clinton was centered in the Democratic impeachment scandal. Tapper had described "sweet, ruined Monica" as a woman he "wouldn't mind bringing home to mom."

“Now [Tapper] is a reporter at CNN who is supposedly unbiased, but he’s still a Democrat operative at heart," a senior national GOP campaign staffer told Breitbart News. "By attempting to bully a star Republican recruit out of his race, which would in effect help Democrat Conor Lamb and bolster Pelosi’s chances of keeping the House, Jake has officially given up on journalism in exchange for Democrat activism. If CNN actually cares about ethical journalism, Tapper will face consequences from them.”

Last night, the National Republican Congressional Committee responded to Breitbart's report, raising concerns as to why CNN is "meddling in House swing races."

"So how many other districts has @jaketapper pulled this crap with?" the NRCC asked on Twitter, adding "This is absurd."

Several of Breitbart's sources confirmed that Tapper "spent much of [last] evening calling and texting people frantically trying to rally anyone he could to his side," imploring for advice on what to do given the imminent fallout.

Parnell, a U.S. Army combat veteran, is the co-founder of veteran advocacy group American Warrior Initiative while Lamb served on active duty in the U.S. Marine Corps. Tapper has publicly supported veterans causes at every opportunity, but his involvement in the Parnell-Lamb election could subvert his benevolent persona.

“Jake pretends to be a friend of all veterans,” an adviser to a veterans group that Tapper has promoted told Breitbart News. “That’s a colossal lie. Jake is a friend of Democrat veterans and only those GOP vets that do as he tells him to do.”

While Trump has called Lamb an "American fraud" and a "puppet for Crazy Nancy Pelosi," perhaps Tapper is also a wolf in sheep's clothing.

Tapper has not responded to the The Post Millennial by the time of publication.