BREAKING: Trump calls for peace, offers to broker deal between US, Russia, and Ukraine to end war

"This is a big event that should not entail a big solution, at least not yet. The Russia/Ukraine catastrophe should NEVER have happened, and would definitely not have happened if I were President," said Trump. 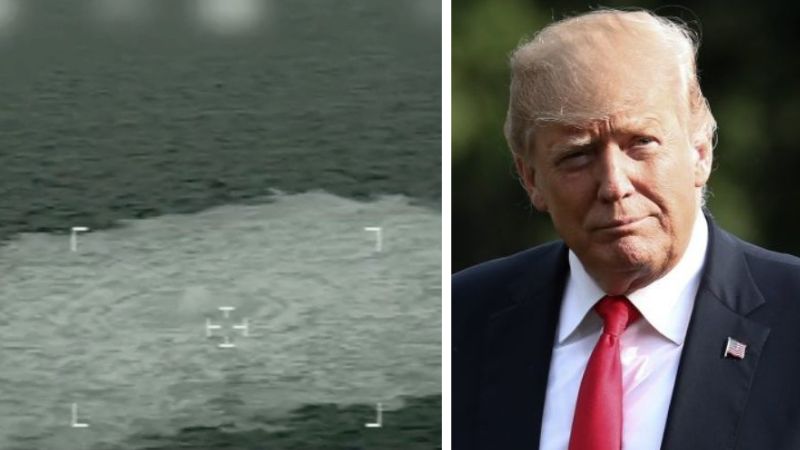 Hannah Nightingale Washington DC
Sep 28, 2022 minute read
ADVERTISEMENT
ADVERTISEMENT
Following reports on Tuesday that the Nord Stream pipelines traveling across the Baltic Sea were leaking, with European officials pointing to sabotage as the likely reason, former President Donald Trump called for a negotiated deal to get done, and for American leaders to remain "calm."

"US 'Leadership' should remain 'cool, calm, and dry' on the SABOTAGE of the Nord Stream Pipelines," Trump wrote on his social media platform Truth Social.

"This is a big event that should not entail a big solution, at least not yet. The Russia/Ukraine catastrophe should NEVER have happened, and would definitely not have happened if I were President." 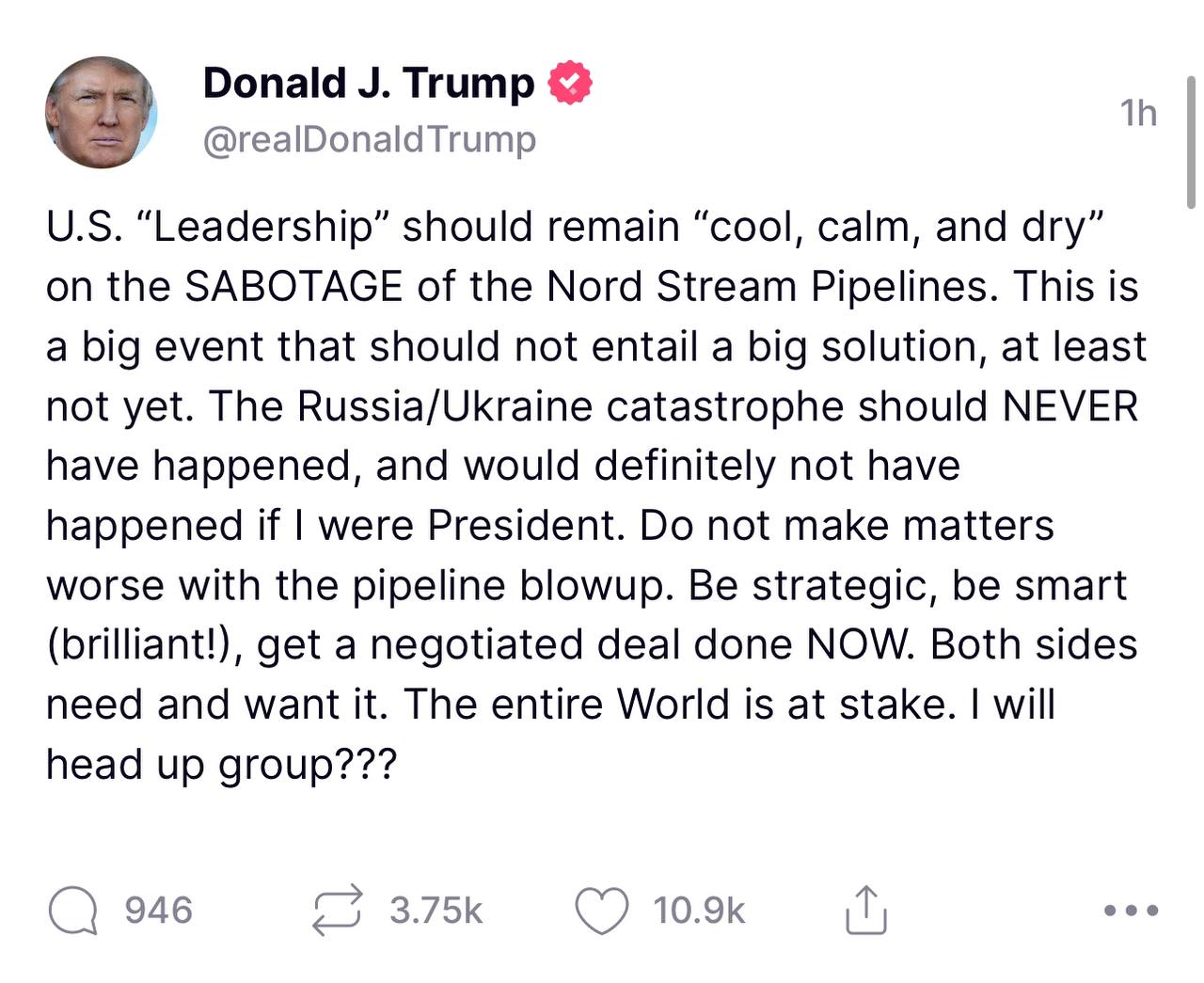 "Do not make matters worse with the pipeline blowup. Be strategic, be smart (brilliant!), get a negotiated deal done NOW," he added. "Both sides need and want it. The entire World is at stake. I will head up group???"

The post followed another one issued on Wednesday morning, in which Trump stated that while the news of Hurricane Ian’s imminent touchdown in Florida is important, the pipeline leak could be a far more important issue at hand.

"Everyone is talking about the big hurricane barreling into Florida, as they should be, but perhaps a far more important event in the longer term was the announcement that the Nord Stream I & II Pipelines out of Russia (which I brought to the World’s attention as President when I explained how crippling reliance on it could be for Germany and other parts of Europe," wrote Trump.

"Everybody laughed at the time, but they are not laughing anymore!) has been SABOTAGED. This could lead to major escalation, or War!"

Since these leaks were reported, leaders in European countries have suggested that the leaks were not accidental, but rather likely a result of "sabotage."

German officials said that Russian involvement "could not be excluded" as a possibility.

Polish prime minister Mateusz Morawiecki said "We don’t know all the details of what happened, but we see clearly that it’s an act of sabotage related to the next step of escalation of the situation in Ukraine."
ADVERTISEMENT
ADVERTISEMENT
Nord Stream Trump