Amid the riots, one man—now identified by his "Patriot Prayer" hat—was fatally shot in footage caught by multiple livestreamers. 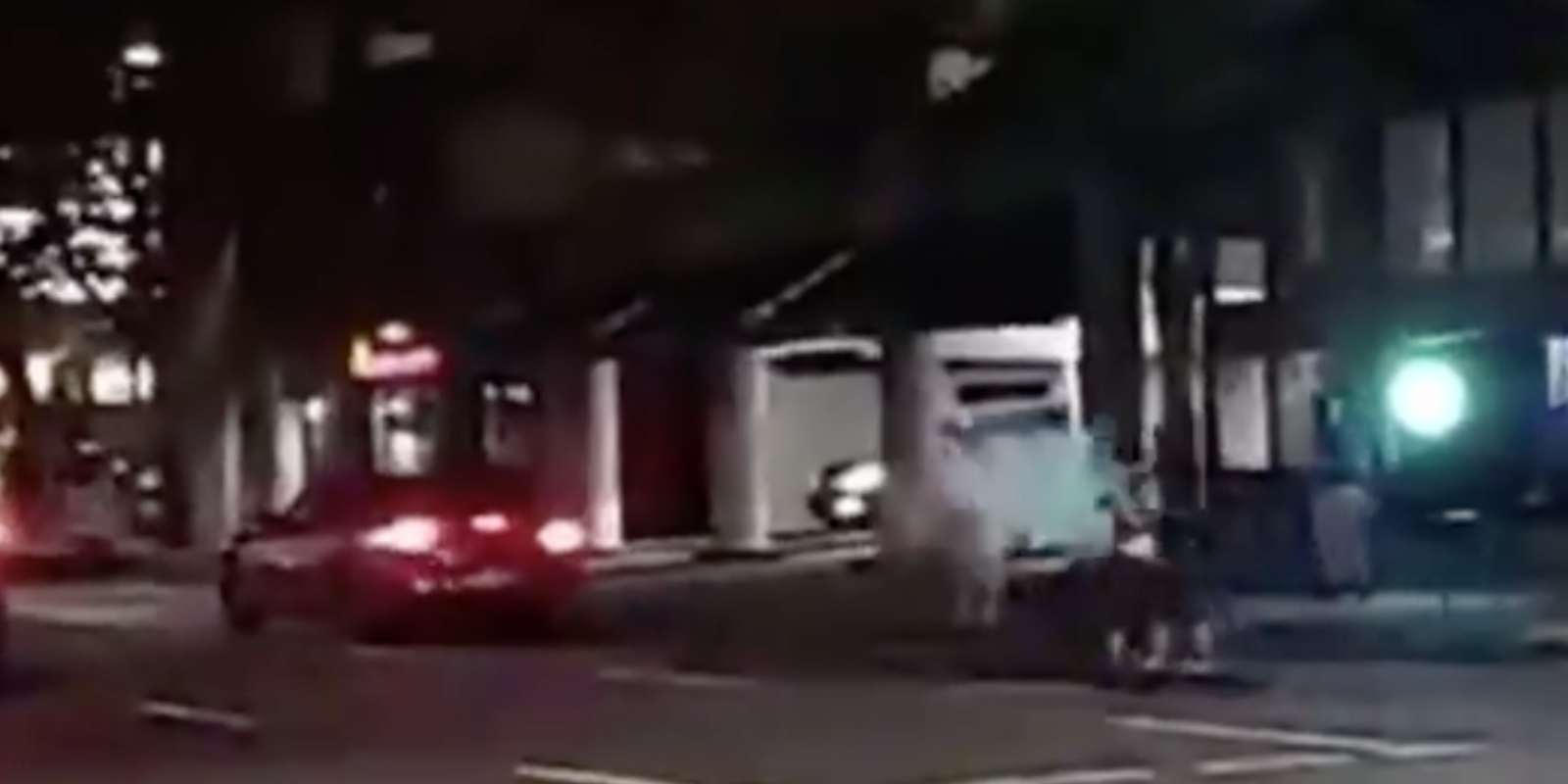 On the 95th day of riots and protests in Portland, Ore., a Trump supporter was fatally shot. He was identified by his "Patriot Prayer" hat and his shooting death was caught by multiple livestreamers.

As cars drive through the intersection, a man can be seen pulling a gun and shooting. The man who is hit stumbles and falls and is then illuminated by headlights.

At the moment of the murder, a voice can be heard to celebrate the death of a "Trumper."

After the man was murdered, his death was celebrated as a victory over Trump, and the dead man was assumed to be a Nazi.

The crowd reportedly laughed and cheered in the face of loss of life.

It was shortly prior to this that an individual who was reportedly trying to prevent a mob from ransacking a gas station was termed a Nazi for his efforts, and chased off. The police can be heard instructing people to clear the area, but the crowd pays absolutely no attention.

These confrontations in Portland came after  Trump supporters organized a caravan of cars and drove into the city earlier in the evening. Portland activists were not happy to see the crowd, there were confrontations between Antifa militants and supporters of the US President.

Despite more than three months of rioting, Portland Mayor Ted Wheeler has consistently rejected offers for federal assistance from President Trump to help quell the ongoing unrest in the Oregonian city.

The pro-Trump caravan drew hundreds of the President's supporters into Portland. Ensuing clashes, prior to the fatal shooting, saw Trump supporters use pepper spray and paintball guns to clear the street while Antifa militants responded by throwing objects, including bottles full of mysterious liquid back at them.

Far-left Antifa militants descended upon the convoy attempting to block their way through.

It was amid ongoing brawls, which saw Trump supporters isolated and assaulted by mobs of Antifa, a man who appeared to be wearing a Patriot Prayer hat, was shot and killed by an unknown assailant.

The Portland Police Bureau said officers responded to gunfire before 9 p.m. and found the victim wounded in the chest, whereupon they administered medical aid. The police determined that the victim had died and have not yet released information about the shooting suspect.

It was not immediately clear how the shooting transpired but witnesses speaking to The New York Times said that a small group of people were engaged in an argument with others in a vehicle when someone opened fire.

The New York Times reported that the victim who was shot and killed was wearing paraphernalia with the insignia of Patriot Prayer, a conservative group based out of Portland that was created in response to Antifa's far left presence in the city.

It was a few hours earlier in the day that a caravan of pro-Trump supporters gathered in Clackamas for the drive into Portland.

This created a long line of traffic on the highway.

They were reportedly hundreds of cars deep when they entered downtown Portland, where individual protestors attempted to stop the group.

Violence escalated with street fights and brawling up to the shooting. Like most nights over the past three months, Portland Police declared the scene a riot.