Project Veritas released a new video on Thursday of Twitter CEO Jack Dorsey calling for more action against President Trump and his supporters on the platform. 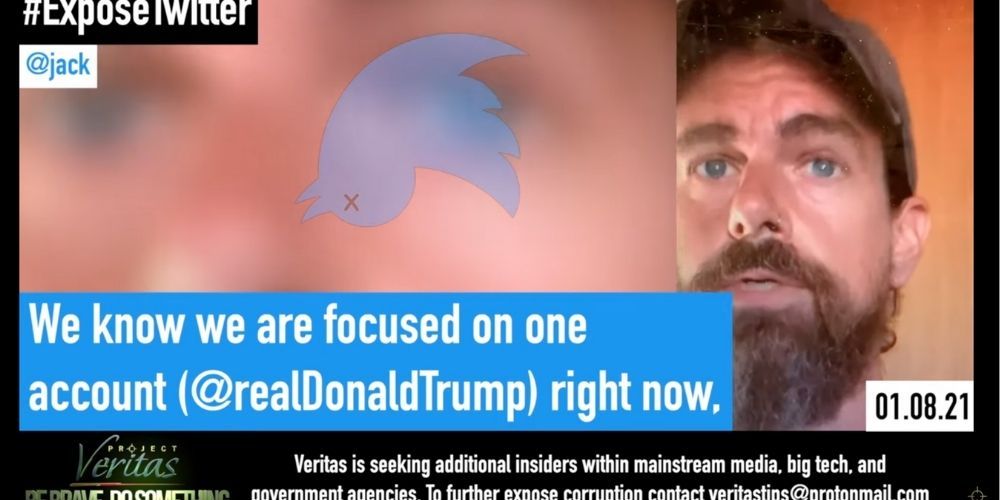 Project Veritas released a new video on Thursday of Twitter CEO Jack Dorsey calling for more action against President Trump and his supporters on the social media platform.

According to James O'Keefe, founder of Project Veritas, the video was provided by an insider who recorded Dorsey.

In the video, Twitter CEO Jack Dorsey said "We are focused on one account [@realDonaldTrump] right now, but this is going to be much bigger than just one account, and it’s going to go on for much longer than just this day, this week, and the next few weeks, and go on beyond the inauguration."

Dorsey also allegedly said in the Project Veritas video, "So, the focus is certainly on this account [@realDonaldTrump] and how it ties to real world violence. But also, we need to think much longer term around how these dynamics play out over time. I don't believe this is going away anytime soon."

"You know, the US is extremely divided. Our platform is showing that every single day," Dorsey can be heard to say.

In a Twitter thread on Wednesday, Dorsey defended the ban but admitted it set a dangerous precedent. World leaders, pundits and users have pushed back against the ban, concerned that it is a blow against free speech online.