After a scathing series of exposés dropped by Project Veritas about CNN's anti-conservative bias this week, Twitter has suspended the outlet's founder, James O'Keefe. 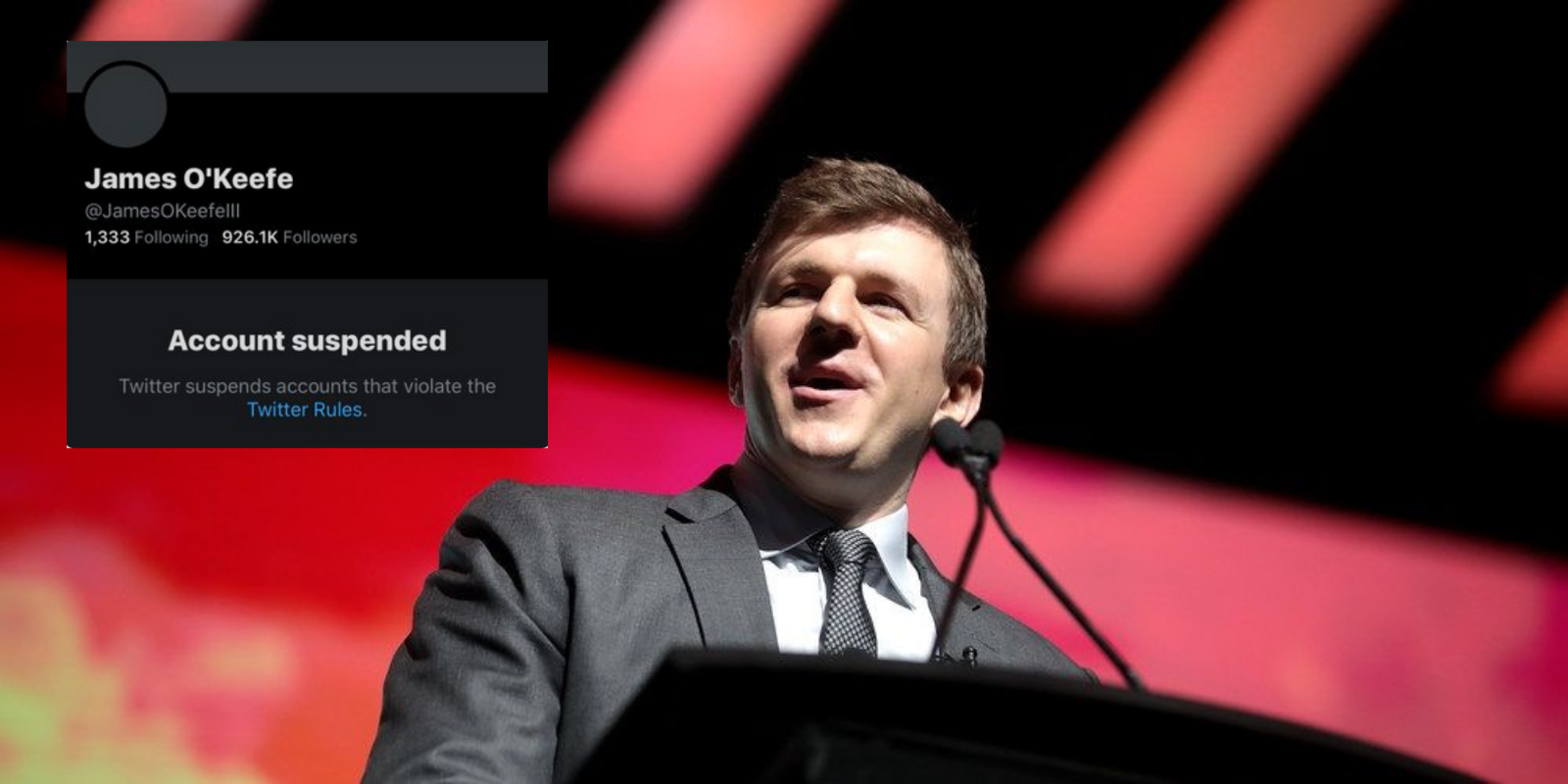 UPDATE: In a new statement, O'Keefe has announced plans to sue Twitter:

After a scathing series of exposés dropped by Project Veritas about CNN's anti-conservative bias this week, Twitter has permanently suspended the outlet's founder, James O'Keefe.

O'Keefe, the publisher and founder of Project Veritas, has consistently been releasing exclusive video footage that exposes the political bias of CNN, Facebook, and Google, among others, in a series of bombshells reports.

Twitter had previously issued temporary suspensions to both Project Veritas and James O'Keefe, but at this time there is no reason or duration given to this latest suspension, other than that the account had violated Twitter rules.

The Post Millennial's Andy Ngo suggests that Twitter suspended O'Keefe not for a rules violation, but for the hidden camera videos showing a CNN director proudly and purposefully revealing that the news network engaged in propagandist reporting to further the aims of the Democratic party. This suspension could be perceived as another instance of big tech taking ownership over American free speech rights and crushing them.

Author and journalist Jack Posobiec posited that O'Keefe's suspension could have something to do with a recent Twitter exchange O'Keefe had with freelance journalist Jesse Hicks. This concept is speculative at this time.

Despite Twitter's responses saying that there's been a rules violation, many will undoubtedly believe that Twitter's take down was much the same kind of partisan brinksmanship that led them to suppress stories from the New York Post that revealed a link between now President Joe Biden and his son Hunter's shady business dealings.

However, the Twitter ban of such a prominent voice in conservative journalism leads to a great deal of speculation. Twitter CEO Jack Dorsey has been at the forefront of defending Twitter's decision to ban, suppress, and suspend prominent conservatives, including the platform's permanent ban on former President Donald Trump.

Speculation from The Daily Caller's Greg Price likened O'Keefe's suspension to the ban of conservative meme artist Carpe Donktum, who was banned after embarrassing CNN for the network's race-baiting video about babies.

Florida Representative Matt Gaetz took the opportunity to say that Twitter was suspending O'Keefe for humiliating the network, which he said had additionally and intentionally spread partisan lies about both Gaetz and Trump.

O'Keefe was recently a featured guest on Sean Hannity's Fox News show where he discussed these revelations about CNN.

The undercover videos showed CNN's Technical Director Charlie Chester speaking in detail about how the network furthered their political ends through left-leaning editorial decision. Chester was recorded talking to an undercover, Project Veritas journalist about the network's

In one clip, Chester boasts that the network's biased coverage played a large roll in removing President Trump from office.

"Look what we did, we [CNN] got Trump out. I am 100 percent going to say it, and I 100 percent believe that if it wasn't for CNN, I don't know that Trump would have got voted out…I came to CNN because I wanted to be a part of that."

O'Keefe told Hannity, "It's probably the biggest story by implication. What it represents this guy, a director at CNN… he's admitting the network is propaganda. He says they were trying to get Trump out without admitting that's what they were doing and saw me confront him about that. I just want them to be honest, he's not being honest, they're deceiving."

O'Keefe continued, "he says that they're helping Biden. They're painting Biden in order to help him with this aviator shades. So this is an extraordinary admission. It's the number two trending story globally on Twitter, which is ironic because Jack Dorsey banned, project Veritas from Twitter, yet our stories trend on Twitter. That means the truth is getting out there. No matter what."