"Clearly, this family has been seasoned in this type of behavior." 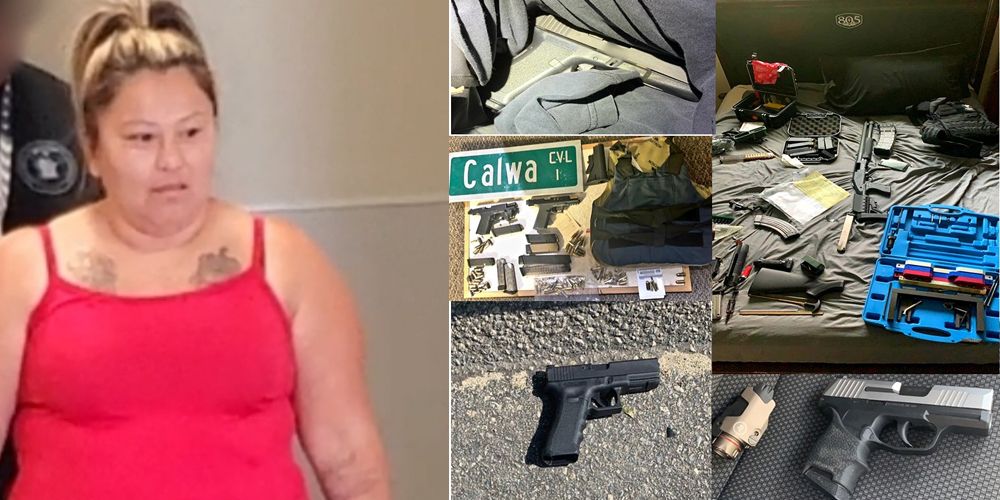 Earlier this year, Christina Lopez received an almost $5 million settlement after the police killed her son in 2017. Now she’s been arrested for allegedly buying guns for her son and the California gang he was a part of.

The Fresno County Sheriff’s Office revealed they’ve been after the Calwa gang for a few months now, after one of them murdered someone back in July. What started as detectives at the crime scene where a 52-year-old man was shot and killed, turned into identifying a stolen video and surveillance video of potential suspects.

Police were able to take that information to arrest 18-year-old Richard Aguilar of Fresno, California. A SWAT team had to breach Aguilar’s home because he barricaded himself inside, but he ended up surrendering.

According to CBS, the murder of the 52-year-old man was a hit job ordered by a murder convict serving a life sentence at the Salinas Valley State Prison.

Authorities managed to make a total of 14 arrests and seized 12 different firearms as a result of cracking down on the Calwa gang, including a gang member’s mother for supplying guns.

In April of this year, the city of Fresno paid 42-year-old Christina Lopez $4.9 million USD for the death of her son Isiah Murrietta-Golding in 2017. He was 16 when he died.

Fresno County District Attorney Lisa Smittcamp said Christina Lopez was buying guns for her 14-year-old son. Lopez’s defense attorney says she can account for all the purchases from settlement money.

"She has continued now to take the money from her settlement that she received from the city of Fresno to buy a home where she lives in addition to spending thousands of dollars on guns that she has in turn given to her 14-year-old son," they allege.

Christina Lopez’s son was reportedly wrapped up in the gang’s activity involving the July murder. Authorities say he gave the other members of the Calwa gang the firearms his mother bought for him.