All over the European continent, posters have been popping up showing images of famous women like Kate Middleton and Kamala Harris which have been doctored to make them look like domestic violence victims. 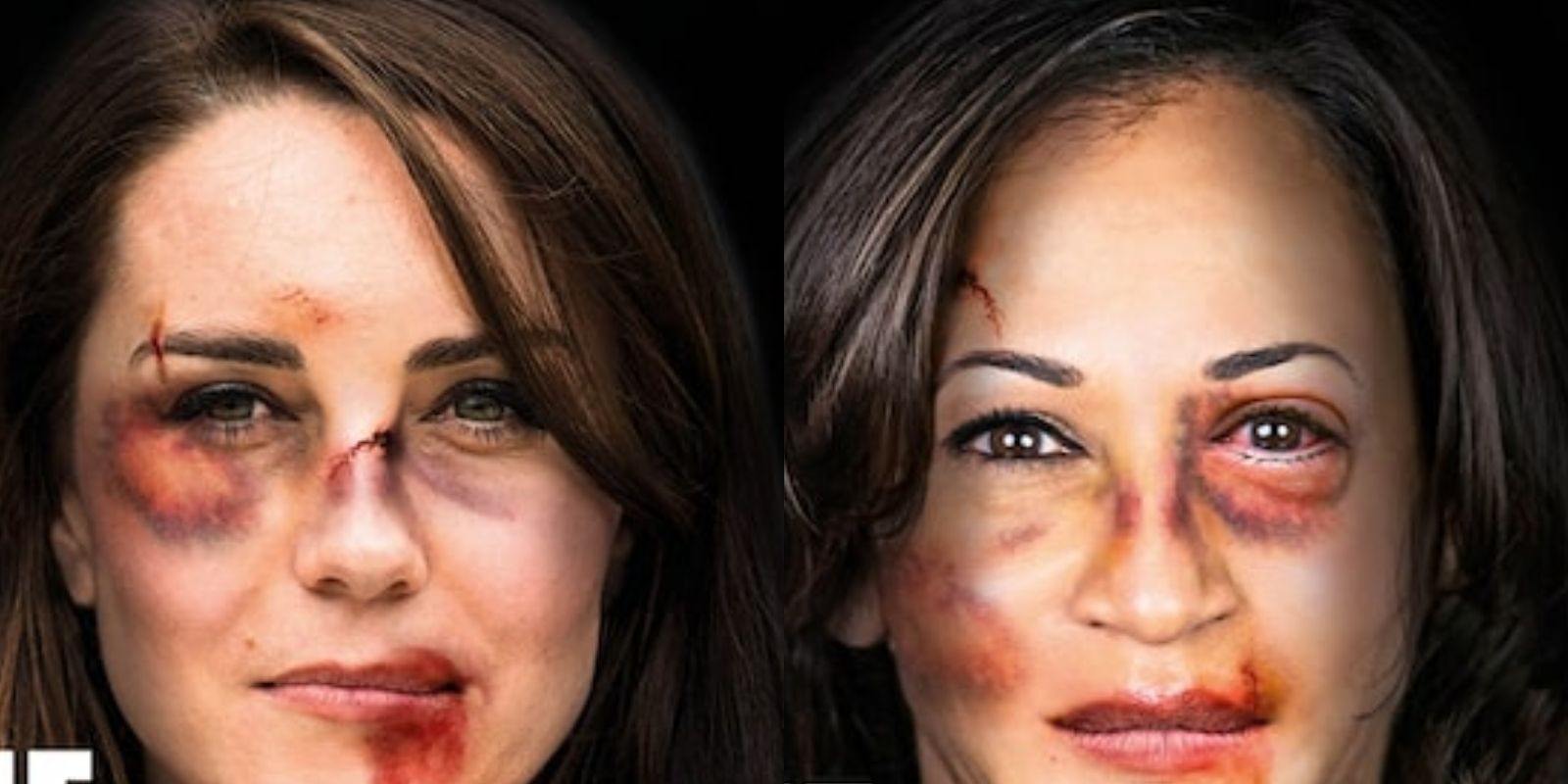 All over the European continent, posters have been popping up showing images of famous women like Kate Middleton and Kamala Harris which have been doctored to make them look like domestic violence victims.

According to TMZ, the retouched photos are the work of expert artist Alexandro Palombo, who claims he wishes to "draw attention to the poor responses from politics regarding the problem of gender-based violence and highlights the ineffectiveness of the support and protection system to the victims."

“Why should a woman report the violence if after the report she is not protected by the institutions and ends up being killed anyway? How can a woman victim of abuse and violence still have faith in the institutions?" continues Palombo.

The posters have especially been spotted in places such as Milan and in various part of the country of Spain. They have also featured the faces of other prominent and immediately recognizable people, such as Spain's Queen Letizia.