The CBC, the state-funded broadcaster of Canada, has edited out President Trump’s iconic cameo from their broadcast of the Christmas movie Home Alone 2. 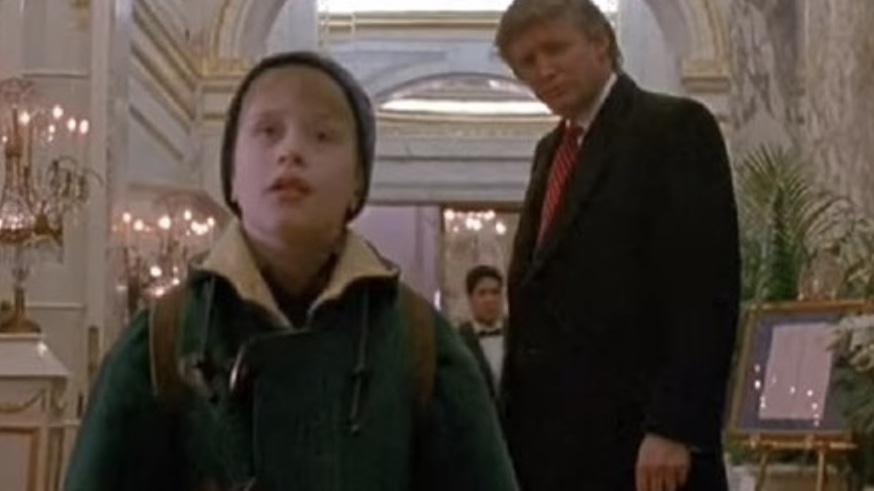 According to conservative activist Ryan Fournier, the CBC, the state-funded broadcaster of Canada, has edited out President Trump’s iconic cameo from their broadcast of the Christmas movie Home Alone 2: Lost In New York.

The claim has been verified by American news outlet PJ Media, which reports, “CBC edited out Donald Trump’s cameo from the 1992 movie. And people watching it were quick to report the suspicious omission on social media. Some were outraged, and the snowflakes were thrilled.”

The deleted scene can be found here:

Many commentators on social media have expressed that this particular edit was political. CBC coverage is highly critical of U.S. President Donald Trump.

After CBS News, Fox News and other major US media outlets reported on CBC’s excising of Trump from the movie, CBC responded publicly on Twitter.

“CBC responds to criticism that short scene featuring Donald Trump was deleted from movie Home Alone 2, which aired recently. Spokesperson says ‘several’ cuts made for time. ‘These edits were done in 2014 when we first acquired the film and before Mr. Trump was elected president,’ read CBC’s statement issued Thursday morning.

ComicBook.com first reported on the omission and they “reached out to the CBC for comment on why Trump was cut from their Home Alone 2 broadcast, and the CBC replied ‘As is often the case with features adapted for television, Home Alone 2 was edited to allow for commercial time within the format.’”

“Well, I’m in Home Alone 2, and a lot of people mention it every year, especially around Christmas,” US President Donald Trump said this Christmas Eve about his cameo in the movie.

“So it’s an honor to be involved in something like that. You always like to see success,” Trump also said.

As PJ Media pointed out in its report, the CBC appears to have first made the cut of Trump’s cameo appearance in the movie for the Christmas of 2015, which was the same year Trump started running for president and was being attacked by the media, who were claiming he was racist.