Chicago art institute fires all of its volunteer museum guides because most were wealthy white women: report

The Chicago museum reportedly fired all of its volunteer greeters and guides because most were older wealthy white women. 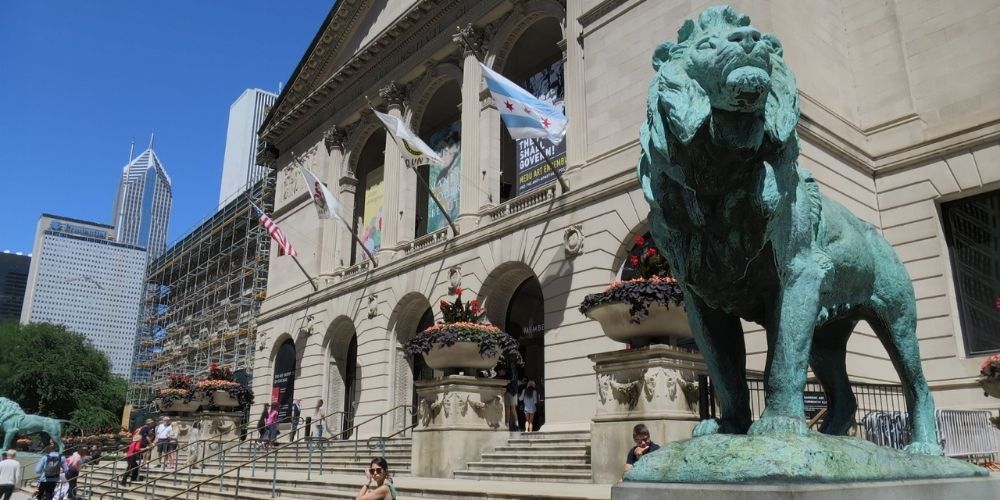 On Friday, it was reported that in early September, the Art Institute of Chicago fired all of its docents, or trained volunteer museum guides and greeters, for being "mostly older white women of above-average financial means."

According to the Wall Street Journal, on Sept. 3, Veronica Stein, an executive director of learning and engagement at the museum, sent an email to the more than 100 docents the museum has, firing all of them.

According to the Wall Street Journal, Stein said that the museum needs to move "in a way that allows community members of all income levels to participate, responds to issues of class and income equity, and does not require financial flexibility," reportedly pointing to the predominantly white and above-average financial means of the museum guides as an issue.

A museum docent is a guide who serves as an educator who brings people on tours of the museums' artworks, giving details into the works and the artists' backgrounds. The position is usually a volunteer one.

Gigi Vaffis, president of the docent council, said in an interview with radio station WBEZ that they were "disappointed" in the actions of the museum.

"We were surprised, we were disappointed" by the sudden firing, said Vaffis, adding: "There is an army of very highly skilled docents that are willing and ready and able to continue with arts education."

According to a Sept. 13 letter protesting their firing, according to the Wall Street Journal, the docents noted that each of them had "engaged in eighteen months of twice-a-week training to qualify as a docent, five years of continual research and writing to meet the criteria of 13 museum content areas, and monthly and bi-weekly trainings to further educate ourselves with the materials, processes and cultural context" of the Art Institute's collection.

Dietrich Klevorn, a docent since 2012, said that "It was nearly a full-time job." The Wall Street Journal noted that "Klevorn was the only docent who agreed to speak to the Journal, rejecting the institute's request that they not talk to the media."

"We had to spend a lot of time physically in the museum studying works of art, researching, putting tours together," she said. "We had to be very comprehensive about everything as we talked with them, moving through the space."

In an editorial published in the Chicago Tribune on Sept. 27, the museum's actions were condemned, calling Stein's letter "weaselly," noting:

"Volunteers are out of fashion in progressive circles, where they tend to be dismissed as rich white people with time on their hands, outmoded ways of thinking and walking impediments to equity and inclusion."

The editorial slammed the sudden dismissal of the docents, adding that while there are laws that protect such a reasoning for their dismissal in the workforce, those laws do not cover volunteers.

"The museum docents came from all walks of life and by no means were all of them either white or wealthy. Most of them long have seen themselves as liberals and progressive thinkers, arts lovers who have found their calling later in life and are fully aware of some of the things that have to change in museums. They just thought it would not have to be them," the editorial states.

They proposed that other routes could have been taken, in place of the sudden dismissals: "Why not invest some time in recruiting new, diverse docents? Why not grow the corps in such a way that it's refreshed? Why not help docents who need help with expenses or child care? Why not have a hybrid model, at least until the current docents exit?"

"And, above all, instead of trashing volunteerism as inherently elitist, why not avow and attest to its ongoing value as a vital part of necessary diversification and cultural change?" they continued.

Robert Levy, chairman of the Art Institute, defended the decision of his "professional staff" to dismiss the amateur volunteers in a reply to the editorial piece. Levy insisted that the plan had been in the works for 12 years, despite the dismissals coming with no warning:

"Critical self-reflection and participatory, recuperative action is required if we are to remain relevant to the changing audiences seeking connection to art."

Vaffis insisted that the docents were a more diverse group than they were given credit for, containing a variety of people both ethnically and socio-economically, with an active firefighter and a condominium manager amongst their ranks.

Despite Vaffis' comments, Klevorn, who is black and owns a Chicago gallery, noted that her fellow docents were "not a demographically representative population."

"Still, the Art Institute hasn't explained why they had to be jettisoned en masse and not diversified over time. The museum appears to be in the grips of a self-defeating overcorrection. It has adopted the language of diversity, inclusion and equity so completely that it was willing to fire the same upper-middle class volunteers it relies on for charitable donations," wrote the Wall Street Journal.