The union voted for the action after just 400 cases of COVID-19 were reported on Tuesday morning in the city. 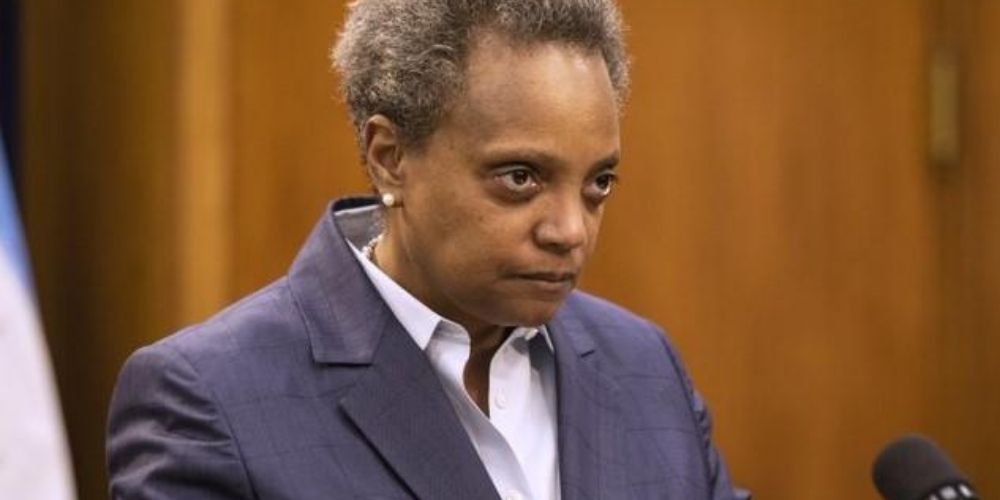 The Chicago Teachers Union voted to move classrooms back to remote learning starting January 5, announcing the decision at 11 pm the night prior, prompting outrage from parents and city leaders.

The union voted for the action after just 400 cases of COVID-19 were reported on Tuesday morning in the city. With the vote coming on such short notice, no system had been in place to properly accommodate for the students, resulting in around 350,000 students not having school on Wednesday, according to the Daily Mail.

The union said that around 73 percent of its members supported the decision to go remote.

Public health commissioner Dr. Allison Arwady held a news conference on Tuesday to patch up claims that children were in danger by being at school.

"One of the things I'm hearing the most misinformation about is that Chicago hospitals are filling up with children, that many Chicago children are dying of COVID," Arwady said.

"If you're vaccinated, if you're child is vaccinated, this is behaving like the flu and we don't close school districts, especially for extended periods of time, for the flu," she added.

Mayor Lori Lightfoot condemned the decision by the teachers union, warning those teachers that failed to turn up that they would be docked pay.

"We need to lean in to the science and the data and not push that to the side and give in to fear-mongering and hysteria," Lightfoot continued.

Lightfoot noted that the last time CPS moved to remote learning "we saw was 100,000 children – particularly Black and Brown children – that were disconnected from the system and learning," adding that the school system saw a three-fold increase in failing grades among elementary school kids during that period.

The vote came despite a number of precautions put into palace as students return to school.

The union demanded that students and staff members provide the schools with a negative COVID-19 test before returning to school on Monday.

The union in also calling for daily health questionnaires to be reinstated, free masks be provided for staff and students, and the ability to shift to remote learning if 20 percent or more of students and staff test positive and are in isolation or quarantine, according to the Daily Mail.

The head of Chicago Public Schools, Pedro Martinez, met many of the unions demands, providing  200,000 KN95 masks for teachers and staff, requiring indoor mask wearing, and requiring weekly negative COVID-19 test results from teachers, with the requirement being optional for students.

Martinez is also restoring health screeners and temperature checks to allow entry into buildings. Despite the measures, the union voted to go remote.

"This decision was made with a heavy heart and a singular focus on student and community safety," the union said in a statement.

"We are deeply concerned about this decision but even more concerned about its impact on the health, safety, and well-being of our students and families," the district said in a statement.

Parents of children in Chicago school expressed their disdain on social media, with mother Tiffany Tassone writing on Facebook:

"Childcare is not my problem!!! It's education for my kids that is the problem!! You all had 2 weeks to decide to close and do remote, but NO you chose to WAIT until 2 days AFTER kids come back , to close??? What was the actual point of that? THESE KIDS NEED TO BE IN SCHOOL. TEACHERS YOUR JOB IS TO GIVE OUR CHILDREN THE EDUCATION THEY NEED... THATS WHAT YOU SIGNED UP FOR.. TO TEACH AND MAKE A DIFFERENCE!!! NOW CTU.. YOU'RE JUST SELFISHHHHHH. ITS NOT ABOUT THE KIDS ANYMORE . ITS REALLY NOT."

"Please give us an option! Let us parents choose for our children if either in person learning or remote learning is better for our children," CPS parent La Trice Twin McFadden pleaded on Facebook.

"I would obviously prefer it to be in person," said parent Praveen Sivaraman. "That is always good for the kids."

The White House responded questions about the the action during Wednesday's press conference.

"I wanted to start with Chicago, can you tell us if the White House or the education department or the administration at large is doing anything to help get teachers and students back into school there?" one reporter asked.

Psaki stated that the administration is in contact with "a range of stakeholders on the issue of school reopening and closures."

She continued on to say the president and the entire administration is working to "keep schools open."

"As the President said yesterday, he wants schools to be open, we know they can be open safely. And we're here to help make that happen. And he agrees with medical, scientific and education experts that because of the historic work we've done, we are more than equipped to ensure schools are open."

"And we're going to keep our children and educators who selfless or who selflessly serve their community safe, but ensure that children are not enduring the mental health impact of not being in school that we are there are not gaps in learning. This includes schools everywhere, including in Chicago. Fortunately, 96 percent of schools are doing just that."