College Democrats of America rocked by political infighting including allegations of anti-blackness, Islamaphobia and anti-Semitism

12 Muslim advocacy and anti-Israel groups, including CAIR, released a letter denouncing the CDA promoting sensitivity trainings by ADL and AJC, both Jewish organizations, which they labeled "...organizations with a history of anti-Muslim and anti-Palestinian actions." 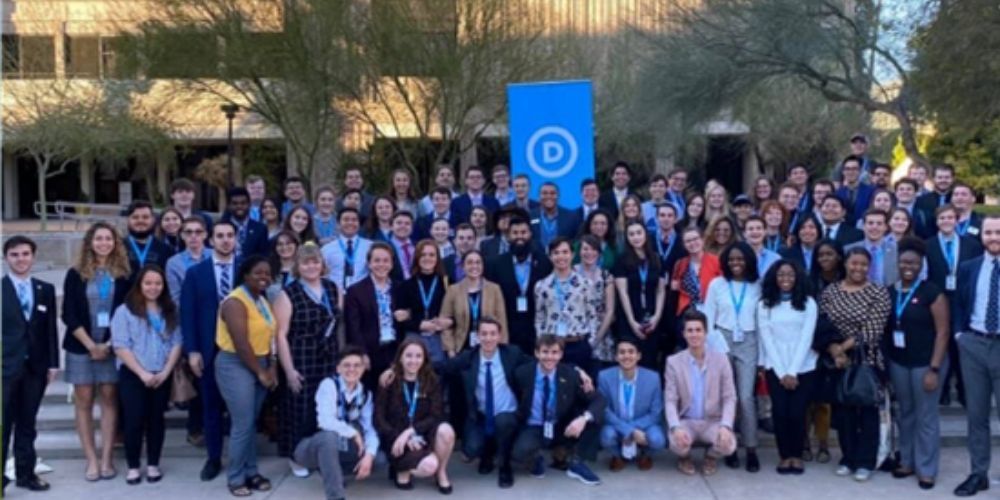 The College Democrats of America, a subsidiary of the Democratic party which encompasses 500 chapters on campuses nationally is tearing itself apart across the country, according to a bombshell new report.

Politico reported that leaders in the group are accusing each other of being anti-Black, Islamaphobic and anti-Semitic in a hyper-woke environment, which is a microcosm of the rift inside the Democratic party itself. The organization’s new vice president, Nourhan Mesbah, is being impeached. The infighting has gotten so bad that a student running for president of the group to withdraw their candidacy in September and the Democratic National Committee is considering disaffiliating with collegiate organization entirely.

According to the outlet, in September Tasneem Ahmad Al-Michael, a former vice president of the CDA ended his presidential campaign after a 2014 tweet in which he used a racial slur resurfaced, CDA members involved in the election said.

Mesbah, who was serving as the CDA’s director of Inclusion, Diversity, Equity, and Access (IDEA) as well as other presidential and vice presidential candidates jumped into the race.

The day before the election, the CDA’s Jewish Caucus shared a 2016 tweet Mesbah posted during the presidential debate between Hillary Clinton and Donald Trump in which he wrote, "I blame this debate on the yahood," an Arabic word often used as a slur against Jews while tagging another user who had a history of anti-Semitic tweets.

Mesbah narrowly won the College Democrats’ vice presidential race but even after an apology that went through many drafts, the CDA board passed a resolution, 19-3, censuring Mesbah and required her to "undergo training about antisemitism and cultural sensitivity from the Anti-Defamation League, the American Jewish Committee, or the US Holocaust Memorial Museum."

According to the outlet as of today, she has not participated in the training.

Last week, Jeremy Ward, Mesbah’s successor as IDEA director, released a report calling for Mesbah to resign as vice president "...due to the harm caused to two different communities." The report included the tweet and alleged that Mesbah exhibited "...a pattern of discrimination against members of the black community, specifically black women." Some in the organization called for Mesbah’s resignation or impeachment while others accused Ward of a political hit job.

Even before the report was made public, however, word of its findings were trickling out and causing a stir nationally. Two anti-Semitic organizations the Council on American-Islamic Relations and Palestine Legal rushed to Mesbah’s defense. 12 Muslim advocacy and anti-Israel groups, including CAIR, released a letter denouncing the CDA promoting sensitivity trainings by ADL and AJC, both Jewish organizations, which they labeled "...organizations with a history of anti-Muslim and anti-Palestinian actions."

Matt Nowling, the former interim president of the College Democrats noted that "The college Democrats is a pipeline to the Democratic Party and the broader progressive movement." Many have noted that the same struggles occur in the party itself on a national level.