Environment Minister Catherine McKenna was backed by federal court judge in reducing hunting of polar bears despite locals saying the bear is thriving. 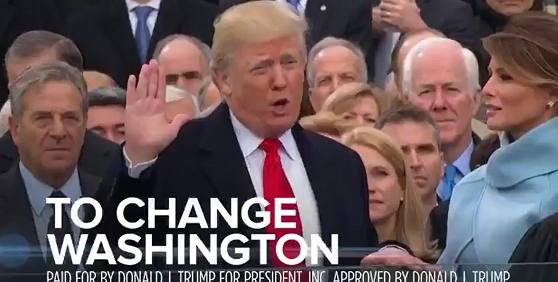 Despite having Inuit Traditional Knowledge about healthy polar bear populations in Nunavik, Environment Minister Catherine McKenna used her discretion to slash harvest limits of the popular animal, even further than local indigenous authorities had proposed.

“By and large, Nunavik residents have observed an increase in the polar bear population, and a particularly notable increase since the 1980s,” reads and excerpt from Federal Court Justice Paul Favel’s decision denying Makivik Corporation – the legal body for Nunavuk Inuit – a judicial review of McKenna’s 2016 decision.

Makivik brought its case to federal court after McKenna’s directive to drop a previous voluntary agreement among local indigenous stakeholders from 60 polar bears per year to just 23, in an area known as Southern Hudson Bay on along the western shore of Quebec.

Nunavik and Nunavut Inuit, as well as the Cree of Eeyou Istchee and Cree Nations of Ontario had proposed a total annual harvest of 28 bears for the region, but it wasn’t enough for McKenna who has used the polar bear’s purported plight to push her climate change agenda.

As far back as 2013, before McKenna assumed the role of Environment minister in PM Justin Trudeau’s first majority government, bureaucrats from the department had warned indigenous groups about “the international scrutiny” their region faced over its polar bear harvest.

“Several animal rights NGOs are using the South Hudson Bay situation as a rationale to up-list polar bears to Appendix 1 on the Convention on International Trade in Endangered Species,” Makivik submitted that Environment Canada officials told the locals.

“If this proposal is successful it would effectively end trade in polar bear, and this would have a detrimental impact on hunters across the Canadian Arctic.”

Makivik argued that failing to integrate Inuit wildlife management insight with scientific knowledge, McKenna “failed to discharge its obligations under Nunavik Inuit Land Claims Agreement in a manner consistent with the honour of the Crown.”

But Justice Favel disagreed and in his decision noted that the “Minister’s consideration and adherence to the (land claim’s) decision-making process was correct… her decision reasonable.”

In addition to providing a traditional food source – a healthy bear can yield up to 200 kilograms of meat – the pelts are worth thousands of dollars and quality bearskin rugs, tens of thousands.

There are sport hunting implications that have a wider impact on local economies across the Canadian Arctic as well. Hunting enthusiasts, many from the United States, pay upwards of $40,000 for the chance to bag a polar bear.

Before the U.S. listed the animal as endangered in 2008, revenue generated for Nunavut and Northwest Territories by local outfitters guiding such hunts was about $2.5 million annually. Today that figure has diminished to about $700,000.

In order to generate maximum revenue and employment benefits of such endeavours, and keep the sporthunter’s pursuit sporting, dog teams must be hired to track the bears and no hunting is allowed the same day as the client arrives. It’s meant to prevent any unfair advantage via aerial reconnaissance.

According to federal government data, Canada is home to approximately 16,000 polar bears of an estimated 25,000 total population worldwide. A 2013 aerial survey of polar bears in the Southern Hudson Bay region found 941 bears.

In addition to Inuit skepticism about a polar bear decline, backed by their traditional, or local knowledge about the relative health of polar bear populations, University of Victoria professor Susan Crockford was fired last month for promoting her research that contained similar findings.

Like Environment Canada officials told the Inuit in 2013, and for which indigenous people have been well aware for decades, outside NGOs continue to exploit the iconic status of animals like the polar bear, ignoring stats, at the detriment to Inuit people.