The group accused Rogan spreading "dangerous disinformation" about the COVID-19 pandemic through his podcast. 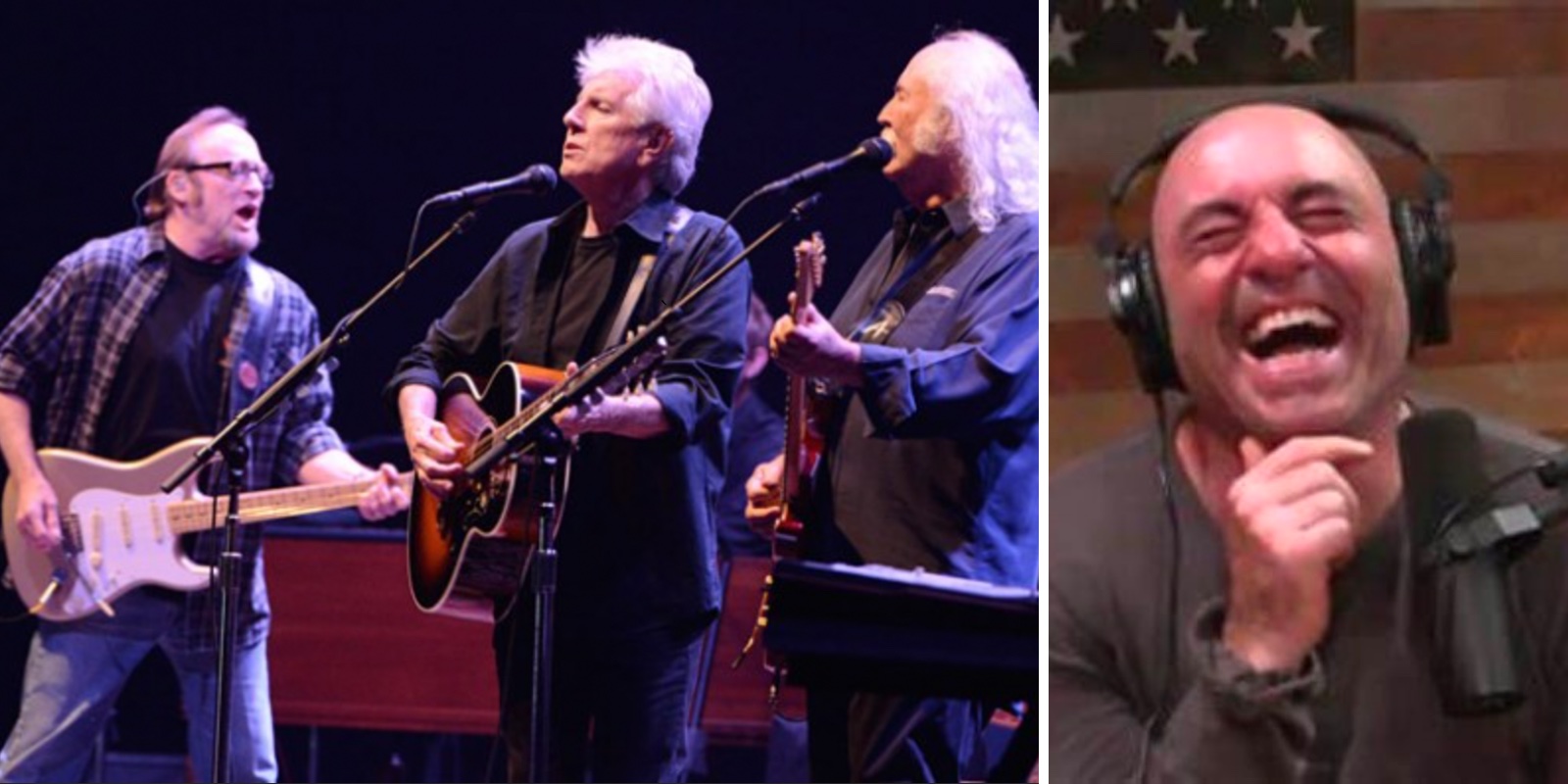 Crosby, Stills and Nash have decided to return to Spotify, following their boycott of the streamer that began in February to protest podcaster Joe Rogan’s content. That boycott failed to oust Rogan from the streaming platform.

According to Billboard, the group’s music returned as of Saturday. CSN will reportedly donate proceeds from streams to Covid-19 charities for at least one month.

In February, David Crosby, Stephen Stills and Graham Nash joined ex-bandmate Neil Young and others to announce they were pulling their music from the platform due to Rogan’s podcast which offered ideas about the Covid-19 pandemic that were different than the official narrative.

The group, which has not been active since 2015, accused Rogan spreading "dangerous disinformation" about the Covid-19 pandemic through his podcast.

At the time, the band said in a statement, "While we always value alternate points of view, knowingly spreading disinformation during this global pandemic has deadly consequences. Until real action is taken to show that a concern for humanity must be balanced with commerce, we don’t want our music — or the music we made together — to be on the same platform."

In response to the boycott, Rogan threatened to quit Spotify, which would have meant leaving a $200 million deal on the table, if he were asked to self-censor.

During a conversation with MMA fighter Josh Barnett about podcast industry Rogan said, "I will quit. If it gets to a point that I can’t do it anymore, where I have to do it in some sort of weird way where I walk on eggshells and mind my p’s and q’s, f*ck that!"

"There’s more people pouring over it but it’s the same thing. I do it the same way," Rogan added. "If I become something different because it grew bigger, I will quit."

Rogan also commented that his job "…requires sincerity; without it, this show doesn’t have any success."

In response to the backlash, Spotify placed a content advisory on some of Rogan’s episodes related to COVID-19 and removed 113 episodes of Rogan’s podcast.