A bipartisan measure to provide security to justices and their families had support in the Senate, but has stalled in the Democrat-controlled House of Representatives. 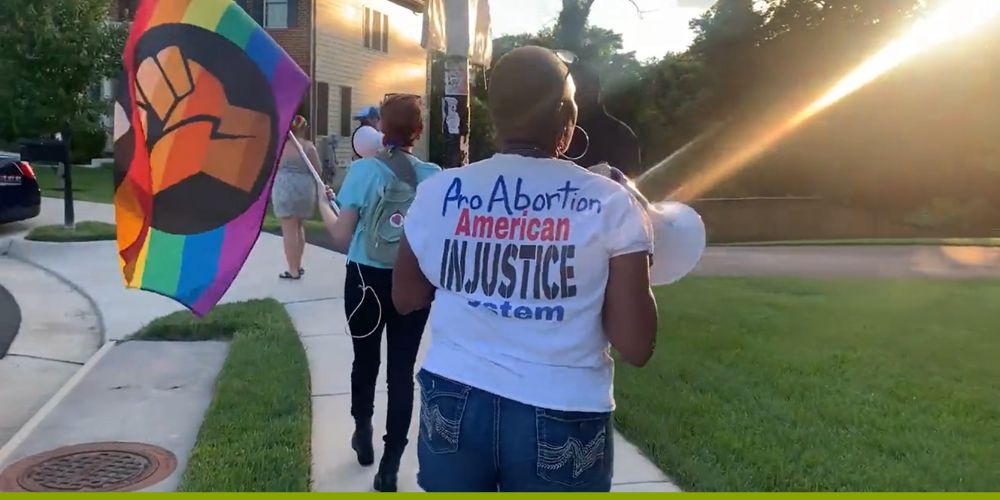 The night after a California man allegedly attempted to assassinate Supreme Court Justice Brett Kavanaugh, protesters marched outside Justice Amy Coney Barrett's home, where she lives with her husband and seven children.

The protesters wore t-shirts that read "pro American injustice system" and carried rainbow flags with the BLM logo Thursday evening. They marched in front of the justice’s home chanting, "Your neighbor says post-Roe, we say hell no!"

According to criminal defense attorney and legal analyst Jonathan Turley, "protesters are screaming into bullhorns to harass a justice because (Barrett) disagrees with them on the interpretation of the Constitution. Yet, even law professors have praised the targeting of the homes of justices and even become 'more aggressive.'"

Early Wednesday morning, an armed man was arrested outside Kavanaugh's home in Chevy Chase, a Maryland suburb of Washington, DC, after making violent threats towards the justice's life.

The suspect, a 26-year-old from California, was reported to have been carrying a Glock 17 handgun with two magazines and ammunition, a tactical knife, pepper spray, zip ties, a hammer, a screwdriver, and other gear.

He told authorities he "wanted to kill" Kavanaugh, one of the court's conservative justices.

It was later reported the suspect was upset at the recent school shooting in Texas, as well as the leaked Supreme Court draft decision to overturn Roe v Wade.

On May 9, the Senate passed a bill to provide around-the-clock security to the families of the justices after the draft of the Dobbs decision, indicating the potential overturning of the landmark Roe v. Wade ruling, was leaked and sparked protests outside the conservative justices’ homes.

The bipartisan measure had support in the Senate, but has stalled in the Democrat-controlled House of Representatives.

In response to a question about protesters demonstrating outside the homes of Justices, then Press Secretary Jen Psaki said, "the President believes in peaceful protest," and urged activists to continue the practice.