More than four months after the August 2020 incident, Gaskins was arraigned on a serious, "strike" case: felony assault on police officer with deadly weapon and felony resisting arrest. 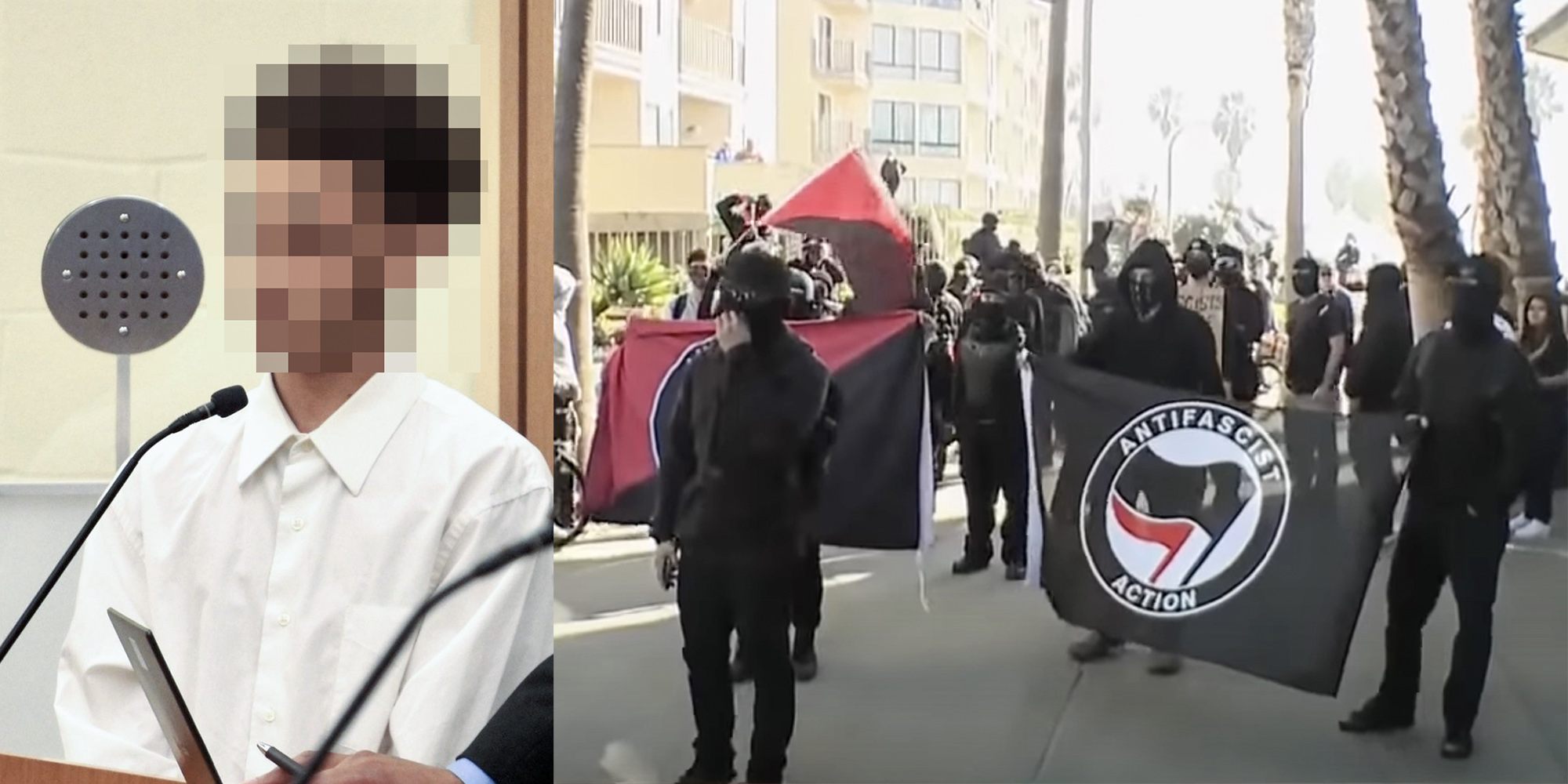 Local news media reported that the number of protesters grew to about 100 before they dispersed around 11 pm that night.

Some of the protestors held signs in support of Black Lives Matter, and the crowd gathered to protest the shooting of Jacob Blake the previous day by police in Kenosha, Wisc. Blake, who was wanted for rape and domestic abuse, fought police officers and attempted to reach inside a car when he was shot. He survived. (Two nights later, on August 25, 2020, seventeen-year-old Kyle Rittenhouse famously shot three rioters in self-defense during rioting in Kenosha; a jury acquitted Rittenhouse of all charges more than a year later.)

About 6 pm that August 2020 evening in San Diego, police officers responded to a call for "mobile force activation" at San Diego Police Department headquarters, because protestors were blocking driveways—both the entrance and exit gateways for patrol cars and emergency vehicles.

At a hearing a year later, SDPD officer Robert Bustamante told a judge that he saw protesters crowding close to police vehicles. The protestors put out their hands and declared, "The vehicles don't need to come in!" Police officers were ordered to "make a lane" so the emergency vehicles could come and go, and officer Bustamante said that when he moved in closer one protester beat him multiple times with a garbage can lid. While the cop was trying to get control of that person, a different man with a red metal pole rushed him from behind.

"He was holding it in his right hand in an upright motion," Bustamante told a judge. "He began to strike me from behind with the red pole and began to hit me in the back of my head and neck," officer Bustamante testified at a preliminary hearing in August 2021. The officer estimated that he was hit ten times, total, and the red metal pole was two-and-a-half to three feet long.

During the confrontation, the cop and his attacker both went to the ground, and the cop said he pulled the face mask off his attacker. "After striking him, he released the weapon," officer Bustamante told the judge. This also allowed the cop to see his attacker's face, and the cop identified defendant Joseph Austin Gaskins in court later, as his attacker.

After the assault, the police officer said he became pale and sweaty, and he was vomiting, which continued and became "dry heaves."  Other cops and his supervisor became concerned and Bustamante was taken to hospital that night. Bustamante suffered head trauma and a concussion, and was off work for some months, he testified.

Although suspect Gaskins was described in an arrest warrant as a Pacific Islander male, he told this writer, "My father is white and my mother is black." The arrest warrant stated that Gaskins is 5 feet 5 inches tall and 100 pounds.

Gaskins told this reporter that he paid his own fees to guarantee his bail bond, and he used EDD money, which is California unemployment welfare cash.  Gaskins said he had been saving up to buy a car.

More than four months after the August 2020 incident, Gaskins was arraigned on a serious, "strike" case: felony assault on police officer with deadly weapon and felony resisting arrest. (He was first charged as Austin Joseph, but that was later declared an alias.) He pleaded not-guilty at his arraignment on Jan. 7, 2021.

Less than five months after the August 2020 alleged attack on a policeman in downtown San Diego, Gaskins allegedly participated in a violent Antifa riot in Pacific Beach. District attorney Summer Stephan first announced the big Antifa case on Dec. 6, 2021, and Joseph Gaskins was one of the defendants arraigned that day, when 24 counts were revealed. The suspects were charged with violent felonies, and are accused of belonging to two Antifa cells in Los Angeles and San Diego. A judge has prohibited media from publishing courtroom footage or photos of the defendants' faces.

Prosecutor Makenzie Harvey told a judge that Gaskins was in possession of "throwing knives" during his first assault on a policeman, in August 2020, and that during the Pacific Beach riot, he also had "throwing knives on his person."

In a grand jury indictment last month, Gaskins was charged with assault, but the grand jury declined to find his skateboard was a "dangerous weapon."
Prosecutor  Makenzie Harvey said: "Once an unlawful assembly is declared by officers, he is seen on video with the skateboard making jabbing motions towards the officers. And in the [assault] in which he was indicted, there's a group beating happening and Mr. Gaskins runs over with the skateboard over his head and makes a motion like he is either bringing the skateboard down and hits the victim in the head, or swings and doesn't strike him—but that is the motion you can see on the video."

Four months after that arraignment, in May 2022, a secret grand jury in San Diego issued new indictments on all 11 accused Antifa defendants. The number of charges grew to 29.

But Gaskins did not appear for that arraignment on June 7. He was also the only defendant who was not charged with felony conspiracy by the grand jury.

In the grand jury indictment, Gaskins is accused of assault likely to cause great bodily injury, when he allegedly swung his skateboard at the head of "unidentified victim seven" while the victim was on the ground. And there is also an allegation that he was out on bail for a previous felony when he committed new felonies, which can add up to two years to any eventual sentence.

The new indictment declared that all defendants had their DNA samples collected. Because Antifa rioters are commonly seen hiding their identities with black uniforms and masks through a strategy called "black bloc," DNA is expected to be important evidence.

Gaskins pleaded not guilty to all charges at his court appearance.

Judge Michael S. Groch told Gaskins he would be allowed to remain at liberty on his own recognizance, but he is not to possess any weapons, particularly "throwing stars."  And if Gaskins has a skateboard, he is not to use it as a weapon. Gaskins must also submit to police searches as part of a "fourth waiver" condition to remain at-large.

The next court date for all 11 Antifa defendants is currently set at 2 pm on August 8 in San Diego's downtown courthouse.