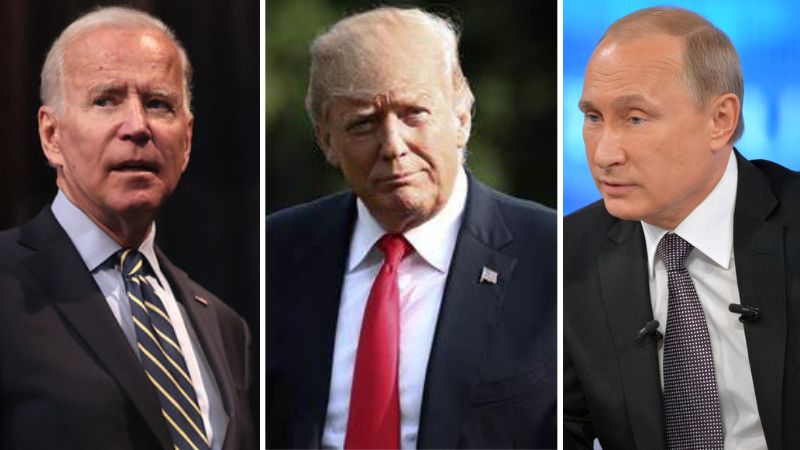 Speaking of Biden, Trump said in video posted by Jack Posobiec on Instagram, "We have a man who has no mind left and his mind in prime time wasn't any good, but he has no mind left. And this is the guy negotiating for us. We have a man that convinced Putin to go into Ukraine."

"Because if you look at the psychology that he used, it's the exact opposite," Trump said in reference to Biden's January 2022 comments referring to Putin's expansion into Ukraine as a "minor incursion."

Biden said during a press conference before Putin invaded Ukraine, "I think what you're gonna see is that Russia will be held accountable if it invades. And it depends on what it does. It's one thing if it's a minor incursion and we end up having to fight about what to do and not do, etc."

"Putin would have never ever gone in," Trump said and remarked of Biden, "he knew the ramifications."

"Do you remember when Biden said, well they might take some small parts of Ukraine," Trump said in reference to the "minor incursion" remarks.

"That was what Putin wanted to hear. That there would be no problem if you take some parts of Ukraine," Trump added.

Trump had been speaking of the war in Ukraine and the escalating conflict, including the danger of nuclear war. Trump referred to nuclear as the second "n-word" you should never say.

The US has sent over $60 billion to Ukraine to aid in their ongoing war with their Russian invaders since February 2022. Congress is set to greenlight more money for Ukraine as President Volodymyr Zelensky asks the US for continued aid.
ADVERTISEMENT
ADVERTISEMENT
TrumpBidenPutin