A 15-year-old girl was allegedly forced to wear an ankle tracking monitor for volleyball practice at Eatonville High School in Washington state as a condition of participating in team sports. 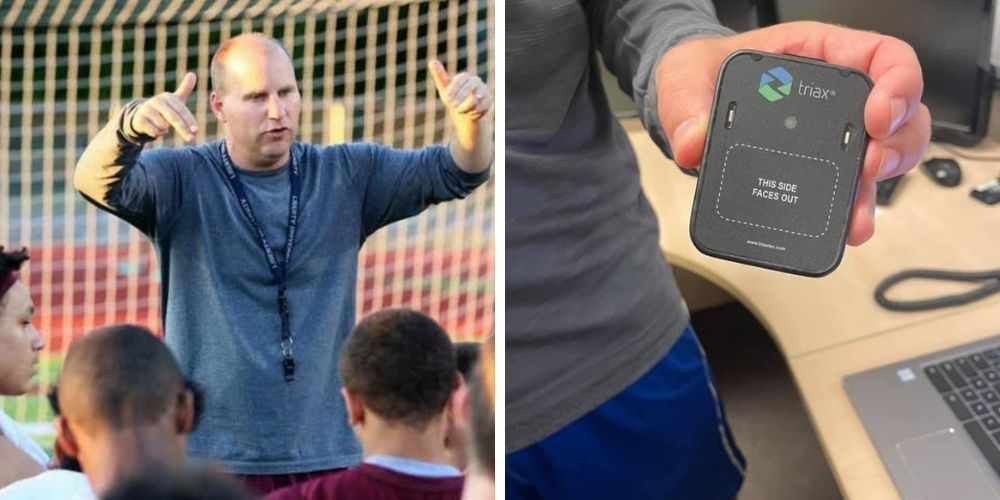 Update: This story has been updated to include statements from a school board member and the superintendent of the school district.

A 15-year-old girl was allegedly forced to wear an ankle tracking monitor for volleyball practice at Eatonville High School in Washington state as a condition of participating in team sports. This was required of both vaccinated and unvaccinated students.

According to her mother who spoke anonymously to The Post Millennial, her daughter was at a practice for the public school's volleyball team and texted her that she was being asked to put on an ankle monitor.

The teen did not answer the mother's follow up texts or calls. The mother assumed she was playing during practice and attempted to contact the school via phone. No one at the school was able to answer her questions about the monitor, so she drove to the building.

The mother spoke to an employee in the school office, as well as a coach and was informed there was a meeting last week discussing the ankle monitoring program for unvaccinated teens. The program was allegedly designed for contact tracing in the event of a positive COVID test of a student.

The TraceTag device used by the school was made by a company called Triax. According to their website, the device was created for the purpose of "maintaining social distancing guidelines" and to provide "real-time insight into whether these guidelines are being observed" for construction and other manufacturing businesses, but makes no mention of school use on the website.

The devices provide "…a visual and audible alarm, so individuals know when to adjust their current distance to a proper social distance."

According to Triax, the device "…is affixed to any hardhat or worn on the body for proximity detection and contact tracing."

The mother identified the coach as Gavin Kralik, who told her that the device would inform the players when they were too close together and was only used for indoor sports. She was also informed that the device would be used for contract tracing so that in the event of a positive test, non-vaccinated students would have to quarantine for up to 14 days. Vaccinated students would not have to quarantine.

The devices were not mentioned in the district's back-to-school policies for fall 2021.

The mother said she was told by Kralik that there were forms to opt-out of the program at a meeting the previous week which she was not informed about and additionally, had received no communication about the meeting or the devices. According to the mother, the athletic director acknowledged the error and apologized for the "slip up" of not getting her consent.

The mother said that when she told the school employees that she was taking her daughter home, the teen was asked by an office staff member to remove the device before she saw her mother and said that the mother could only photograph the device in Kralik's hand as pictured above, not on the child's ankle.

The mother was later identified Tuesday in an interview on The Ari Hoffman Show on Talk Radio 570 KVI. During the interview, Nicci told Hoffman what had transpired on Monday at the school and specified that all students in the class were required to wear the devices, regardless of vaccination status. However, Nicci reiterated that non-vaccinated students would have to quarantine for up to 14 days and vaccinated students would not have to quarantine.

Adding to the intrigue, the school board was approached by Kralik, one of the school's athletic directors, about a program involving a tracking system to help prevent quarantines for the football team. The devices were described as a way to prevent and reduce regular testing. The devices would only be used on the field. A radio toggle, which would not have cellular or GPS capability would be placed on the football helmets and a local booster club was willing to pay for the system.

No decision has been yet authorized and the board is set to convene Wednesday to discuss the program in more detail. Under the rules of the board, the body must vote to accept donations before any programs are paid for, even if they are fully funded.

This would not be the first time someone has gone rogue regarding teen sports in the area. During the 2020-2021 season, a local youth sports association called the police on Eatonville parents who were not wearing masks outside at games.

School Board Director Matt Marshall later told The Post Millennial that the school district has "shelved the devices until proper procedures including community input and board approval process occur."

Marshall added: "I will fight any requirements that segregate students based on vaccination status. I am confident the rest of my colleagues will do the same."

However, Eatonville School District Superintendent Gary Neal disputed that the purpose of the monitors was segregation: "We received grant funding (known as ESSER III) that specifically included provisions to support higher-risk athletic programs, and we used some of those funds to pay for athletic proximity monitors. We are using these monitors for high contact and moderate indoor contact sports. The monitors are for both staff (coaches) and students on the field, regardless if they are vaccinated or unvaccinated. If a student or coach tests positive, we will have immediate information regarding athletes' and coaches' contacts, so we can more tightly determine who might need to quarantine."

The school board will convene a meeting on Wednesday night. This story will be updated with developments from the meeting.