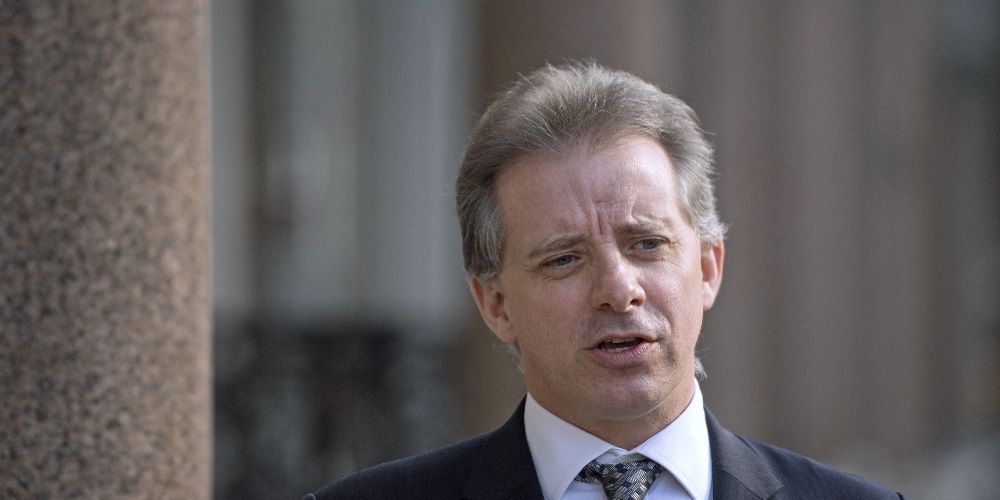 An FBI agent who requested the ability to investigate the legitimacy of Christopher Steele as a source told a Senate committee last year that he left the Crossfire Hurricane team after his request to investigate Steele was denied, Daily Caller reports.

Crossfire Hurricane was the FBI investigation into potential collusion between the Trump campaign and Russia during the 2016 presidential election. Much of their work was based on the testimony in the so-called Steele dossier, a document provided by Christopher Steele, a former MI6 agent.

According to a newly released transcript, FBI agent Joseph Pientka told the Senate Judiciary Committee in August that his request for an "enhanced validation review" of Steele's legitimacy as a source was shut down by Bill Priestap, the assistant director of the FBI's Counterintelligence Divison who opened the investigation.

"My request was to the FBI director of intelligence for them to do what is considered an enhanced validation review, something outside and independent of the Counterintelligence Division," Pientka said.

Pientka sought to investigate Steele's legitimacy in November of 2016 after the FBI cut ties with the former MI6 agent for speaking to the press about his allegations against Trump, by which point the FBI had already used the dossier as probable cause to obtain FISA warrants.

"I recognized the significance of his reporting, the use in a FISA application. I had questions about our intel validation was ongoing in the Counterintelligence Division, and all of that contributed to my professional disagreement," Pientka told the Judiciary Committee.

However, when Priestap denied Pientka's request for an enhanced validation review, he decided to quit the investigation.

The denial of an enhanced validation review raises questions since it appears that FBI officials already believed Steele to be of questionable reliability. A former MI6 agent who worked with Steele said that he suffered "poor judgement" and demonstrates a "lack of self-awareness." FBI agents were aware of these charges but chose not to include them in Steele's source file. The allegations were not mentioned when obtaining the FISA warrant either.

Priestap said that he did not share this information with investigators due to a verbal agreement he made with Steele. Steele would only divulge the information if his credibility was not subject to scrutiny.

Republican Senator Lindsey Graham expressed frustration with the revelations, telling Priestap that he was "whitewashing" the information vital to establishing context for the dossier.

"You’ve got Bill Priestap on Feb. 15th, 2018, with four other people from the FBI briefing this Senate Intel Committee, completely whitewashing the truth about the reliability of the dossier," Graham said in an August FOX News interview.