On Wednesday morning, the first bus transporting illegal immigrants from Texas arrived in Washington, DC, dropping them off just blocks away from the US Capitol building. 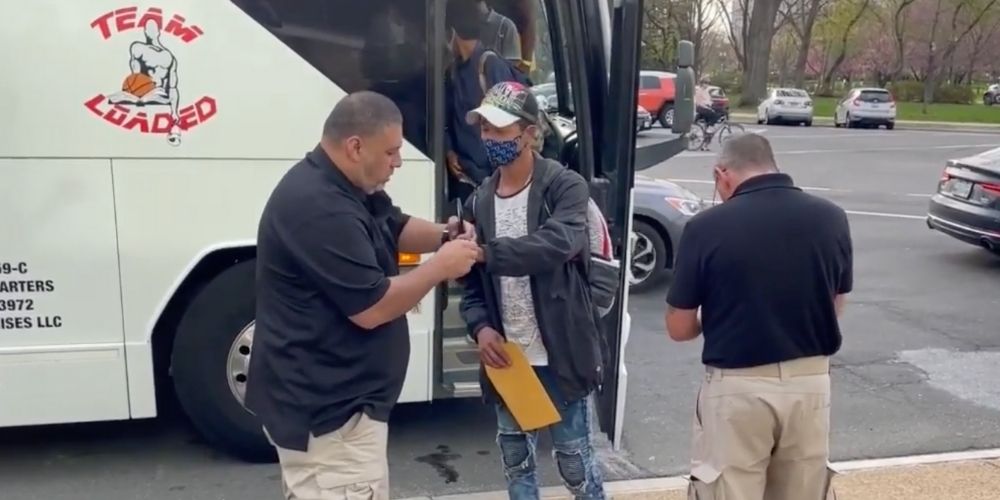 On Wednesday morning, the first bus transporting illegal immigrants from Texas arrived in Washington DC, dropping them off just blocks away from the US Capitol building.

This is the first bus to arrive since Governor Greg Abbott made the announcement last week that he would be directing the Texas Division of Emergency Management (TDEM) to transport those migrants that were released from federal custody in Texas to the capital as well as other locations outside of the state.

According to Fox News, the bus pulled up at around 8 am, with those on the bus reportedly arriving from the Del Rio sector in Texas, with origin countries that include Colombia, Cuba, Nicaragua, and Venezuela.

In a tweet posted by "America Reports" co-anchor John Robert, he said that the immigrants were dropped off outside of a building that houses Fox News, NBC News, and C-SPAn, located on the corner of North Capitol Street NW.

Individuals were let off the bus one by one upon its arrival, with families being let off together. The immigrants had wristbands cut off before being allowed to leave.

The arrival of this first bus comes in contrast to statements from the White House dismissing Abbott’s plans as a "publicity stunt."

TDEM reportedly said that Abbott’s plan is already working, with the agency telling Fox News that of the communities that reached out for support, they say federal government authorities have ceased dropping off immigrants in their towns.

TDEM said it sent busses to border communities over the weekend, where they coordinated with officials to identify these immigrants.

They noted that each bus can carry up to 40 immigrants released in Texas communities to bring them to DC.

According to Fox News, the legality of Abbott’s actions remains in question, with a 2012 Supreme Court ruling stating that states cannot make their own immigration policies.

Abbott announced the actions shortly after the Biden administration announced that it would be ending the Title 42 border policy at the end of May, which was used during the pandemic to expel immigrants.