He wasn't saying the N-word; he was saying the name of the Rockies' mascot, Dinger. 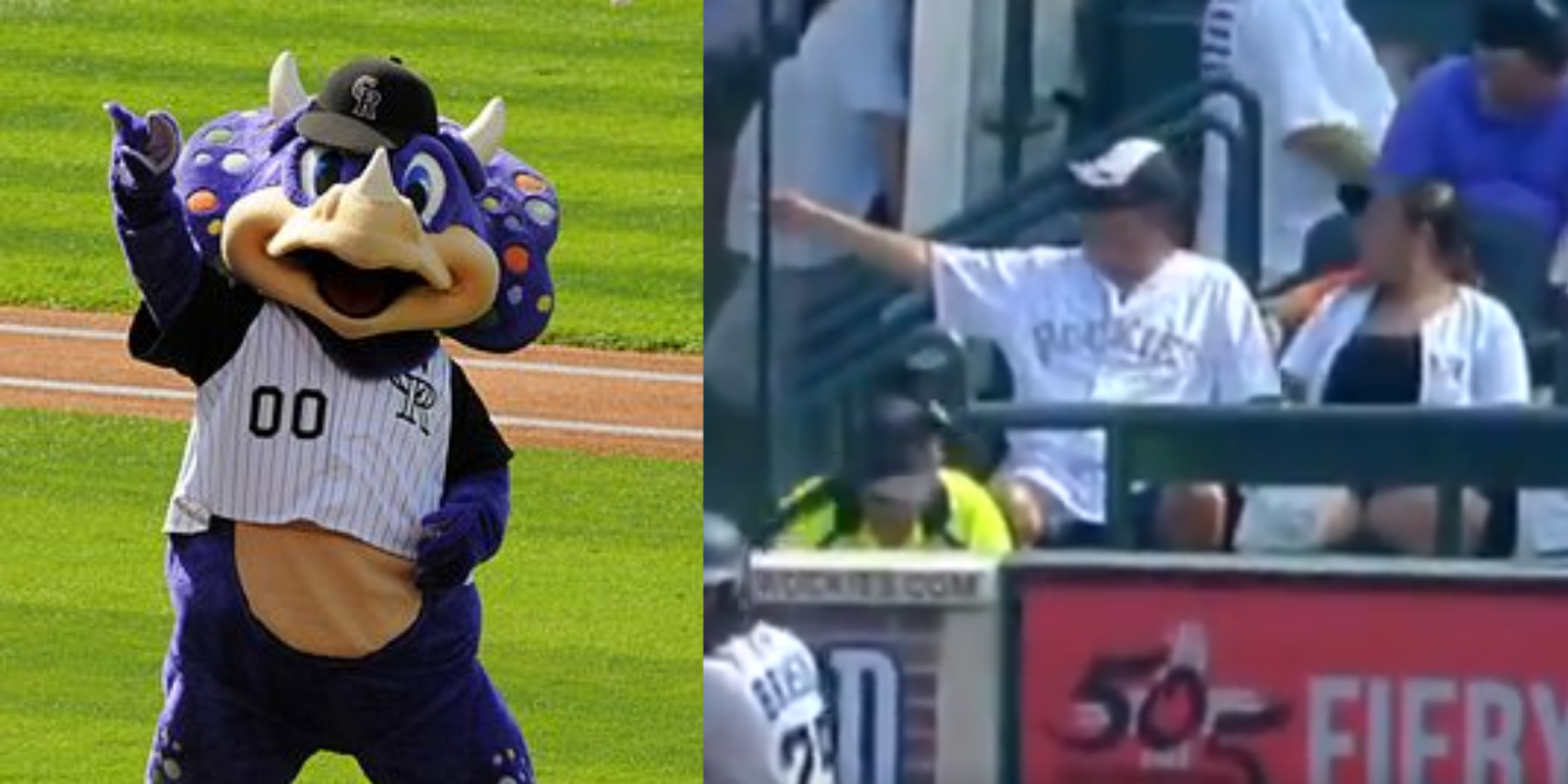 A Baseball fan was wrongly accused of yelling a racial slur at a player during Sunday's game between the Colorado Rockies and the Miami Marlins.

Crowd mics picked up a person shouting while the Marlins' Lewis Brinson was at the plate, and from there, the assumptions started to fly.

The Bleacher Report originally reported on the incident, with the headline "Rockies Investigate After Report of Fan Yelling Racial Slur at Marlins' Lewis Brinson":

"'Neither Lewis, nor any other Marlins on the field or in the dugout, heard what was shouted,' Miami spokesman Jason Latimer told the Associated Press in a text. 'We brought the matter to the attention of the Rockies. How the matter is being handled, I would have to defer to them.'"

"The Rockies have zero tolerance for any form of racism or discrimination, and any fan using derogatory language of any kind will be ejected and banned from Coors Field," the Rockies said.

Originally it was thought that the fan was yelling the N-word at Brinson, but, after the media frenzy, it turned out to be what critics are calling yet another "hate hoax." The enthusiastic fan was instead calling out the name of Dinger, who is the Rockies' mascot, trying to get his attention.

"NEW: The Rockies tell me last night’s incident was a fan shouting to get the attention of the Rockies mascot Dinger, not a racial slur. The Rockies have spoken to the fan who confirms this is the case. They’ve also reviewed video from the local broadcast."

It's not hard to tell that the man is clearly shouting "Dinger" in the video.

However, correction was later issued for the Bleacher Report article, stating, "Update: Steve Staeger of 9News in Denver reported on Monday that the fan was yelling the name of the team's mascot, Dinger."

The correction occurred, of course, after the fan was widely vilified and mobbed online.

Media critic and journalist Mike Cernovich pointed out that Bob Nightengale, a USA Today reporter, called for the mobbing of the man based on the hoax.

He was far from the only one. Outkick's Clay Travis pointed out that many of the media's left-wing "blue checkmarks" were in fact, hoping that the man was racist so that they could destroy his life:

Cernovich also pointed out that those who spread the hoax in the first place are also the same "journalists" who claim that only they can solve the "disinformation" problem in America: