Photos and videos surfaced on the internet showing Hunter Biden cozying up with celebrities and prominent LA artists Friday as he hosted his first art show at Milk Studios in Hollywood. 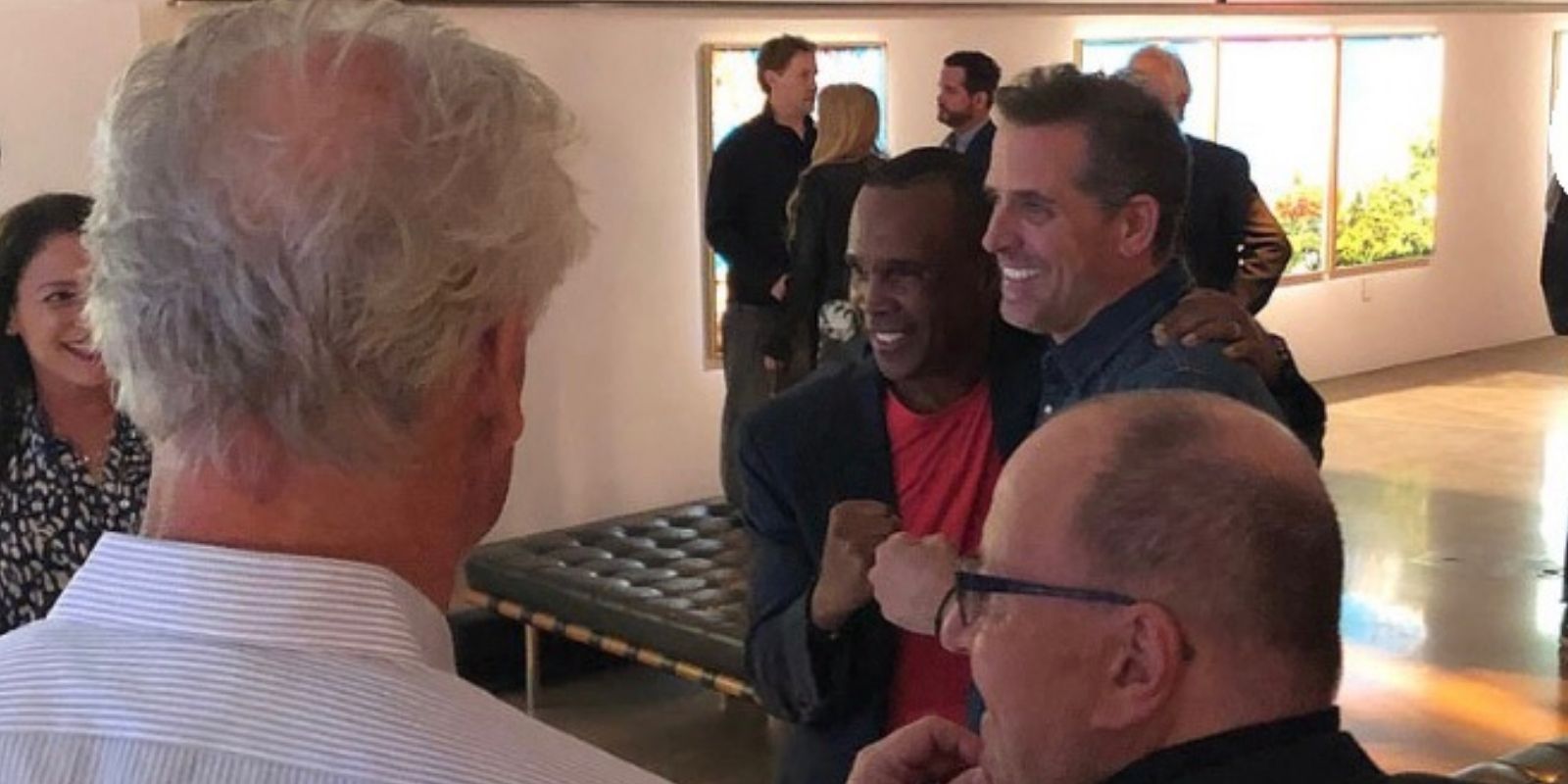 Photos and videos surfaced on the internet showing Hunter Biden cozying up with celebrities and prominent LA artists Friday as he hosted his first art show at Milk Studios in Hollywood. The event had roughly 200 people in attendance.

Hunter Biden, accompanied by his wife and two of his daughters, took photos with boxer "Sugar Ray" Leonard, LA Mayor Eric Garcetti, one-hit-wonder Moby, and visual artist Shepard Fairey. According to the New York Post, a similar event is to take place later in October at Soho's Georges Berges Gallery in New York.

However, critics voiced their concerns over ethical issues. "The whole thing is a really bad idea," opined Richard Painter, an expert in ethics who used to work as a lawyer for ex-President George W. Bush. The Post writes that all buyers will be completely anonymous to the Biden family at the New York show.

Hunter Biden continues to be the subject of no minor controversy. As recently as June, he used a racial slur in a conversation. He also faced scrutiny for several international business deals accused of being questionable. Among these is a potential link to the Chinese government in a joint investment into an equity firm.

When asked about the potential link by Newsmax's Emerald Robinson, White House Press Secretary Jen Psaki said they would have to ask Hunter Biden's lawyers. "The fact that Jen Psaki couldn't say, 'Yes, Hunter Biden divested his stake in that Chinese holding' tells me that he probably still owns it," said Rep. James Comer (R-KY). Comer also asked the Berges gallery for a copy of the anonymity agreement.

Hunter Biden also supposedly asked for $2 million in fees to help unfreeze $15 billion in Libyan assets per a Business Insider exclusive. It revealed a series of emails where Hunter Biden offered to unfreeze Libya's assets in 2015 while his father, Joe Biden, was vice president under the Obama administration.